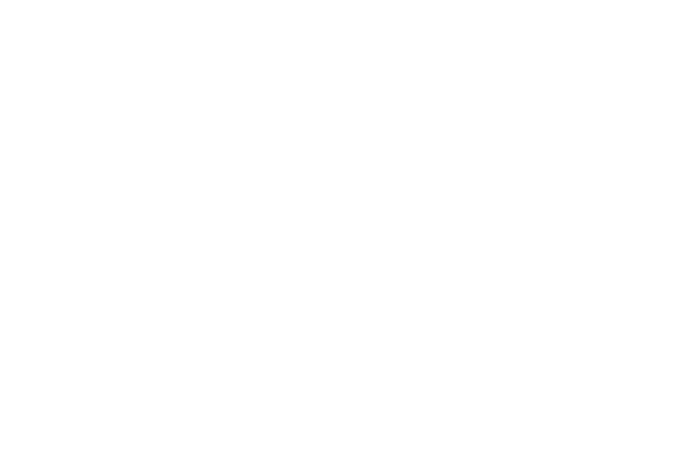 The new Lvcea watch by Bulari was revealed by the Italian jeweller during the opening of a new boutique in Paris Charles de Gaulle airport.

Lvcea, born of a passion for light and time. Lvcea is as luminously feminine as it is unmistakable. This 21st century sundial reflects the culture of Ancient Rome to exalt the measurement of time on a woman’s wrist with a blend of beauty and sensuality.

Wearable from sunrise to dawn, Lvcea brings glamour to the everyday and to every style. With powerful lines and a sensual design, the Lvcea displays an understated form of contemporary elegance, with more adapted proportions of a 23 mm case set. Lvcea luxury jewellery shines with Roman distinction thanks to the diamond indexes set. 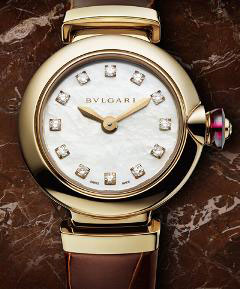 Bulgari, the magnificent Italian jeweller, master of coloured gemstones, announced the opening of a new 40 sqm boutique in Paris Charles-de-Gaulle Airport, Terminal 1. Entering the new Bulgari store is a virtual journey in a street of the eternal city, like a time travel in 2700 years of Roman inspiration, where Black Grand Antique marble and Travertino Navona column frame the entrance, flooring features a star-patterned walnut parquet.

Take a walk in the ancient city of Rome. An oval shaped counter in light bronzed galvanised iron, inspired by Carlo Scarpa, is an invitation to browse the shop and to explore the Bulgari main iconic collections. On top of it, a Murano crystal chandelier by Vistosi (Ecos, designed by the Venetian studio Renato Toso, Noti Massari e Associati) enlighten the products and the atmosphere.

Elizabeth Taylor’s portrait, an ambassador of the brand’s exciting lifestyle, elegantly welcomes you in the Italian jeweller’s universe. 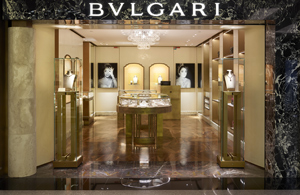 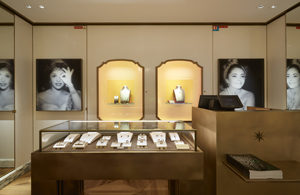 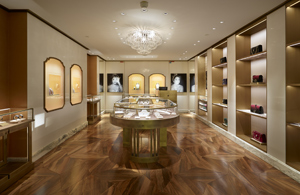