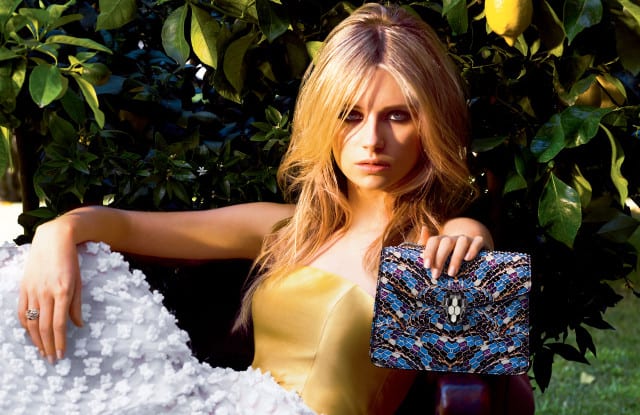 “I felt like a princess,” said Lottie Moss of posing with Bulgari’s accessories in the park of the Accademia Nazionale dei Lincei Villa Farnesina in Rome for a shoot earlier this summer.

Moss is the newly appointed accessories ambassador for the Italian brand and the budding model was presented in this role in Milan at the Hotel Bulgari on Friday, surrounded by the luxurious designs for spring .

“It was my first time in Rome,” she added. Moss, the younger half-sister of Kate Moss, said she was allowed to provide “input” into the shoot and “be creative.”

New York-based photographer Michael Avedon captured Moss perched on a vintage convertible car and sitting in a lemon garden. While her role of ambassador does not segue into an ad campaign, Moss has fronted ads for Calvin Klein, Tommy Hilfiger, PacSun Denim and Adidas Originals, among others.