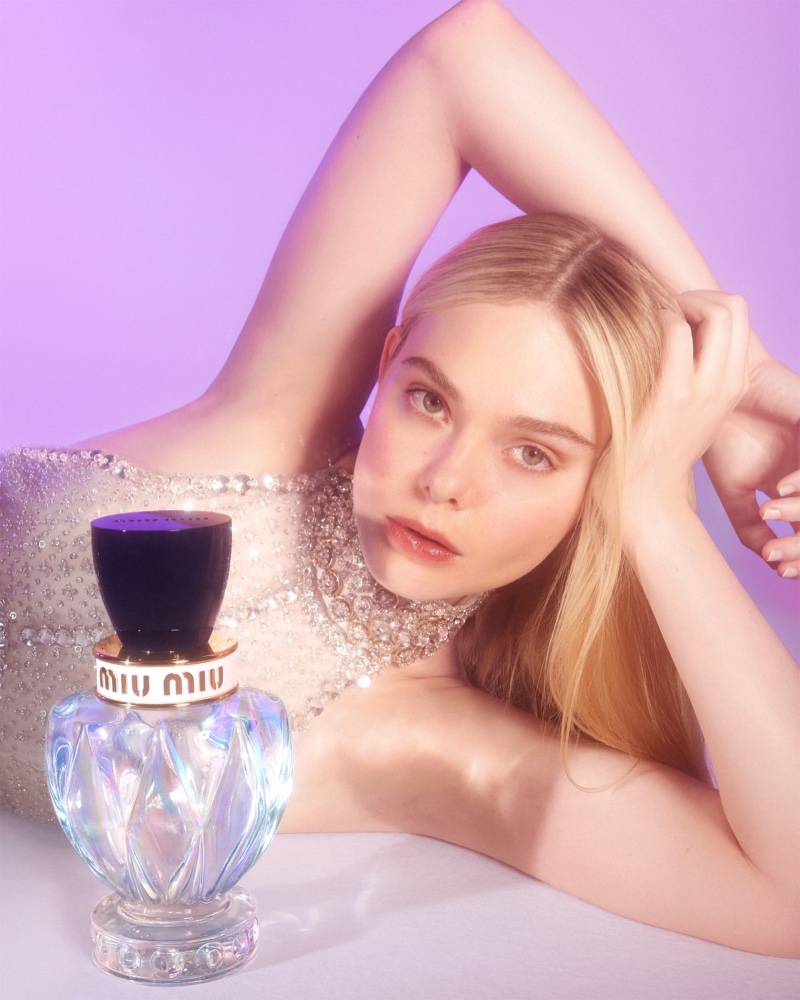 Actress Elle Fanning enters the cosmic-chic world of new Miu Miu Twist Eau de Magnolia, and journeys back from the moon, bringing with her a new twist to share with the world.

Miu Miu reenlists Elle Fanning for an update of its Twist scent with the Twist Eau de Magnolia fragrance campaign. The actress can be seen in images wearing a strapless dress with a high neckline that is adorned with sparkling crystals. The advertisements were inspired by a trip to the moon, with the blonde returning to earth in dreamy, pastel-filled shots.

Comice pear, magnolia, and cosmone musk are some of the notes that one can find in a fragrance that is described as a fresh floral. The bottle has lettering that has a gold tone to it, and the body of the bottle is made of iridescent glass inspired by all of the colors of the cosmos. The 30 ml, 50 ml, and 100 ml sizes of the newly released Twist Eau de Magnolia have a price point of $75, $105, and $135, respectively. 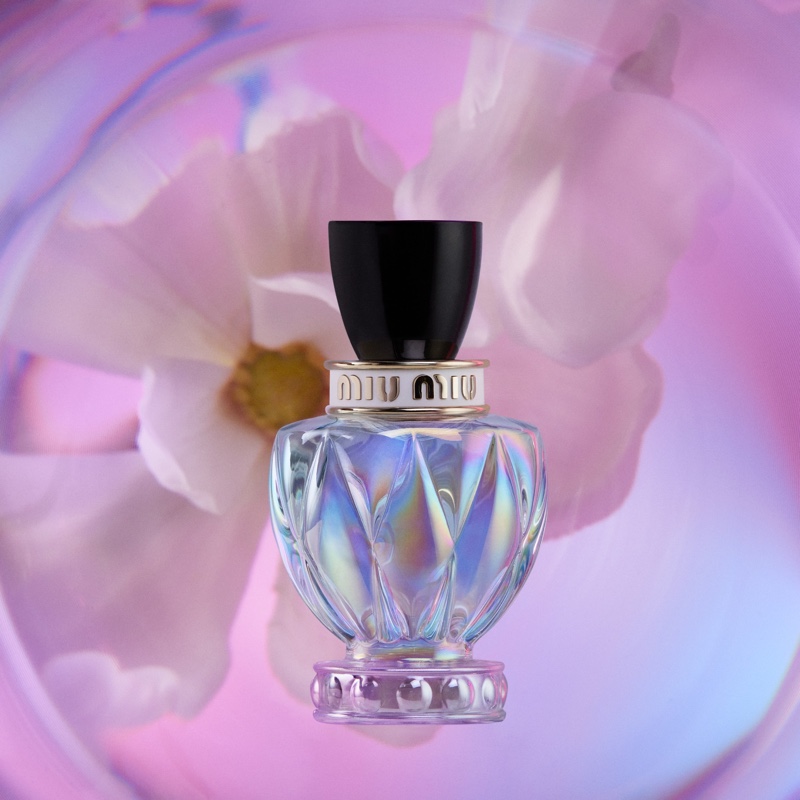 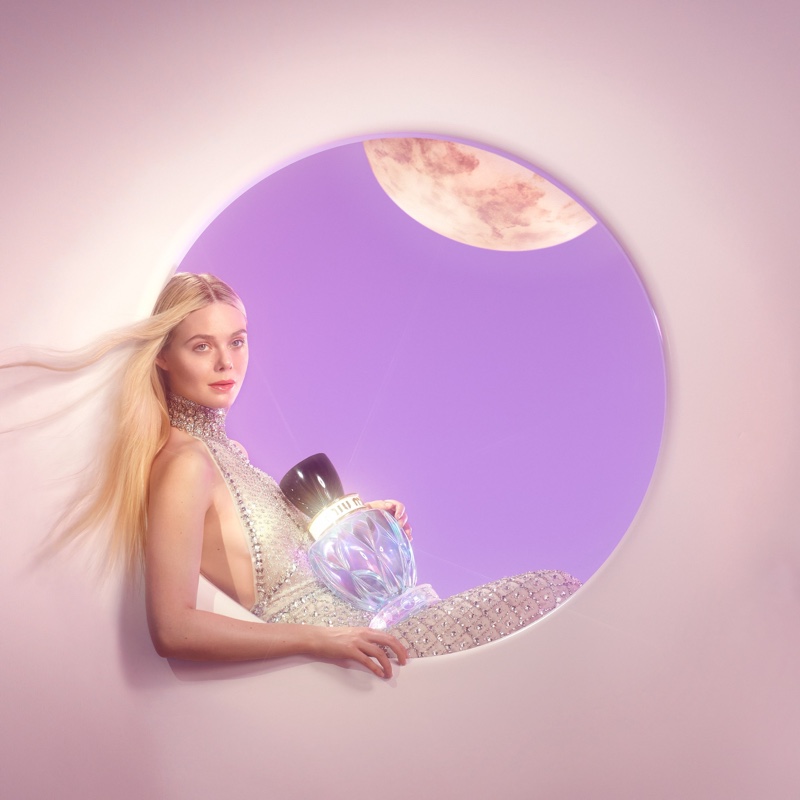 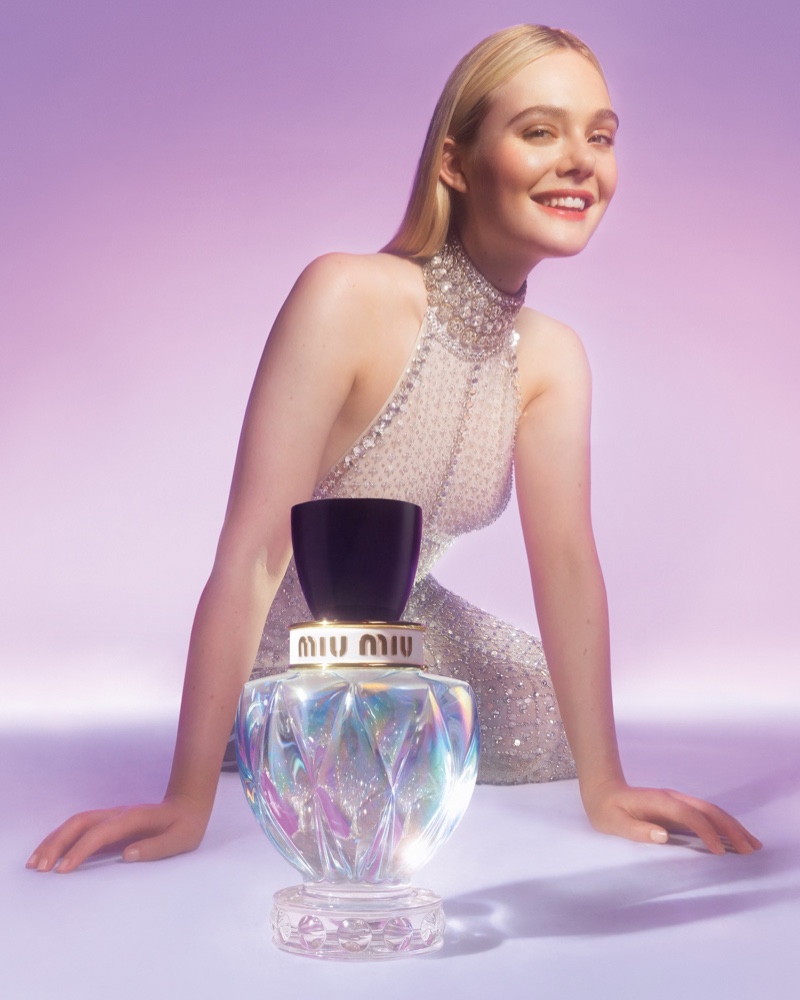 Back from the Moon with a brand new Twist. 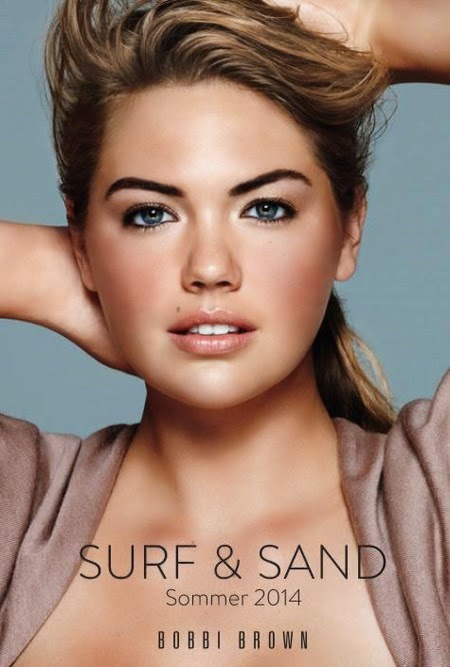 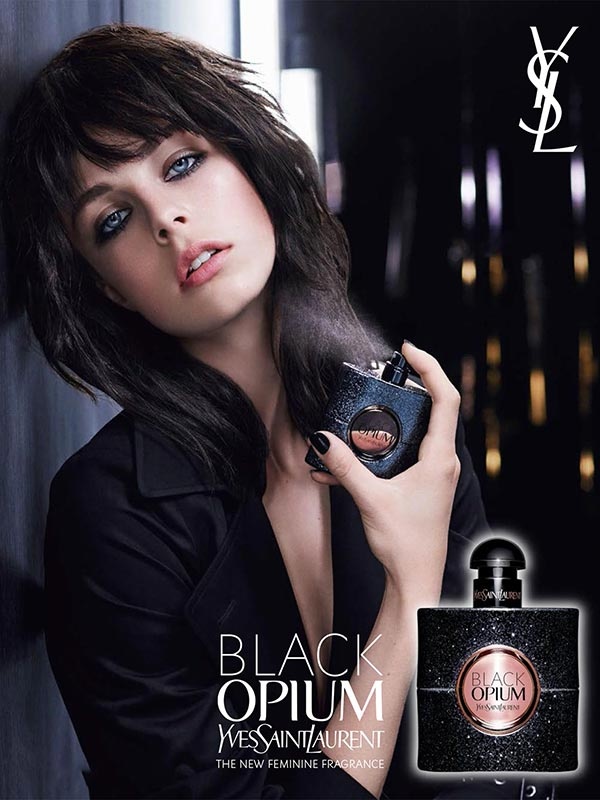 This year’s most popular fragrances are… 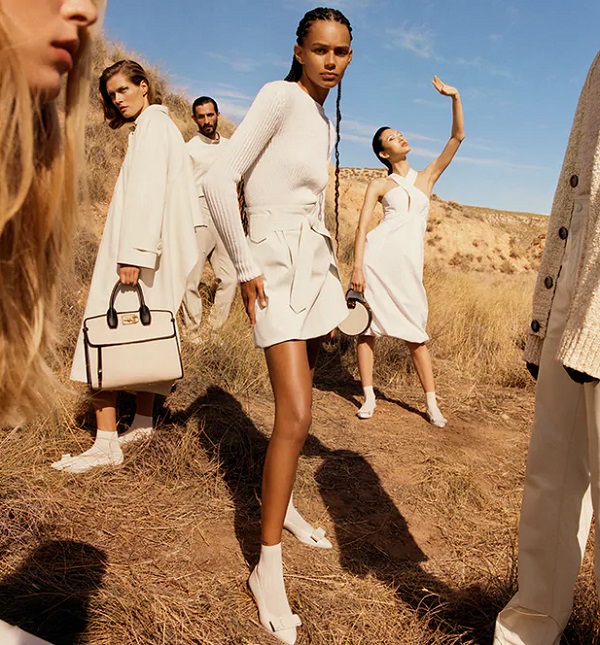 Salvatore Ferragamo will set you free for summer