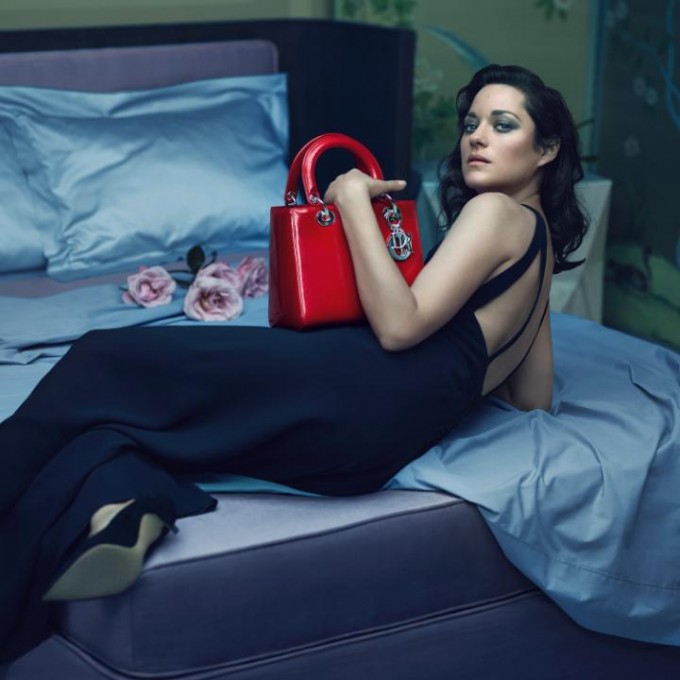 Marion Cotillard smoulders in her latest role – as the face of Christian Dior’s Lady Dior bag. Shot by famed photographer duo Mert & Marcus, the Oscar-winning actress reclines on dusky blue satin sheets, wearing a form-fitting navy dress from the cruise 2016 collection – one of the last to be designed by Raf Simons – and clutching the classic top handle leather bag in bronze and scarlet.

It seems it’s business as usual for the Dior team, the campaign coming mere days after the shock departure of creative director Simons, which was announced last week. Continuing her association with Dior that has been running since 2008, the 40-year-old actress is part of the luxury house’s network of beautiful celebrity faces including Jennifer Lawrence, Charlize Theron and Mila Kunis, and most recently Rihanna.

Currently to be found in cinemas near you in Macbeth alongside Michael Fassbender, the Parisian actress is one of France’s best cinematic exports. Having won an Oscar for her performance as Edith Piaf in 2007’s La Vie En Rose, Cotillard has made a name for herself as Hollywood hot property, scoring roles in big blockbusters including Inception (2010) and The Dark Knight Rises (2012).

The Lady Dior bag was created in 1994, its quilted pattern inspired by the Napoleon II chairs that Mr Dior himself adored. Originally called ‘Chouchou’, it was renamed after Princess Diana in 1995, as she carried the bag everywhere after being presented with one by the then-first lady of France, Bernadette Chirac. 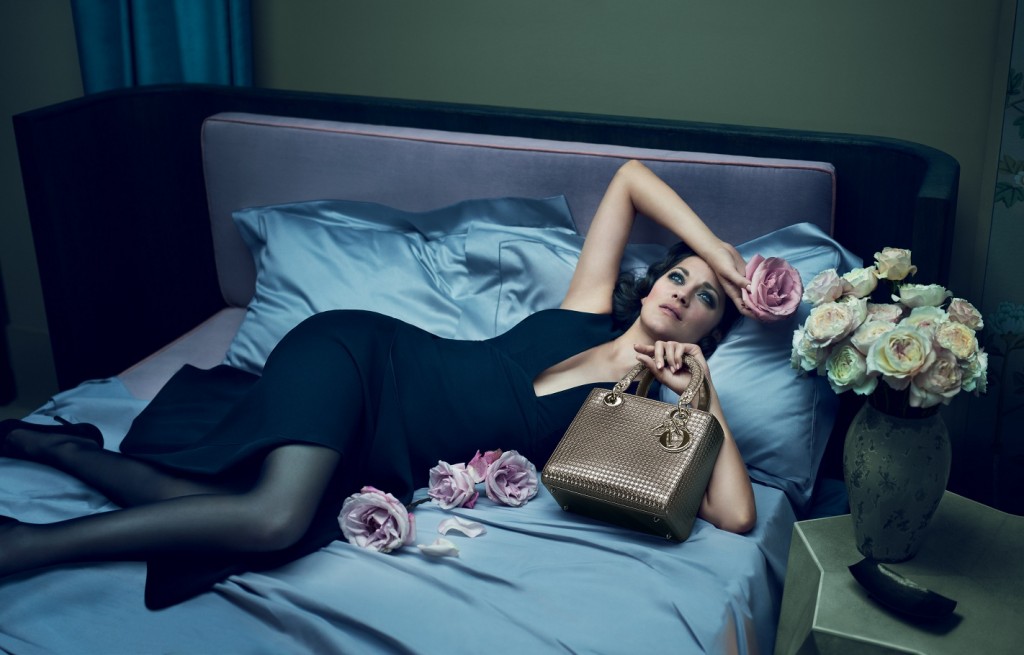 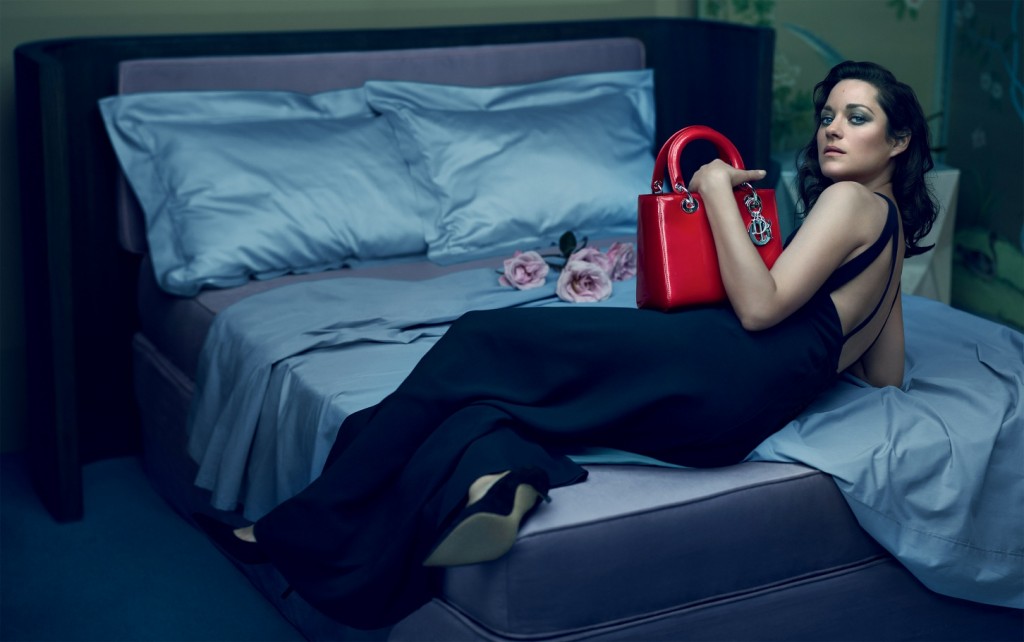