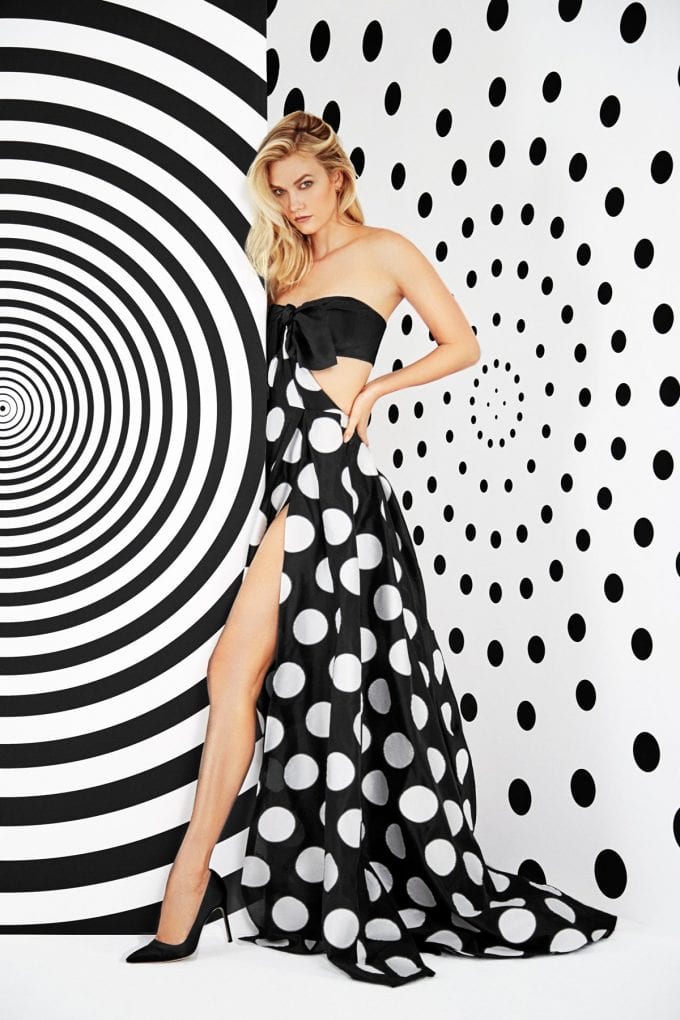 Carolina Herrera has unveiled a new collector’s edition of its best-selling Good Girl fragrance inspired by the polka dot pattern with a bottle designed by Carolina Herrera de Baez in collaboration with Karlie Kloss.

Good Girl was introduced in 2016 and has so far had several collector’s editions with an unchanged composition of the original edition created by perfumer Louise Turner. The famous stiletto-shaped bottle is now in black with a polka dot motif, selected to celebrate this elegant perfume.

As the brand explains: “The year 2019 marks the third anniversary of the collaboration between the American model and Carolina Herrera Perfumes, and to celebrate the occasion Carolina Herrera de Baez and Karlie Kloss have embarked on a creative and artistic project which is set to strengthen the relationship between the model and the brand.”

“We always knew she was the perfect embodiment of the Good Girl: elegant, stylish, beautiful, funny and with a naughty side. We soon discovered she was even more talented. Karlie is hard working, savvy, positive, curious, charismatic and committed. She is the ultimate modern muse!”, describes Herrera de Baez. 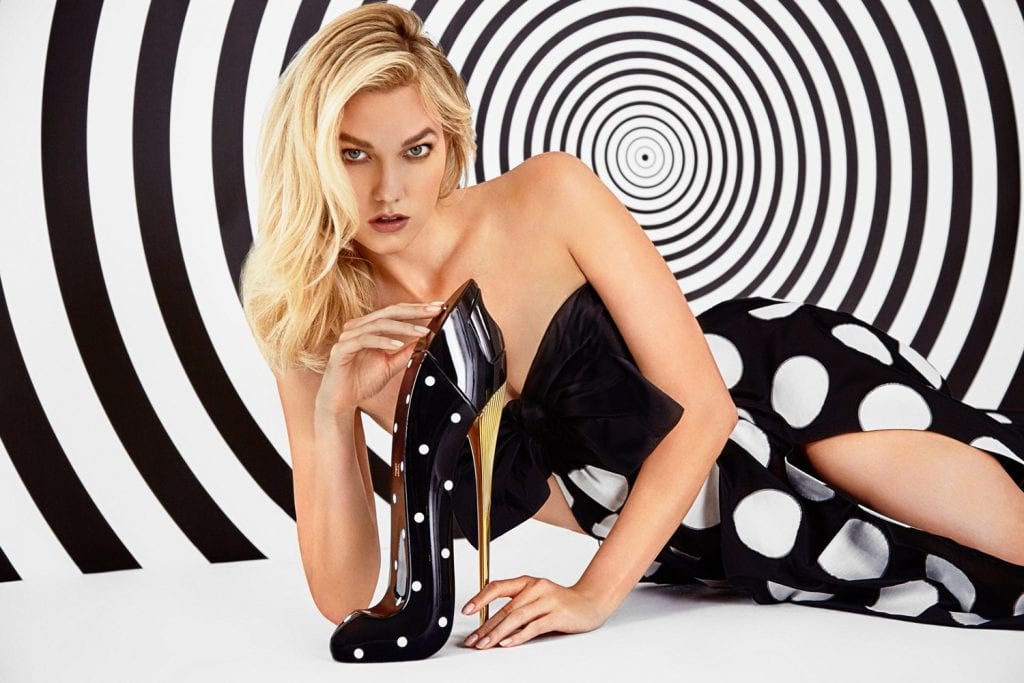 Classic and modern. Sophisticated and irreverent. Mysterious and eloquent.
The new edition is inspired by the irreverent polka dot pattern – the black and white spots, one of the earliest of Carolina Herrera’s quintessential elements – and it has been presented by model Karlie Kloss, the image of the scent.

“Intelligence and naughtiness can make us powerful and feminine. These qualities are inspiring. Being a leader and feminine at the same time is possible; we can empower our life with feminine strengths. For me, it was essential to launch a special edition that would celebrate this duality in women,” explains Carolina Herrera de Baez, creative director of Fragrances. 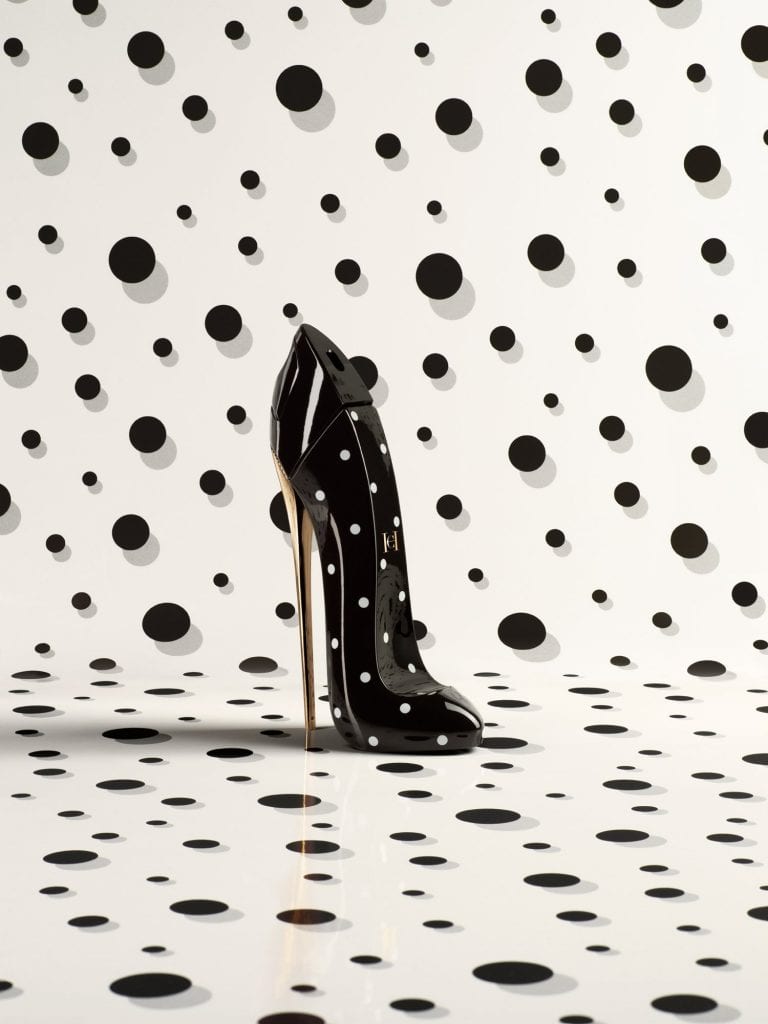 THE HISTORY OF A SYMBOLIC MOTIF
“The new flacon features polka dots, because which pattern can be more mischievous and versatile than these irreverent and iconic spots?

Since its debut in 1981, Carolina Herrera has relied on the power of the fun, circular motif. The perfume history of the house has also been written with white and black spots.
The polka dot was already present in the first fragrance, Carolina Herrera by Carolina Herrera (1988), an instant hit which continues to captivate millions of people around the globe. Since then, Carolina
Herrera has employed the same archetypical element in many of her fragrances.

Polka dots are highly expressive at Carolina Herrera: a privileged witness of the evolution of Haute Couture – she started attending Paris Fashion Week in her early teens, the usage of this fashion statement is a tribute to tradition, specially to Spanish culture and to European designers. In the 80s, their effortless elegance prevailed: they appeared mainly in black and white and paired with stripes. In the 90s and from the year 2000 on, they cemented their cult status with a colorful and cheerful palette.

The black and white motif is at the center of Carolina Herrera’s fashion universe and it is usually teamed up with other of her famous prints, like stripes, flowers or blocks of opposite colors. Through this powerful, striking code, the designer demonstrates her skill for balance and harmony: She is a master at playing with volumes, fabrics and colors.”

Polka Dots are playful, light-hearted and stunning, and they channel the confidence and sophistication of the Carolina Herrera lifestyle. As the designer likes to say, sometimes the simplest things are the most profound. “It was really special to work
alongside the Carolina Herrera team and look back at the brand’s history when deciding on the creative for this campaign,” said Karlie Kloss, ambassador of the perfume.

“Besides being a timeless fashion staple, polka dots have incredible significance for the Carolina Herrera brand, and evoke much of what this campaign is all about: glamour, femininity, optimism and confidence.” Another quality of the Polka Dots is
the alegría de vivir (“joy of living” in Spanish): They express sophistication in an effortless and naughty way. “One of the greatest things about perfumes and fashion is that they can give us a boost of confidence. Polka dots, as it happens with good scents, empower,” concludes Herrera de Baez. 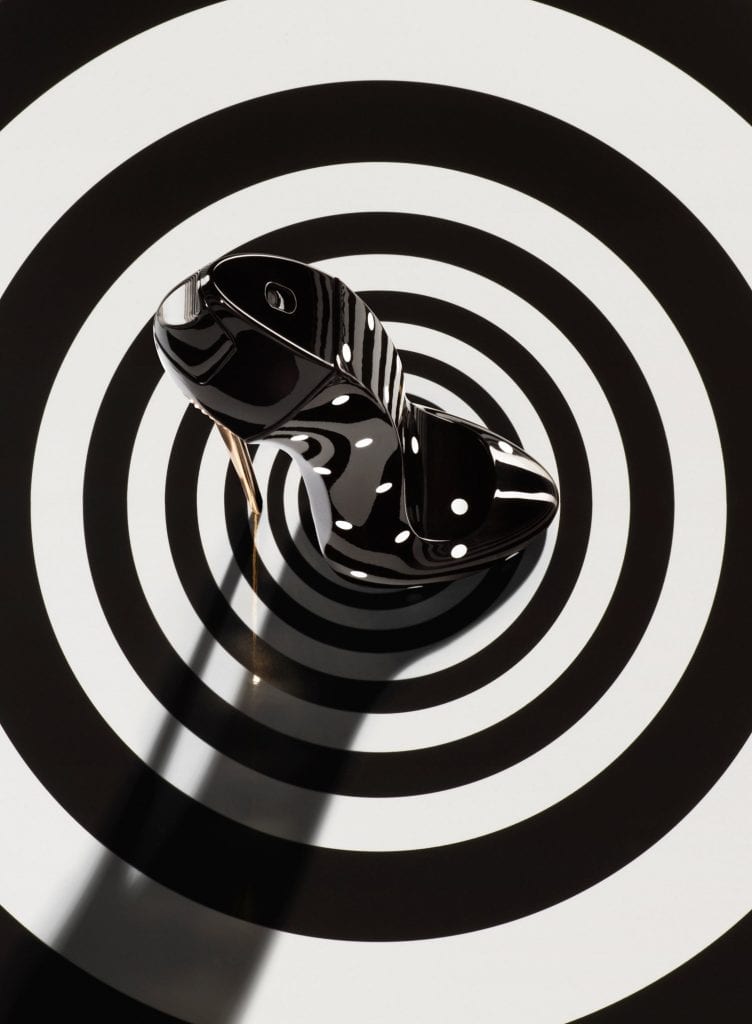 The black stiletto decorated with white dots GOOD GIRL DRAMA DOT COLLECTOR EDITION retains the original composition signed by perfumer Louise Turner, which is a huge hit from the Carolina Herrera perfume line. In the opening there are almonds and coffee, brightened by bergamot and lemon drops. The rich floral heart reveals tuberose, Damascus rose, jasmine, orange blossom powdered by orris root, while the base is gourmand from cacao, praline, cinnamon and vanilla, truly warmed and pampered by tonka beans, cashmere wood, sandalwood, cedar, patchouli and musks. 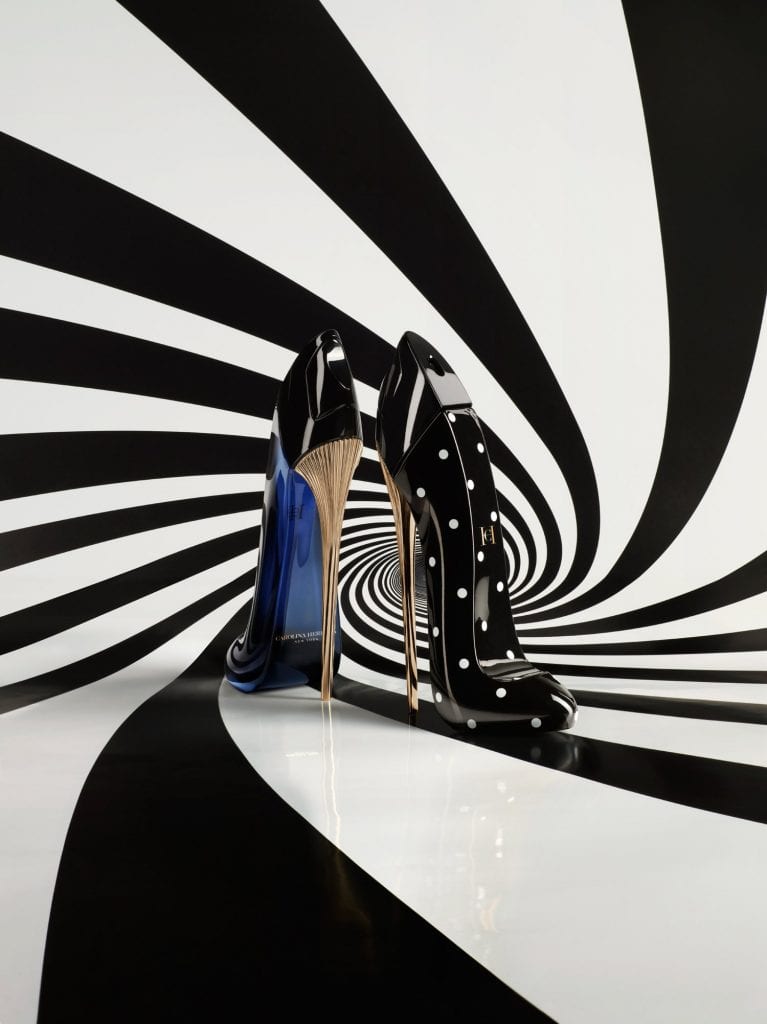 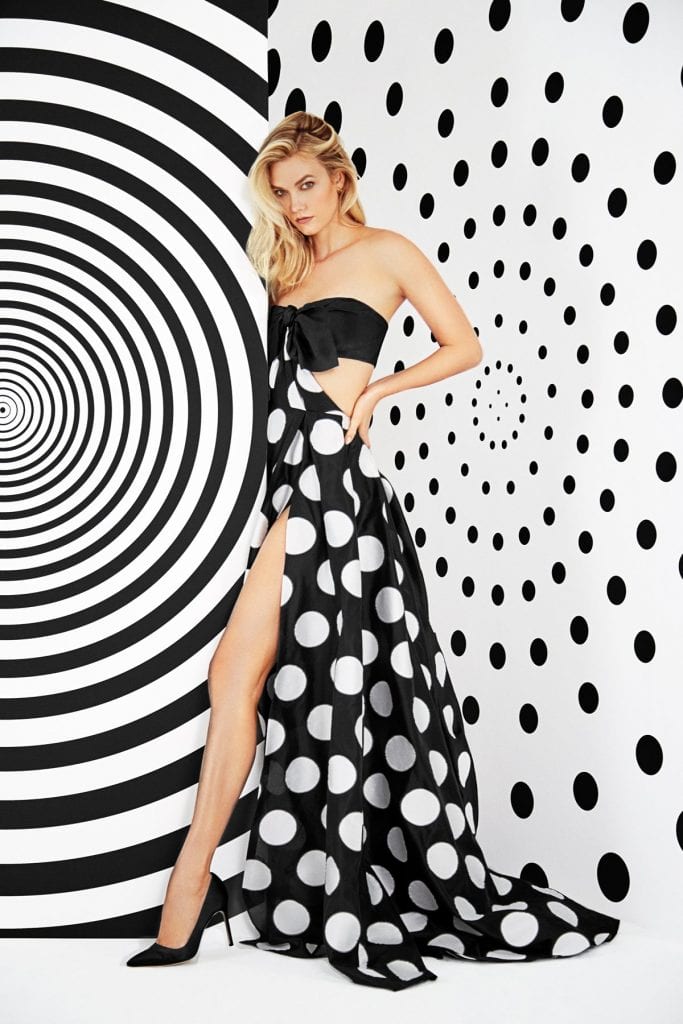 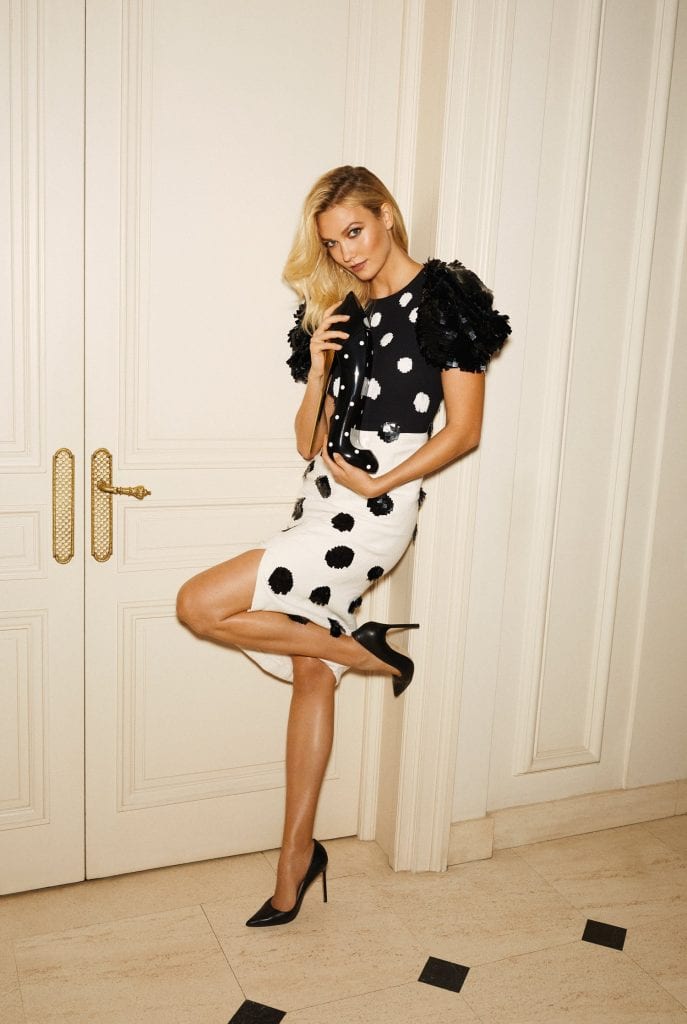 ← Tomatin release The 1975, the rare, newest edition of The Warehouse 6 Collection