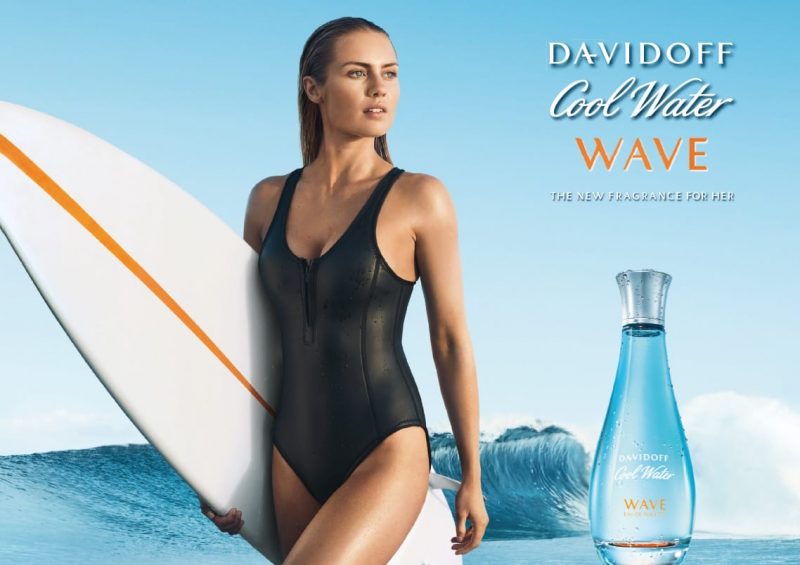 A new feminine fragrance from the Davidoff Cool Water line – this a counterpart of the Wave Man edition which debuted last year.

One year has passed since DAVIDOFF Cool Water Wave Man introduced a fresh and modern adrenaline boost. As they seek the thrill of the first wave, their game of seduction begins. She is passionate and fearless while he is determined and powerful. A spirited sensuality is awakened as they play, compete and go beyond their limits. All else is forgotten. Launching down the glassy face of the translucent curl they fearlessly succumb to the wave’s seductive powersand to their mutual attraction. When the momentum of the surf escalates and the swell of the sea breaks to envelop them in a mass of foamy water, their game of seduction intensifies.

DAVIDOFF Cool Water Wave Woman is the latest fragrance to experience the deep affinity between femininity and the freshness of the ocean. The Davidoff woman is an equal rival to the Davidoff man. She shares in the exquisite sensuality that beguiles her male counterpart. As enigmatic souls on the surfboard, they ride in tandem indulging in one another’s playful attractiveness. She succumbs to her passion, to the force of nature and to this irresistible freshness. 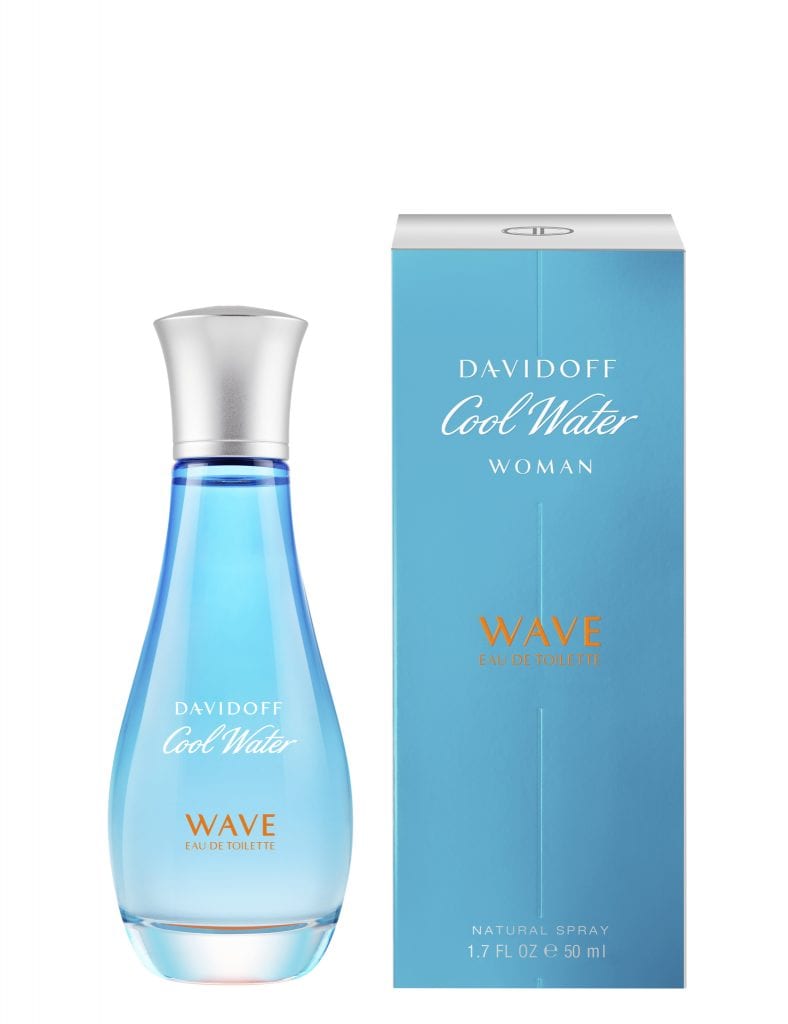 DAVIDOFF Cool Water Wave Woman was created by Maia Lernout (Takasago), in collaboration with acclaimed perfumer Francis Kurkdjian (Tagasako). Francis Kurkdjian was inspired by Bondi Beach’s iconic stretch of fine yellow sand and curling ripples of turquoise. Echoing Francis’ inspiration, Maia Lernout meticulously chose ingredients to marry-natural elements to a game of seduction. In order to achieve COOL WATER’s iconic, energising and vibrant freshness, she created a sun kissed accord while adding some salty amber facets to conjure sensations of the ocean. Sparkling citrus oils such as Lime combined with a juicy pear accord offer an energising character. While the alluring ingredients of a solar faceted Bondi Beach flower coupled with Sambac Jasmine evoke the seducing attraction of quintessential femininity.

Reminiscent of a precious droplet of the sea, the DAVIDOFF Cool Water Wave Woman translucent and feminine bottle captures the classic Davidoff turquoise blue as it embraces the freshness and boldness within. The new refined modern shape capitalises on its predecessor (DAVIDOFF Cool Water Woman) while further celebrating the beauty of the female form with the addition of feminine curves. The weight of the glass is markedly precious as the premium silver cap adorns the bottle with sophistication. The slight hint of orange bounds it together with her male counterpart echoing the last of the sun’s rays.

World renowned photographer and director Jacob Sutton is seated at the helm of this campaign starring the most daring couple known to catch the wave,actor and model Scott Eastwood and stunning surfer and model Elyse Knowles. Enigmatic, seductive and powerfully independent, Elyse is the embodiment of the new Davidoff woman. A statuesque beach-loving beauty, svelte and honey tanned, she possesses the sensuality to perfectly rival Scott as the chase begins to catch the world’s most impressive wave, the Teahupo’o.

Shot in paradisiac Tahiti, the exciting campaigns how cases the audacious 10-foot barrel.The tussle of the waves shown alludes to a game of seduction as the surfers display incredible feats of agility. The strength of the waves and the infinity of the ocean serve as a never-ending inspirationto reach a woman’s potential. DAVIDOFF Cool Water Wave Woman is the perfect companion for such a thrilling experience. The seductive allure of the fragrance has the power, scent and beauty of the sea to compliment women as they venture forth in their seduction game to #catchthewave. 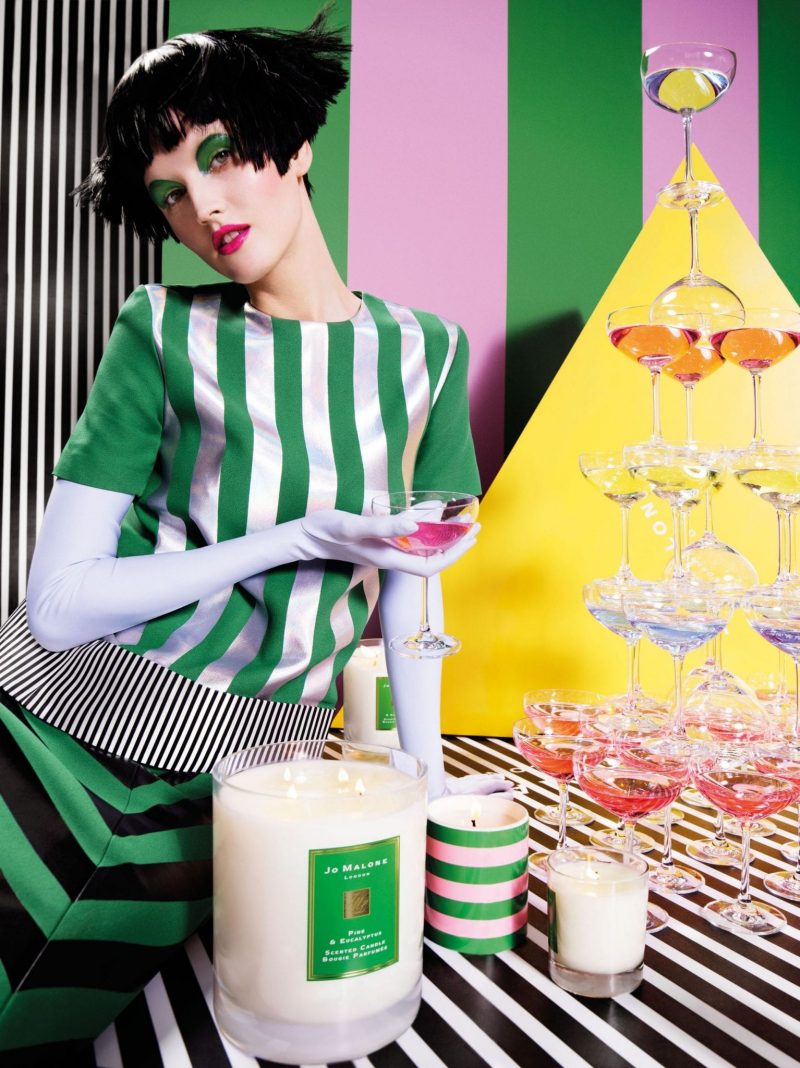 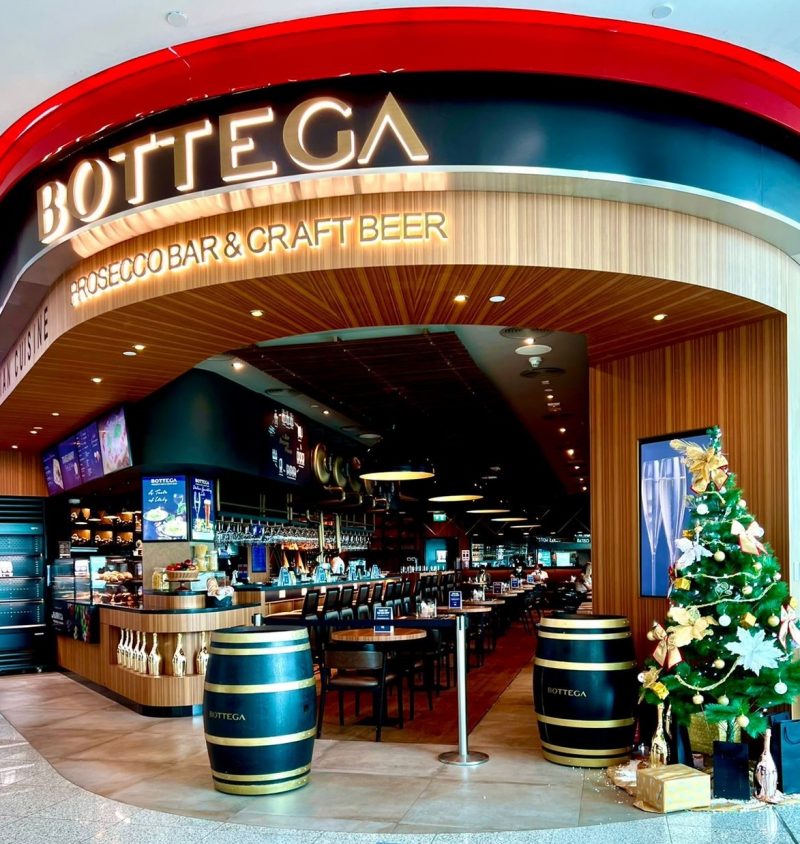 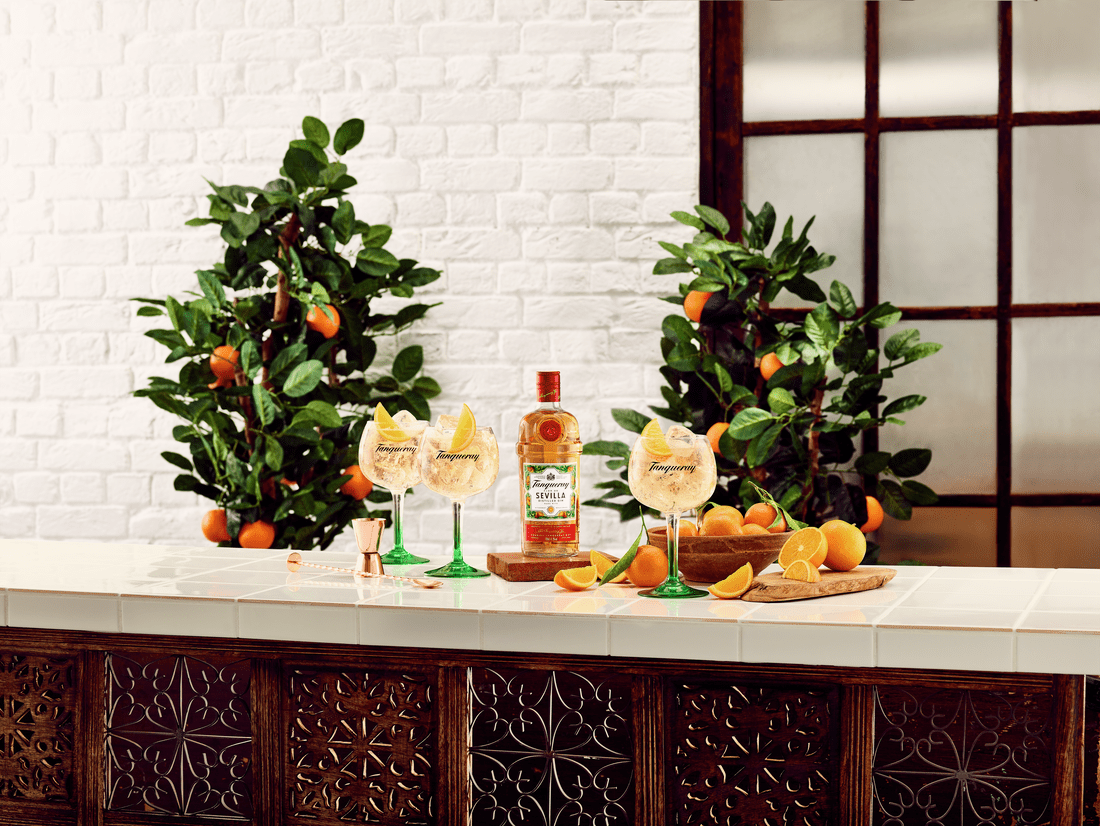