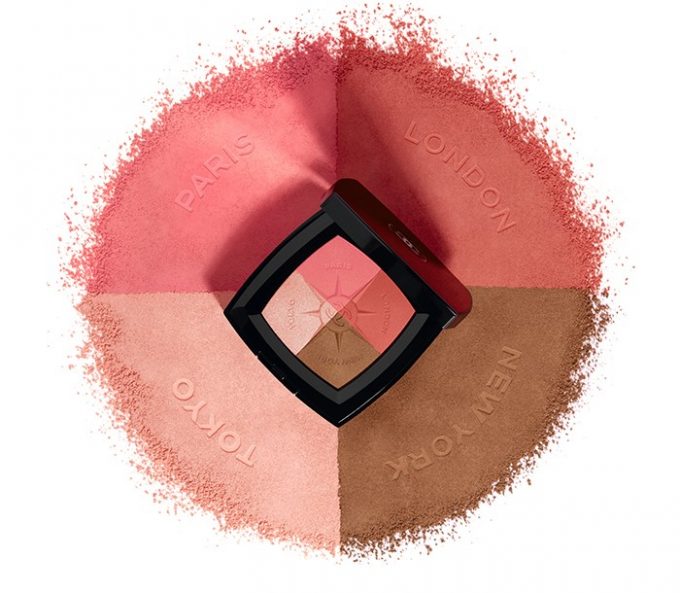 Includes applicator for precise result and harmonious blend of shades.

Paris – A fresh and satiny pink blush that recreates the flush of brisk air of Paris along the banks of the Seine River.

London – A deep coral blush, inspired by the colourful façades of the Portobello Market in Notting Hill.

New York – A satiny powder that brings to mind the metallic golden finish of the Brooklyn Bridge.

Tokyo – A subtly rosy illuminating powder that recalls the poetic grace of cherry blossoms in Japan. 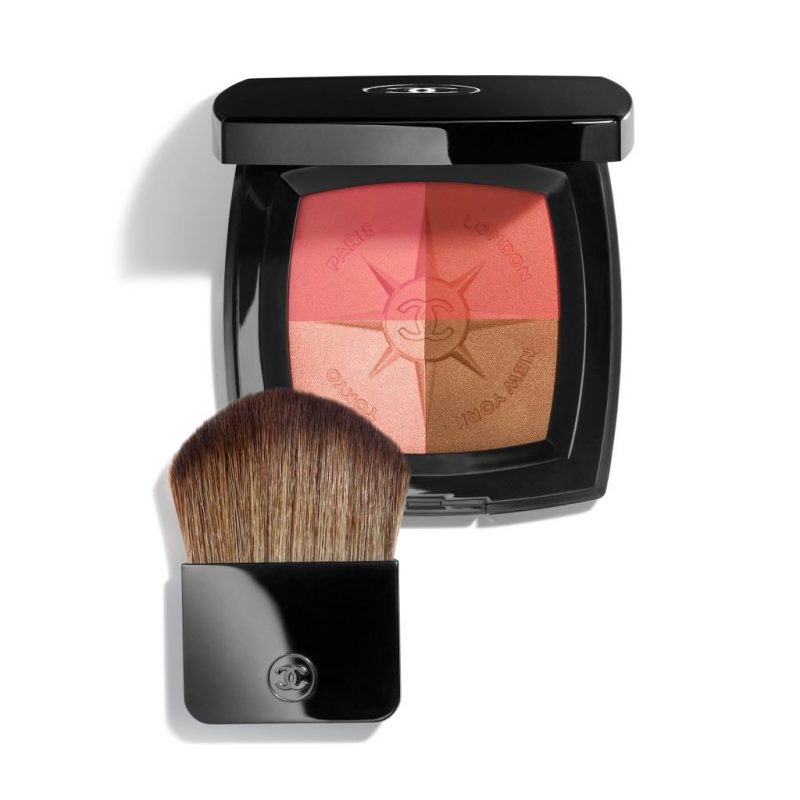 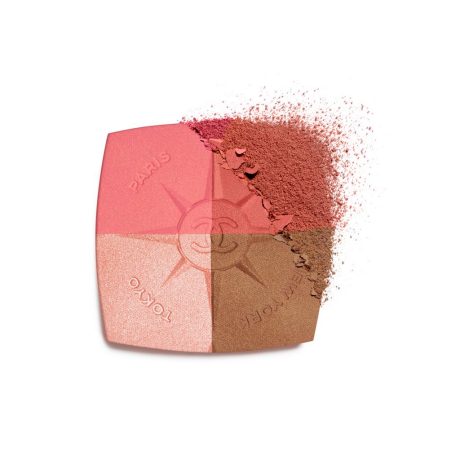 Paris – Apply the Paris shade to your cheekbones, then gradually blend using circular movements for a healthy glow effect. Use alongside with the London shade to embellish your complexion even more.

London – Apply the London shade to your cheekbones, then gradually blend using circular movements for a healthy glow effect. Use alongside the Paris shade to add a touch of radiance to your complexion.

New York – For a natural and sun-kissed complexion, apply the New York shade to areas where the sun is most likely to tan your skin: cheekbones, forehead and bridge of the nose. Blend gently. Add a touch of the Paris shade for a radiant rosy finish.

Tokyo – Apply the Tokyo illuminating powder to areas of the face that catch the light (cheekbones, bridge of the nose, Cupid’s bow). Mix the shade with the Paris or London blush to heighten the luminosity. 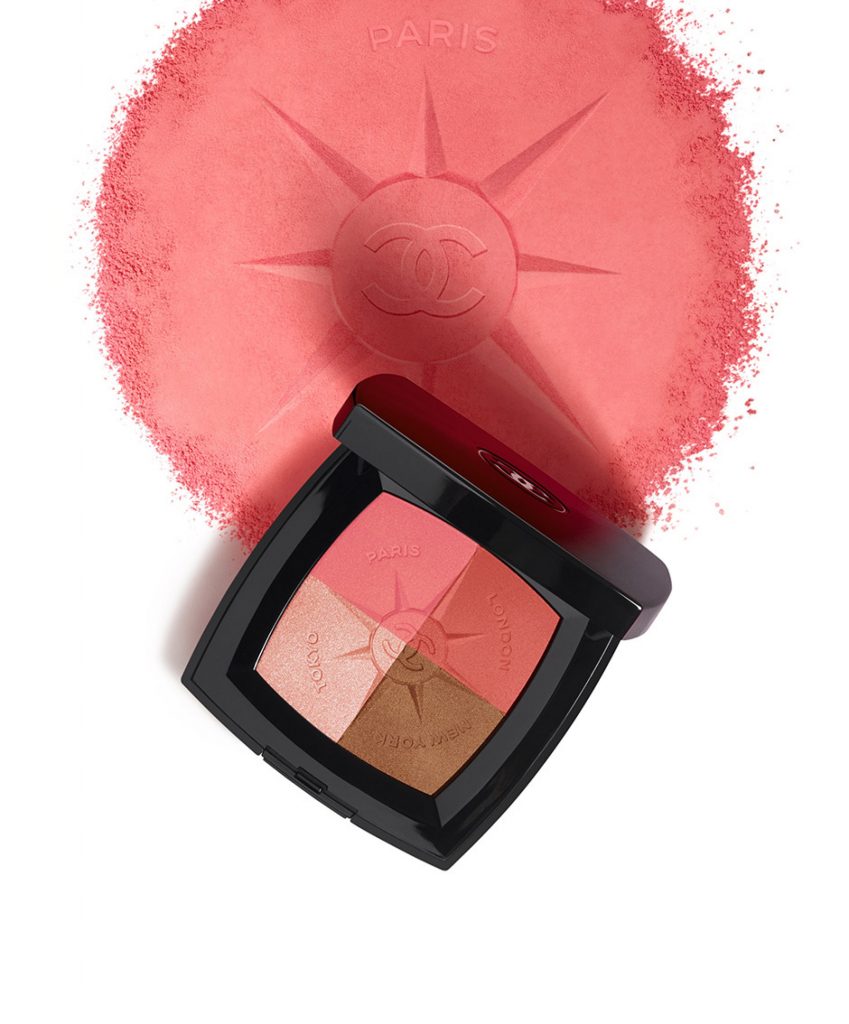