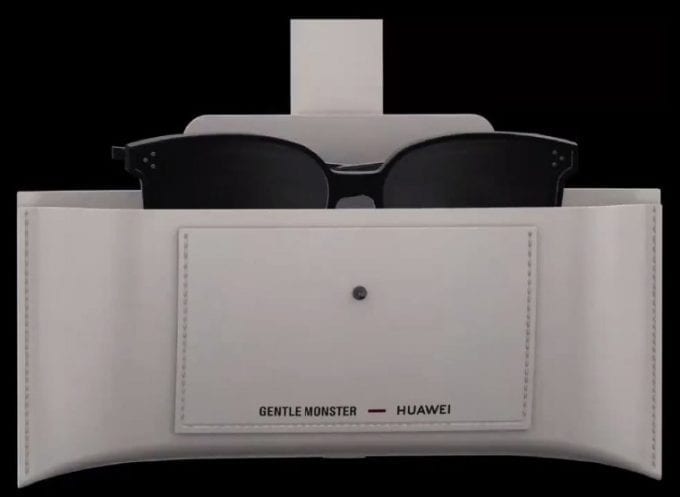 The new accessory was introduced at the tail end of a splashy smartphone launch by the Chinese tech giant in Paris, which was mostly focused on the power of the phone’s camera, but also included a power bank, ear buds and a new triathlon mode for its smart watches. The eyewear was introduced as “one more stylish thing.”

“You can pick up a phone call when your phone is in your pocket or your bag,” said Richard Yu, chief executive officer of the Chinese tech giant’s consumer business group, strolling across a stage in front of a colossal screen. “It’s a new fusion of fashion and technologies,” he added.

Hankook Kim, the soft-spoken cofounder and ceo of Gentle Monster, also took to the stage, explaining that the label’s 18 stores are different — each with an individual and elaborate theme, built by in-house design teams — and showing images of futuristic eyewear.

The future is now! Together with Gentle Monster we have joined forces to take your wearable intelligence to the next level with #HUAWEI X GENTLE MONSTER EYEWEAR. pic.twitter.com/MrgO2esXK4

“At the same time, we can make normal sunglasses,” he added.

“It is normal but actually it is slightly different…we believe the small difference changes everything.” The label chose more ‘normal-looking’ eyewear for the connected devices, including wire-rimmed glasses and dark sunglasses. The technology is inserted into slightly thick, but light branches — including antennae and microphones, with speakers tucked near the part that rests behind the ear, the microphones equipped with noise reduction powered by artificial intelligence.

Kim stressed the importance of the aesthetic of the eyewear.

“If you want to see how it looks on normal people, you can look at me,” he said. 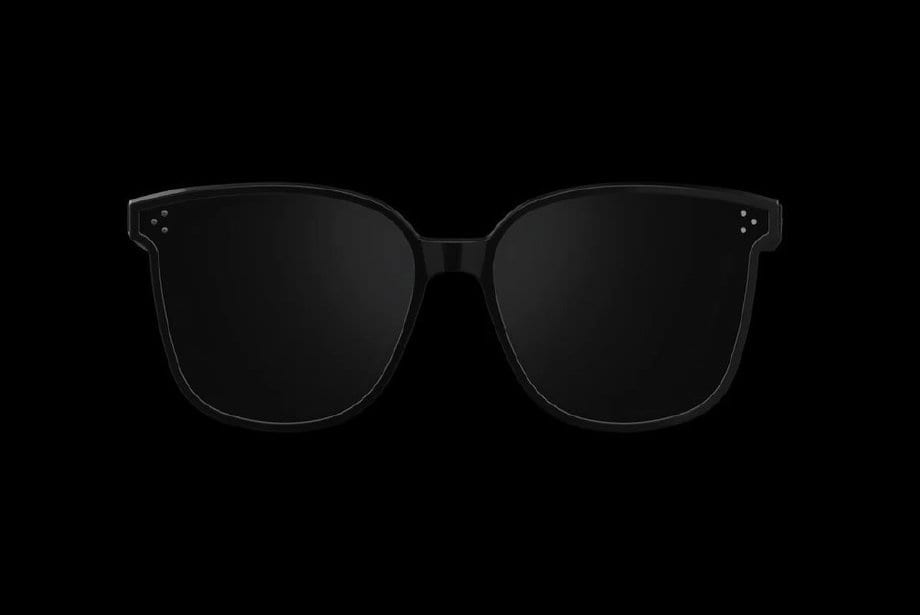 Speaking after the presentation, Kim told WWD that the project would broaden the label’s notoriety.

“I hope more people will understand who we are, what we do — it could be more mainstream [but] could be a chance to work with more people,” he said.

“I really appreciate Huawei because they realize that eyewear comes first and smart comes later,” he added.

The label was established in 2011 and shot to fame when actress Jun Ji-hyun wore a pair of the brand’s sunglasses in the hit Korean series, “My Love From the Star.”

Other projects this year include a collaboration with streetwear label Ambush, a new store in Dubai planned to open in May and a kids line set for June. Owners include private equity firm L Catterton Asia, an investment partner to luxury goods behemoth LVMH Moët Hennessy Louis Vuitton.