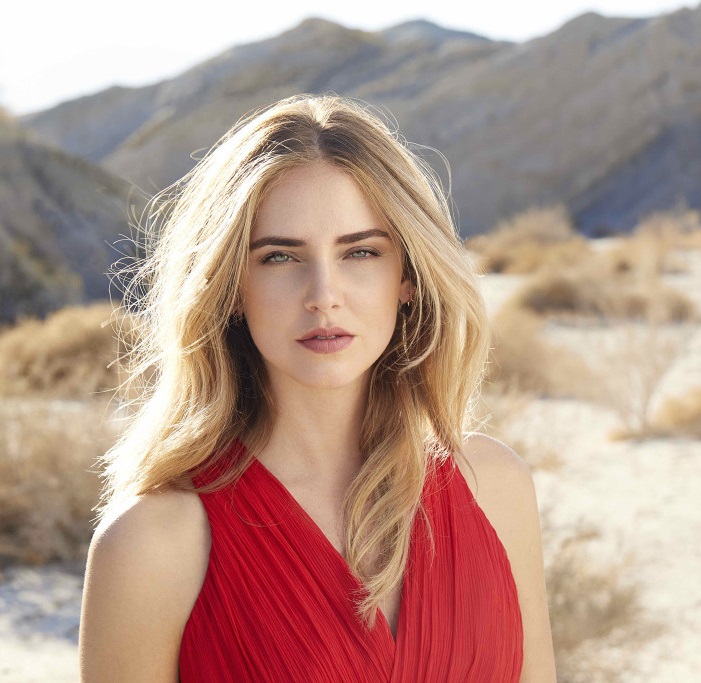 Skincare superbrand SK-II and Chiara Ferragni are joining forces. The influencer is one of four faces chosen by the brand to take part in the initiative, see more below…

The Blonde Salad’s Ferragni is one of four faces selected by SK-II to take part in a global campaign that begins today, “Face the Wild / Face the Camera Extreme Expeditions.”

The brand partnered with National Geographic to create a series of four short films shot in extreme conditions, including the Yanbaru jungle in Okinawa, Japan; the active Ijen Volcano in Indonesia; the Anza Borrego Desert in California, and the Changbai Mountains in North East China, which has below-zero temperatures. Ferragni, along with Kasumi Arimura, a Japanese actress; Nini, a Chinese actress, and Lee Si-young, a Korean actress and national boxer, each travelled to one of these far-flung locales to “put their skin to the test” using SK-II’s hero product, Facial Treatment Essence. 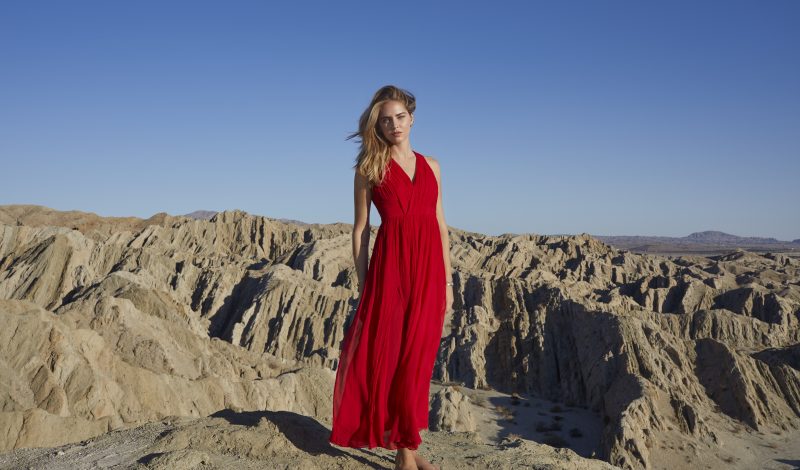 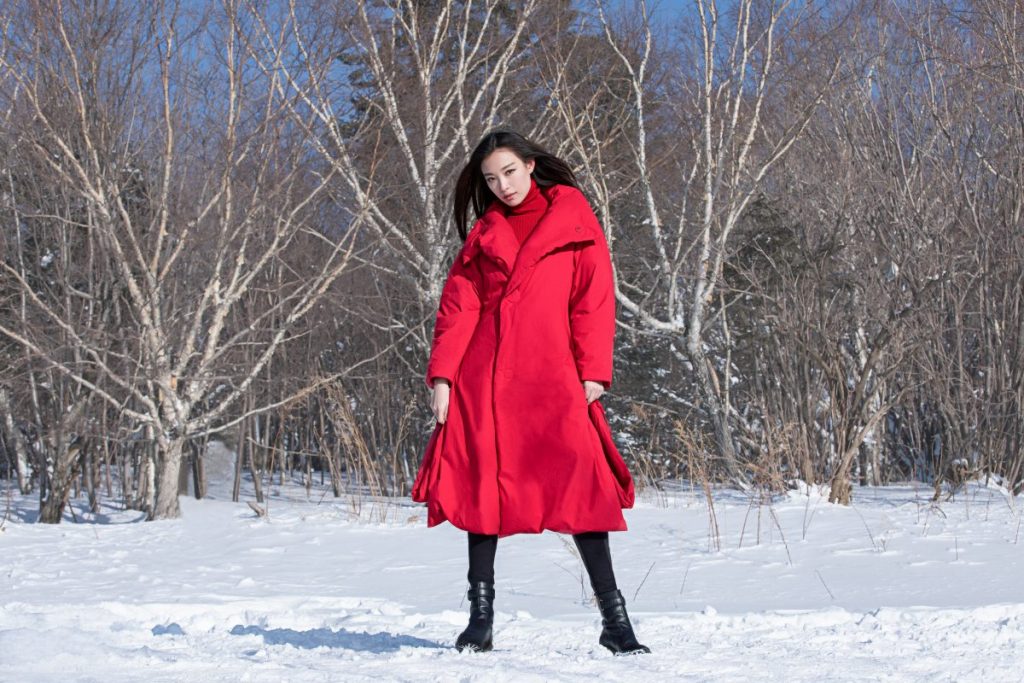 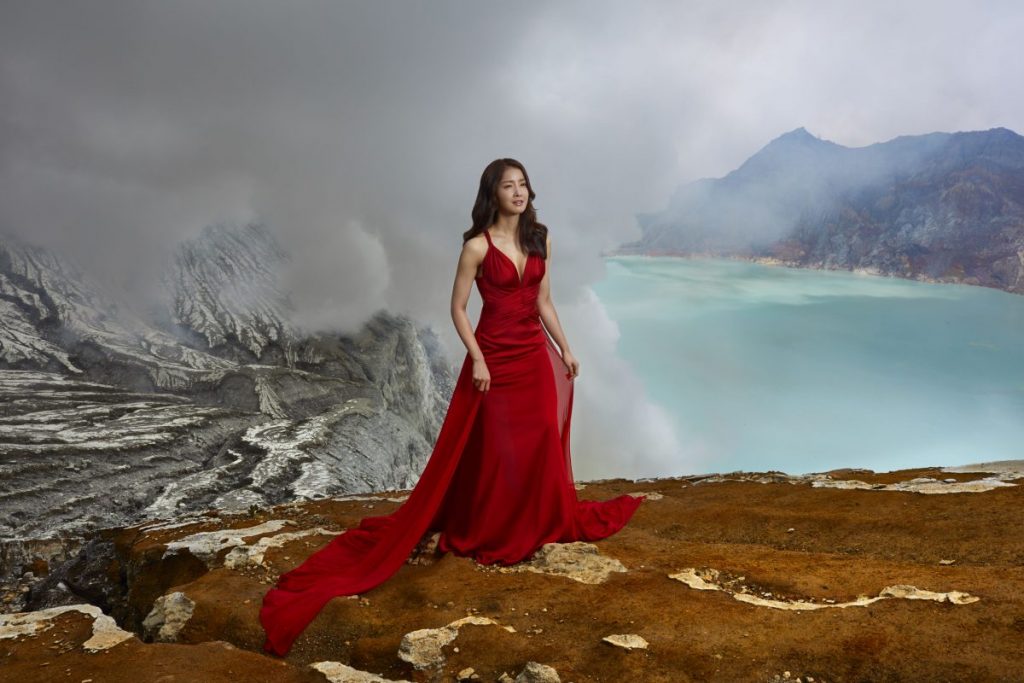 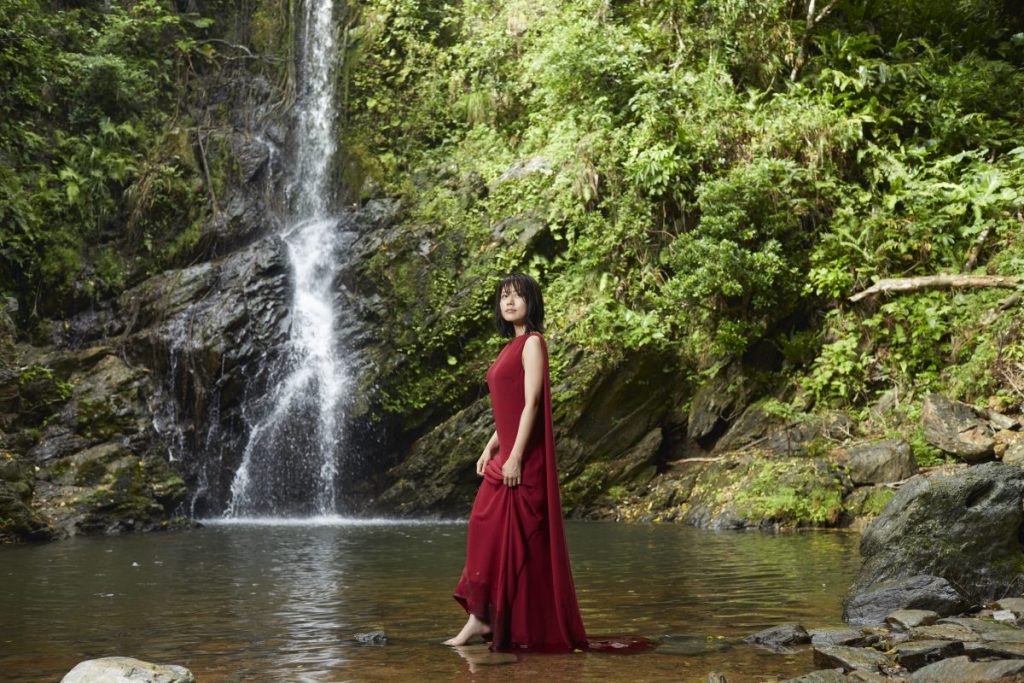 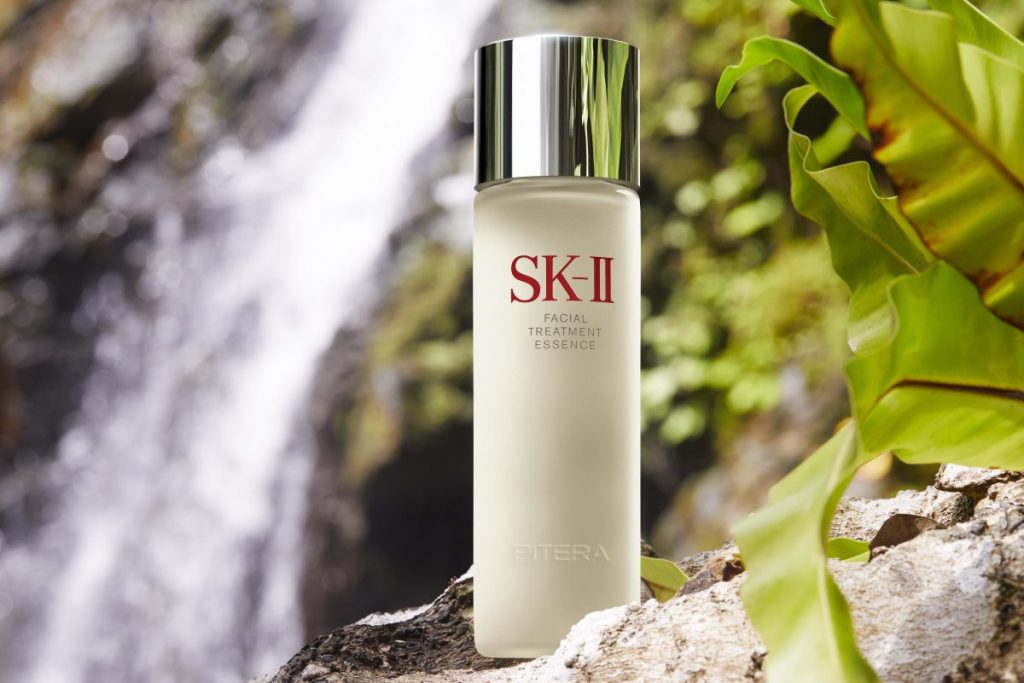 Ferragni is the only influencer in the group — a clear indication of her global profile. She is one of a few influencers who have been able to gain worldwide appeal beyond their local markets.

It’s not the first time Ferragni is teaming with SK-II — she signed an annual contract last year that was renewed for 2017 — but her role has expanded. Previously, she was contracted by the brand in a more local capacity, she told WWD in a phone interview from Milan, with the scope of work largely composed of social media posts or attending events.

This is the first global initiative Ferragni is taking part in, though, and SKII is paying up.

For her yearlong contract with the beauty brand, Ferragni is reportedly snagging a fee similar to what other top bloggers could get paid for exclusive, ambassadorship deals. SK-II declined to comment on how much it pays influencers, but a source close to the company said Ferragni could be making several hundred thousand dollars from the partnership. The same source confirmed the payout is less than $500,000, but considering the work involved — which is nearly the same as a local campaign except the content will be broadcast on a global scale — it’s a significant amount of money.

For example, Arielle Charnas of Something Navy reportedly inked a long-term ambassadorship deal with First Aid Beauty that’s said to be about $300,000, but it limits the majority of her beauty content to photos and videos relating to that brand’s product.

Similarly, Song of Style’s Aimee Song is a brand ambassador for Laura Mercier, Kristina Bazan for L’Oréal and Ingrid Nilsen is for BareMinerals. While their payouts might be higher than Ferragni’s with SK-II, the three are tied to contracts that contain varying levels of exclusivity. Terms differ by brand, but clauses bar them from mentioning or working with other beauty companies that are considered to be competitive. Bazan’s is the most restrictive — but it’s also the most lucrative. She renewed her seven-figure contract with L’Oréal for the year, which gives her equal stature to the A-list celebrities and models who now hold the same title as the 23-year-old blogger.

No such clauses are part of Ferragni’s deal, though, because SKII doesn’t demand exclusivity from the influencers with whom it partners.

“For us it’s very difficult to give exclusivity when working with a brand, especially a beauty brand,” said Ferragni, who also collaborates with Yves Saint Laurent Beauté, Pantene in the hair-care space and Chanel Beauty on a by-project basis. “What worked is they [SKII] wanted me to be authentic. They want me to use my favourite products from SK-II…[but] at the same time I don’t have to say, ‘I only use SK-II products and nothing else,’ because that wouldn’t be right. That’s very important to me.”

This is markedly different from the approach SKII’s peers have taken, Sandeep Seth, global marketing director at the brand, said. The reason is simple: SKII doesn’t believe in “exclusivity” because it hinders authenticity.

“If there are other brands and product they want to use, it’s ok for us,” Seth said.

“It [influencers] connects us to the right target audience, but what we’re seeing is it’s also driving business. I can directly attribute it…because of the high double-digit growth the brand is seeing now,” Seth said, adding that the brand has shifted its marketing communication from a push to a pull model. Declining to reveal exact percentages, Seth said SK-II has dramatically decreased spend on traditional print and TV advertising in favor of pull-based media.

Other influencer activations put forth by SK-II include “Beauty Bound,” a program that lives on YouTube that gives beauty content creators a platform to grow their reach. Ferragni is heading to Okinawa, Japan in mid-March to judge a challenge in the season two finale of “Beauty Bound,” which will name Asia’s Next Top Beauty Creator. “Beauty Circle” is another initiative that works with influencers at local and global levels to drive social media conversation.

Cate Blanchett remains the brand’s most high-profile global brand ambassador — a role she’s held for more than 14 years — in addition to a handful of local ambassadors hailing from markets including Indonesia, Thailand and Singapore.

When asked if the brand would consider working with an influencer in the same capacity it does an A-list actress such as Blanchett, Seth alluded to a blurring of lines taking shape. Today, bloggers are starting to wield the same — if not more, in many cases — influence than celebrities, and this is reflected in a marketing strategy for SK-II that has radically shifted in favour of influencer-based marketing.

SK-II’s signature ingredient Pitera has the ability to maintain crystal clear skin against stressful and harsh conditions that may damage your skin. Learn about how Pitera helps her skin survive: https://goo.gl/ypO3FF

SK-II working together with National Geographic put 4 celebrities to 4 of the most extreme corners of the earth to put their skin to one of the toughest tests. Watch all 4 videos: https://goo.gl/iC6AHP

Flying soon? Don’t forget to match your trip to the shopping along your whole route with our Duty Free Hunter service. Fast & free we can show your where to shop for the latest products, best deals and exclusive events in airports and on airlines worldwide.

The ultimate resource for the global shopper – try now at www.dutyfreehunter.com 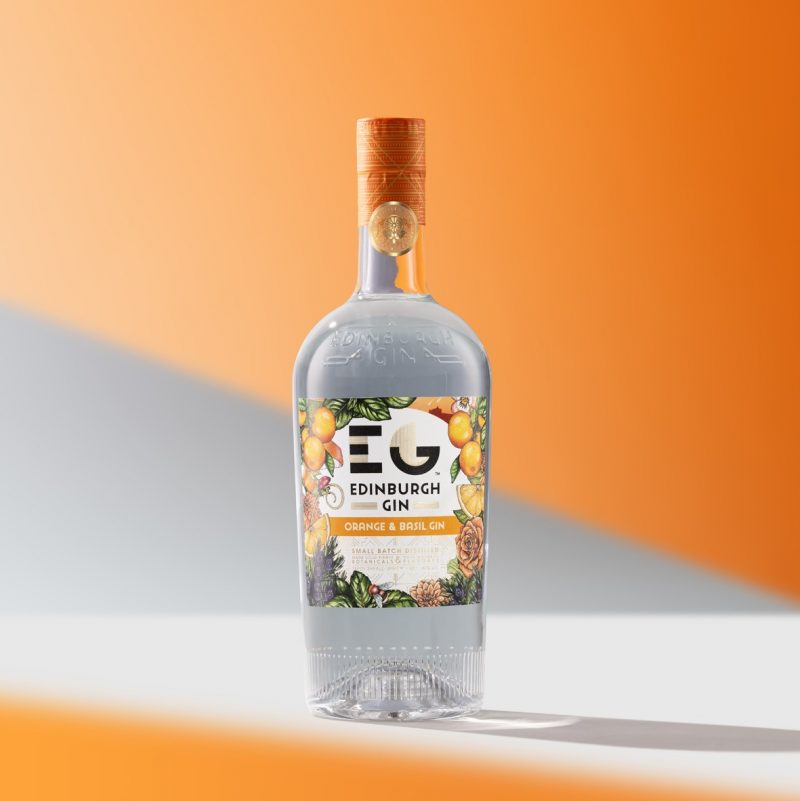 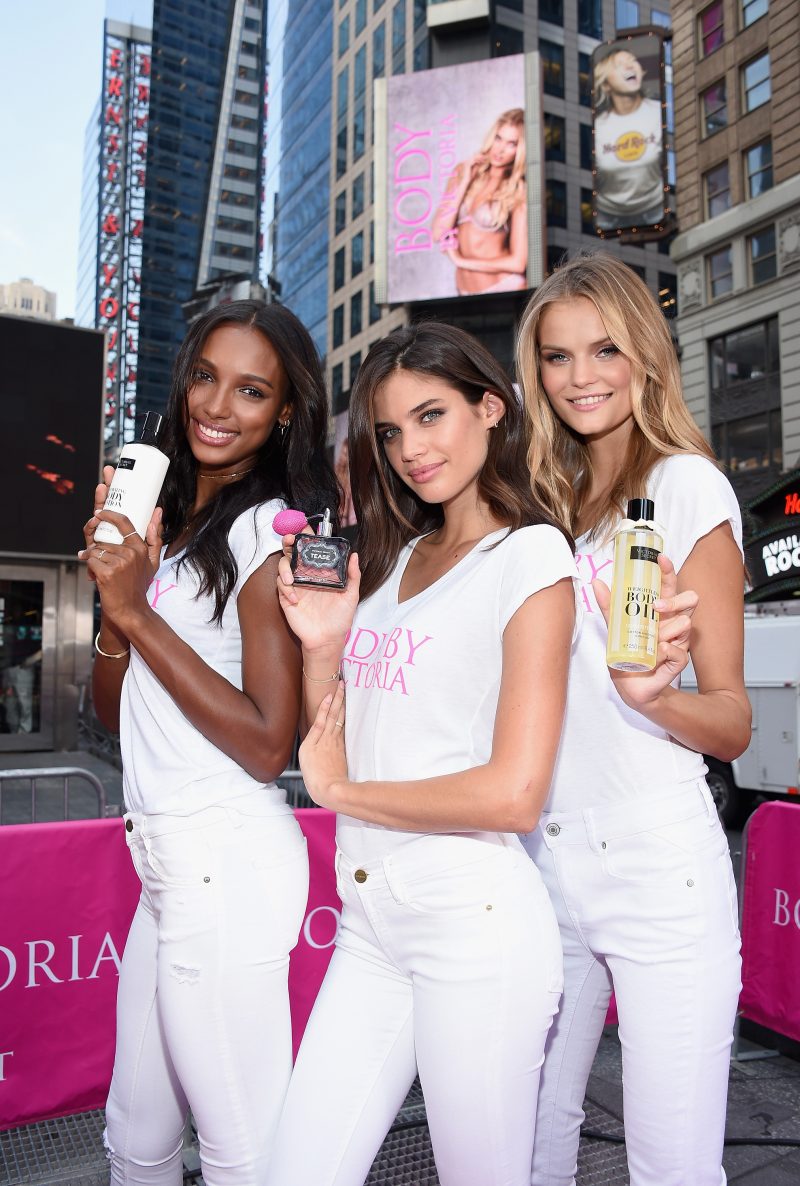