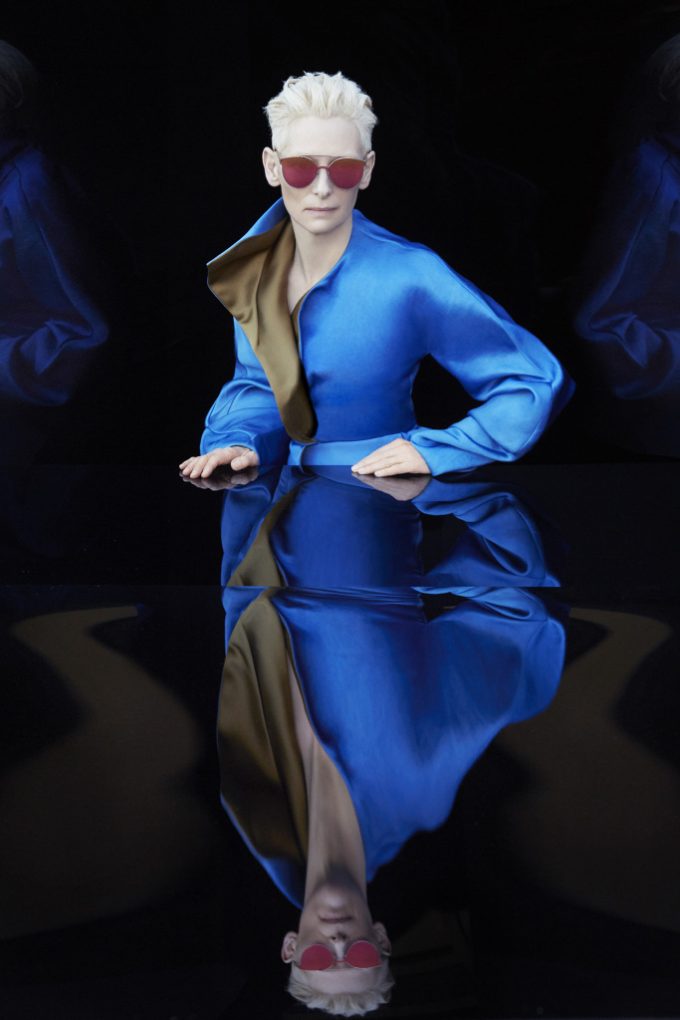 The three styles – all striking silhouettes – will retail from $250 to $286. They went on sale this week at Gentle Monster counters in department stores in the world’s fashion capitals and, of course, in duty-free outlets across Asia. 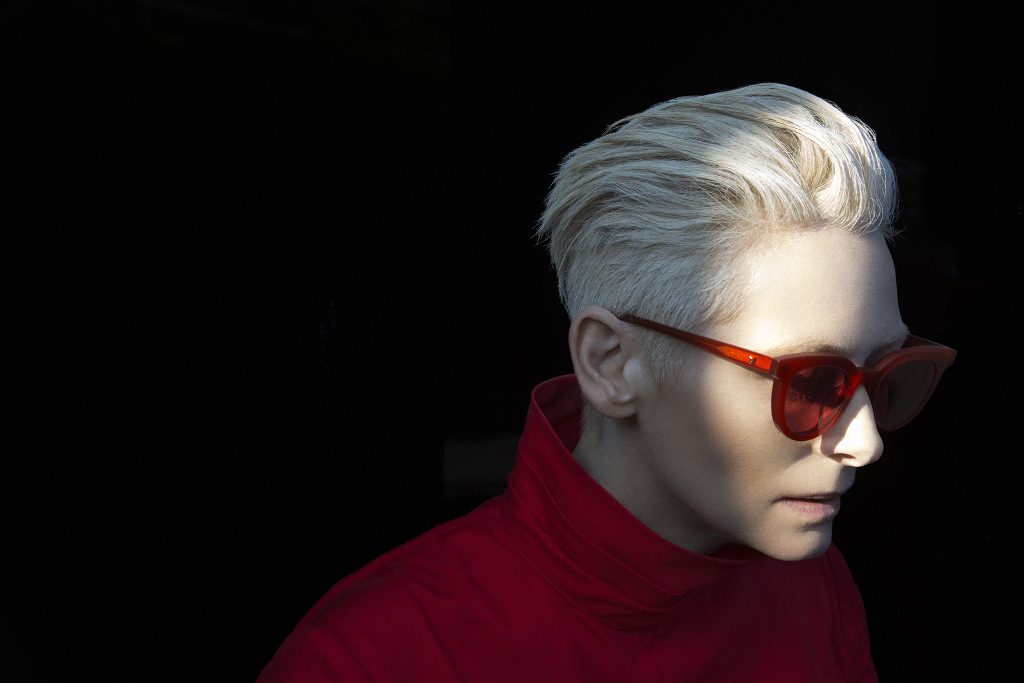 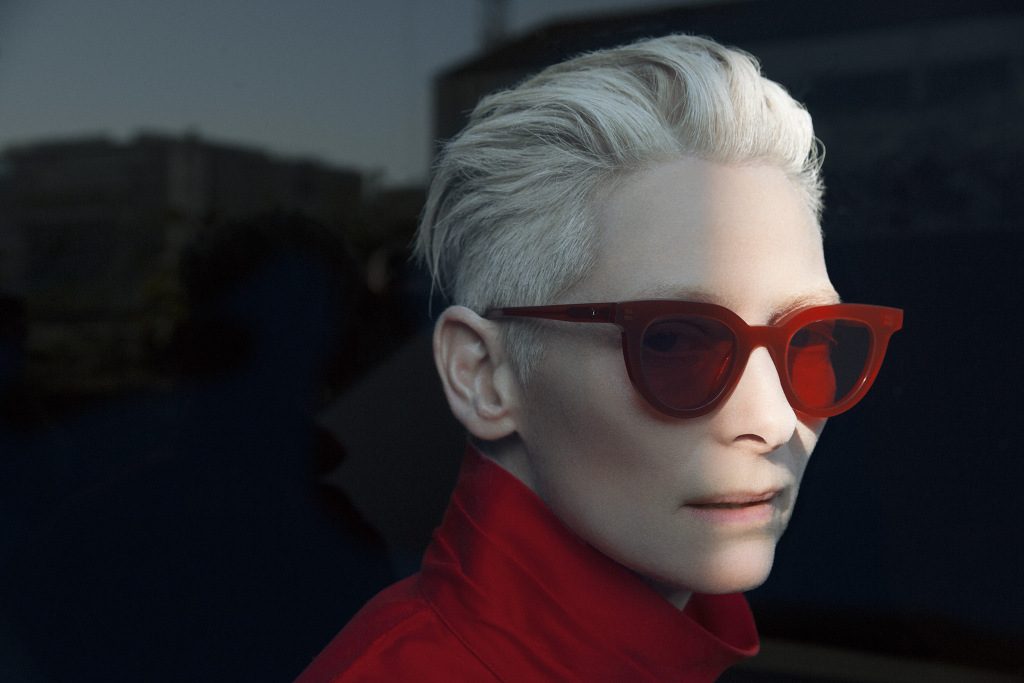 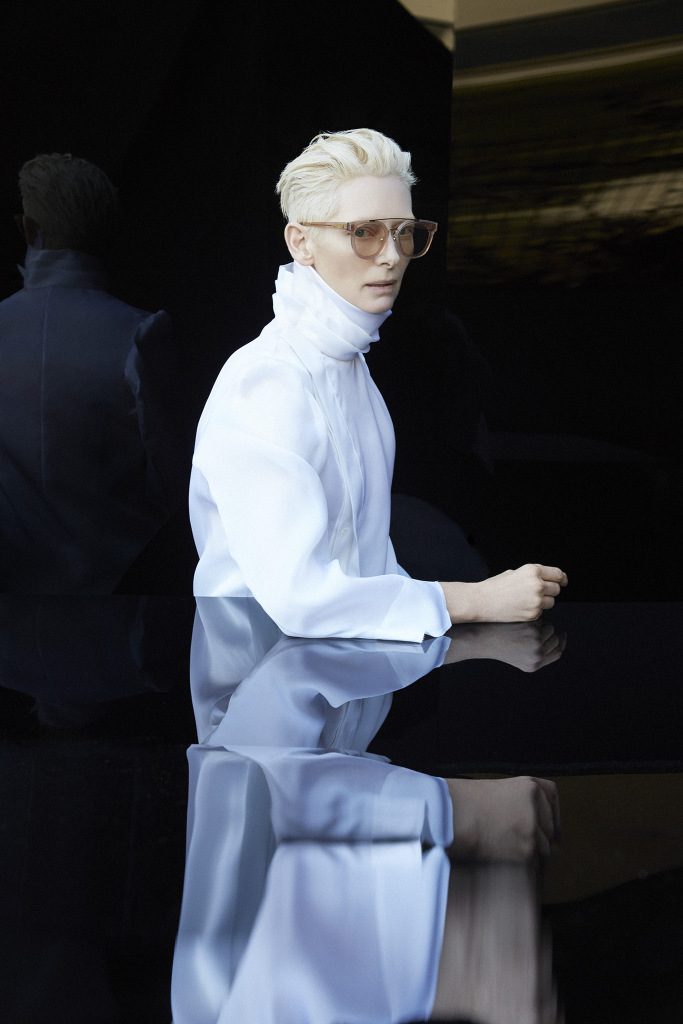 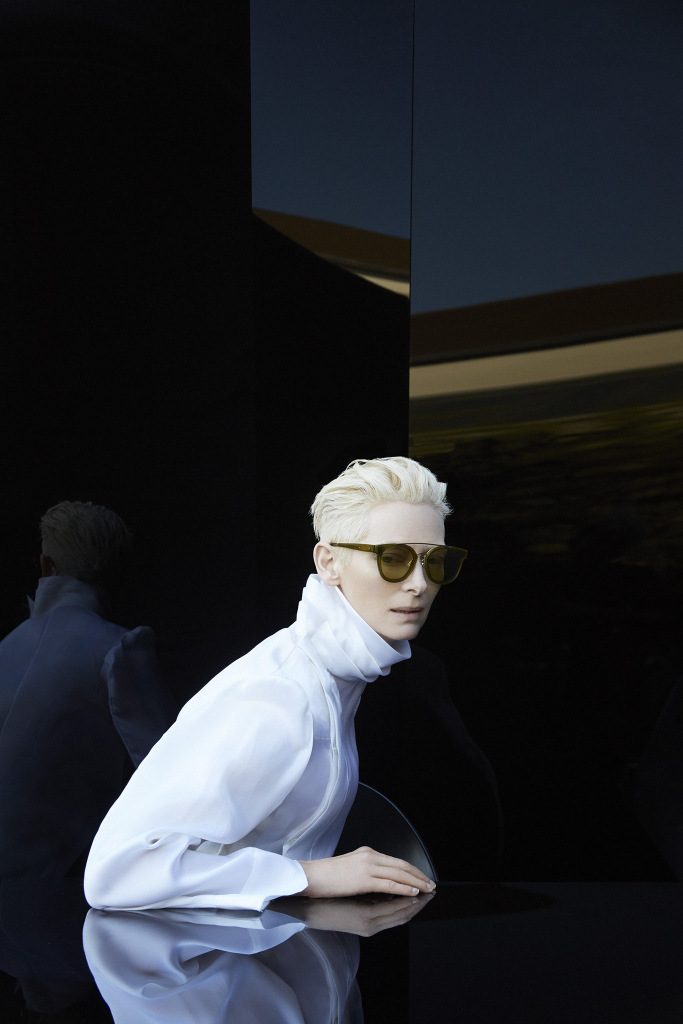 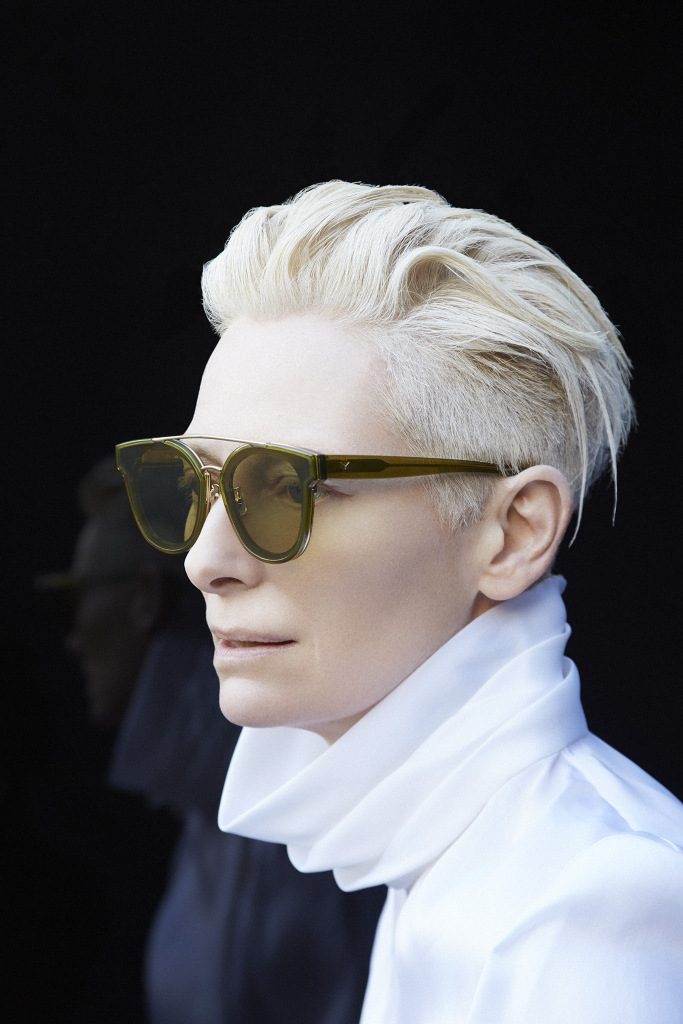 To mark the collection, Swinton has also capitalized on her cinematic skills. She’s teamed with Erik Madigan Heck on images and a short film featuring the glasses. The film, called “The Endgame,” is loosely inspired by Ingmar Bergman’s film “The Seventh Seal.” In the video, Swinton challenges herself to a fencing duel. You can watch it here…