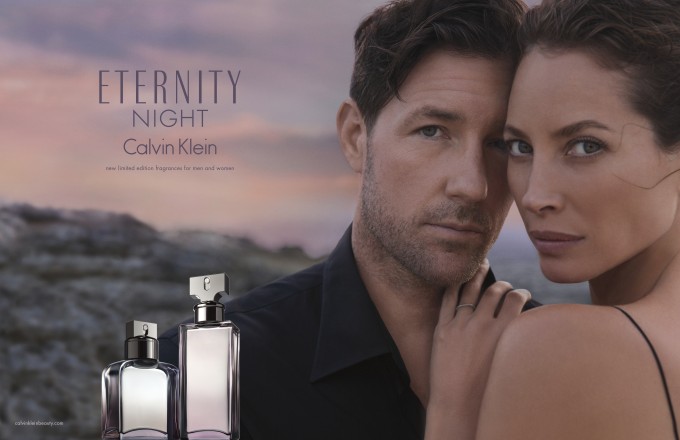 Turlington returns to her Night job for Calvin Klein

Shot on location in stunning Turks & Caicos, the new ETERNITY Calvin Klein campaign features the couple as they share intimate moments on a quiet beach.

“I am so grateful for the support of Every Mother Counts and thrilled to be back representing this brand along with my husband. This is my new favorite ETERNITY Calvin Klein campaign of all time,” said Turlington Burns.

“ETERNITY Calvin Klein has remained a top-selling global fragrance brand and is still as relevant as when it launched 25 years ago,” said Steve Mormoris, Senior Vice President of American Fragrances, Coty Prestige. “Christy is synonymous with the house, and featuring her alongside Ed was a natural choice, because together they perfectly capture the spirit of eternal love.”

Tom Murry, Chief Executive Officer of Calvin Klein, Inc., said, “We are thrilled to continue the house’s longstanding relationship with Christy, while welcoming Ed into Calvin Klein’s ever-evolving legacy of iconic advertising visuals. Christy and Ed are the ideal couple to represent our timeless ETERNITY Calvin Klein fragrance, as we continue to support the brand with a new global advertising campaign and an expanded offering with ETERNITY NIGHT Calvin Klein.”

Since its debut in 1988, ETERNITY Calvin Klein advertising has artfully and unforgettably captured the promise of romantic love, intimacy and commitment through its iconic black and white images. The new campaign reinforces the brand’s heritage and equity of lasting love.