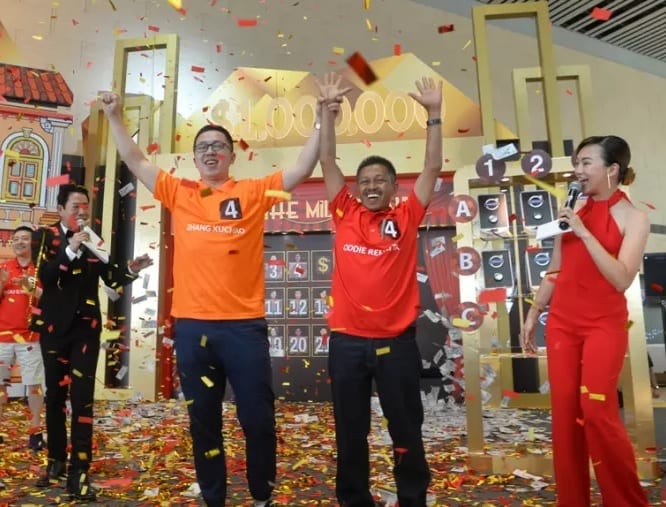 For the first time in the history of the campaign, the finalists worked in pairs to ace through the four rounds of exciting games on-stage to emerge the ultimate winners. This is also the first time that Changi Airport has given out a brand-new luxury sedan as a prize for the popular shopping campaign.

Oddie Rehatta, 45, from Purwakarta, Indonesia and Zhang Xuchao, 26, from Beijing, China had selected the winning car key to open the door to the Volvo S90 T5 luxury sedan, to the cheers of the supportive crowd who had gathered at Changi Airport‟s newest terminal, Terminal 4, to witness the „live‟ show. Even though they had just met about an hour ago, the two hugged each other on stage in their exhilaration. The rest of the 12 finalists are from Cambodia, China, Indonesia and Singapore.

Mr Oddie first teamed up with Mr Zhang in the second round where only six out of eight cash prize finalists found a match with the six car prize finalists. The team went through another two game rounds where the other finalists were progressively eliminated. They had to put their heads together to guess the prices of old-school heritage products, as well as play a simple memory game to earn a spot in the final round. There, two teams each comprising a cash prize and a car prize finalist pitted their luck against each other to select the winning car key to the car prize. While the Mr Oddie and Mr Zhang was the second team to pick the car key, they struck the winning note right away.

Mr Oddie, who had purchased various items from DFS on behalf of his friends during one of his business trips to Singapore last year, was flushed with excitement and almost too stunned for words. When asked what he would do with his S$1 million windfall, the driver who is now running a small business said, “I will be putting some money into investments, my business and also make some donations. Importantly, I will bring my family to Mecca.”

Mr Zhang, on the other hand, was thrilled but calm. He had kissed his girlfriend passionately on stage before meeting the media. His winning ticket to the car prize was an assortment of perfumes and cosmetics bought for his girlfriend from The Shilla Duty Free when he visited Singapore in August last year. “I will use the money from encashing the car prize to buy another Volvo when I go back to China,” said a beaming Mr Zhang. “Just like Oddie, this was totally unexpected for me too,” he added.

The annual flagship campaign ‘Be a Changi Millionaire’ continues to be instrumental in driving commercial performance at Changi Airport. In 2017, concession sales grew 7.6% as compared to 2016, to close the year at S$2.5 billion, setting a new record.

Travellers from China, Singapore, Indonesia, India and UK led the way as the biggest group of spenders at Changi Airport, with Chinese and Singaporean shoppers accounting for more than half of total sales. Perfumes and cosmetics, and liquor and tobacco took the top spots as the most popular product categories, followed by luxury goods, electronics and gadgets, and chocolates and candies. Over 57 million transactions were recorded in 2017, averaging about 158,000 transactions each day.

2017 also saw an introduction of several innovative retail initiatives. Among them, Changi introduced its first integrated duty-free shopping zone in the new Terminal 4. The airport also welcomed its largest landside and multi-brand restaurant, SORA, as well as the eagerly-anticipated and the world‟s first Louis Vuitton duplex store in an airport.

Ms Lim Peck Hoon, Executive Vice President of Commercial at CAG said, “Retail plays a crucial role at Changi Airport because the revenue helps to keep the aeronautical charges at Changi competitive for airlines. The growth in air traffic has allowed a bigger audience to gain exposure to Changi‟s retail offerings. Our 2017 retail performance is mainly due to an effective retail mix guided by our passengers‟ shopping needs and aspirations, as well as the various retail promotions that helped to lend novelty and drive buzz at Changi Airport. We thank passengers for their support and confidence in Changi‟s shopping proposition, and will strive to make the Changi shopping experience an even more exciting one in the years ahead.”

One of the world’s biggest prize money in any airport

The “Be a Changi Millionaire” shopping promotion is in its eighth edition and has gained traction with both local residents and international passengers over the years. First launched in 2010, participating entries has nearly doubled from 850,000. The latest draw attracted more than 1.5 million entries from 221 nationalities, with the top three groups of participants from Singapore, China and Indonesia.

To participate in the Millionaire Draw, passengers and airport visitors just need to shop or dine at Changi Airport, and spend a minimum of S$50 in a single receipt. One lucky finalist was picked each month from May to October 2017 for the Grand Draw, with two others picked from qualifying shoppers on iShopChangi and from the list of Platinum members of the Changi Rewards loyalty programme. In addition, six other car prize finalists were also drawn from shoppers who made purchases of more than $500 in accumulated spend in a single day.

Apart from the two top prize winners, the other finalists for the S$1 million cash prize draw each won S$5,000 in cash, while those in the car draw each won S$1,000 cash. All enjoyed a three-night hotel stay in Singapore, with return airfare provided for non-Singapore residents.

The ninth run of the “Be a Changi Millionaire‟ will kick off in May 2018. 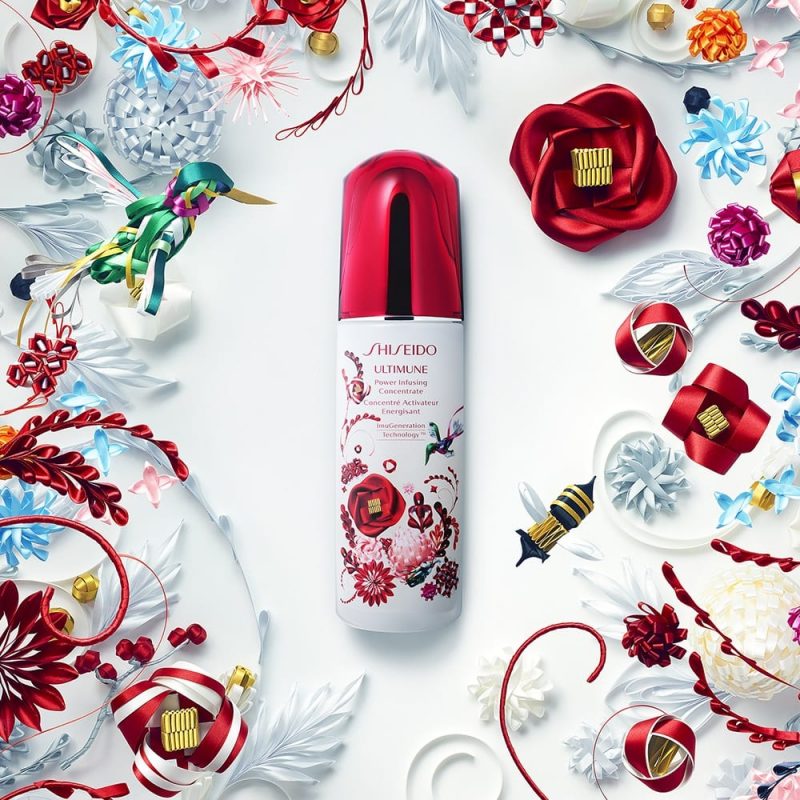 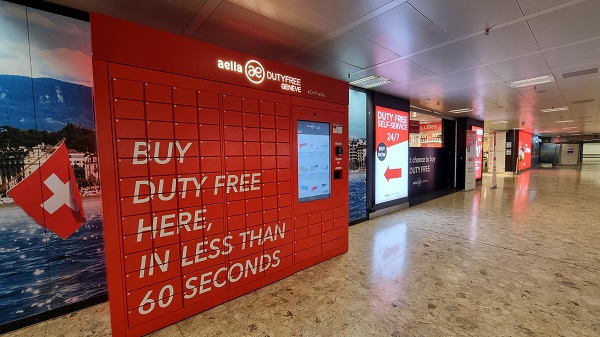 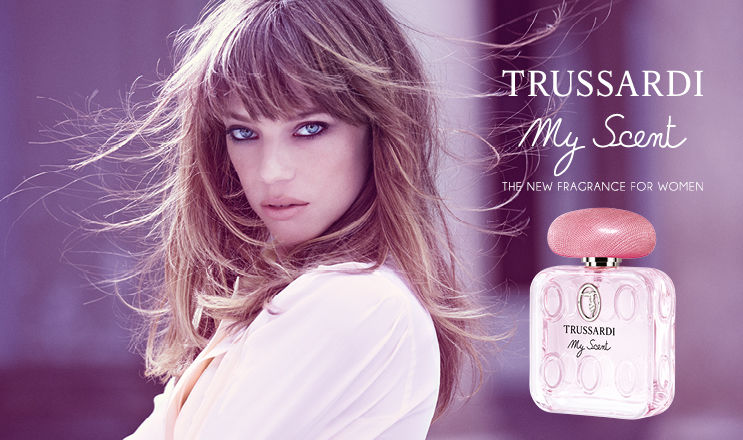