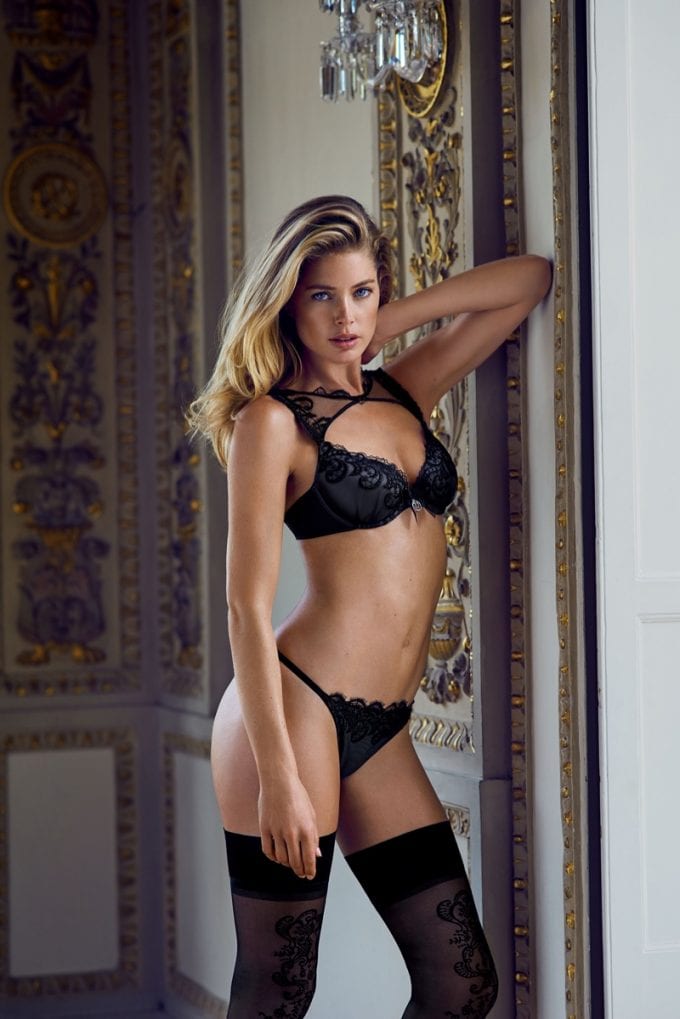 “The historical influence is huge [and] on trend,” noted Price-Smith, pointing to corsetry and caging constructions, a lavish use of eyelash lace and embroidery, and styles that include anything but basic: transparent high lace briefs, kittenish pink-and-black balconette bras, garter belts and a bra with a high lace neckline.

Doutzen’s Stories will be available online starting Oct. 27 and in Hunkemöller’s current 800 stores in Europe, the Arab Emirates and India as of Oct. 31. Prices range from 14.99 euros to 44.99 euros, or $16.70 to $50.15 at current exchange. Airport stores are part of the brands long-term plans as it bids to compete with US superbrand Victoria’s Secret.

“I knew Hunkemöller long before they knew me,” the model said, recalling her infatuation with the intimates brand when she was a girl in Holland. And indeed, the label continues to have its main following with a younger fashion audience. 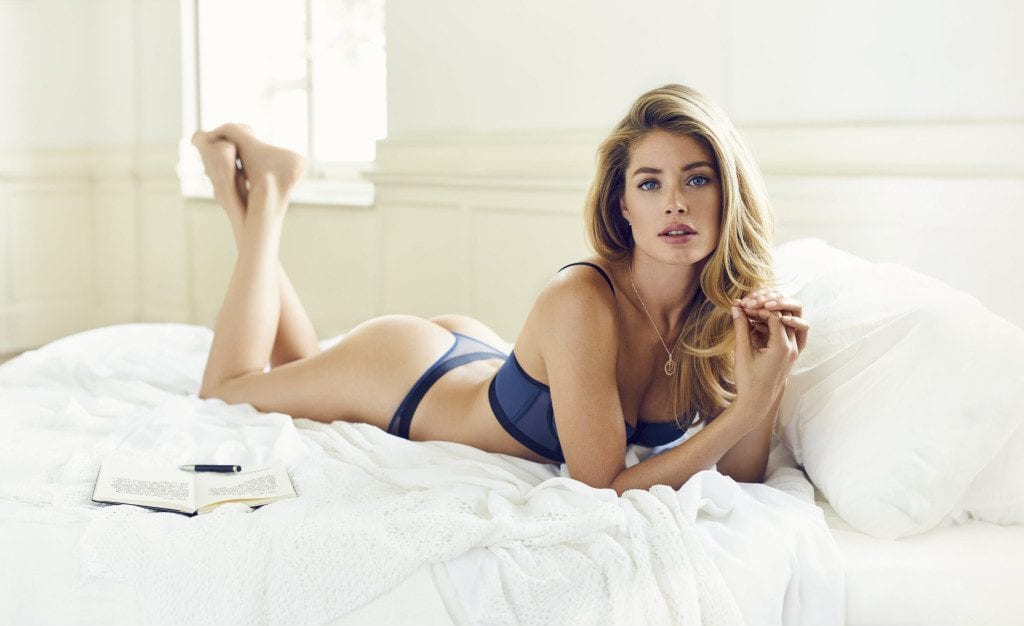 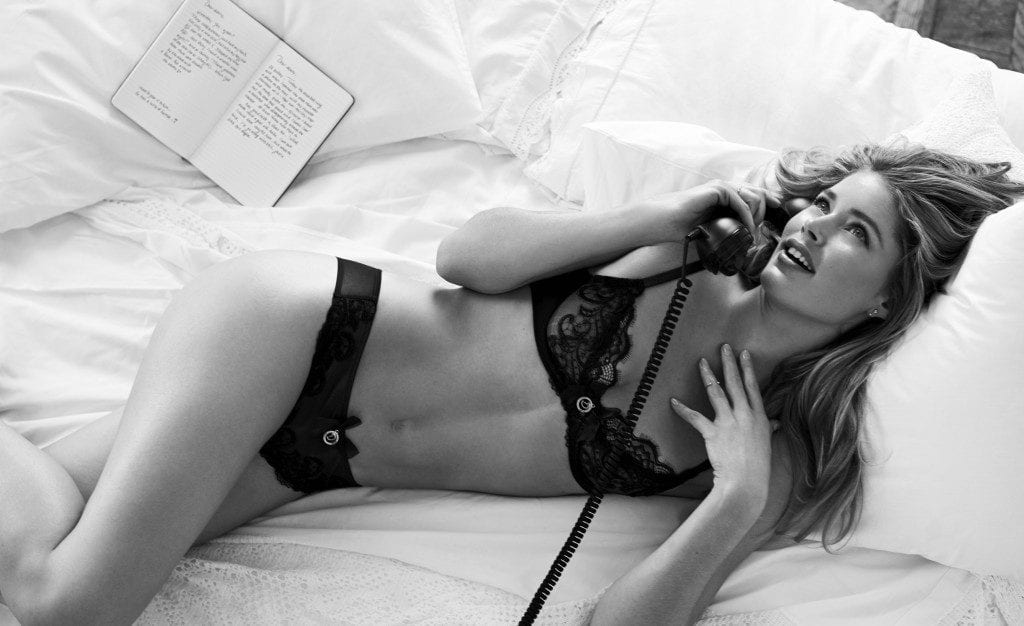 “We provide a fashion product at an affordable price to a young audience, from roughly 18 to 29 years of age, with the biggest group aged 18 to 24,” Hunkemöller chief executive officer Philip Mountford told WWD. Assortments are updated every seven weeks, and the self-claimed bra specialist also offers a particularly broad size range that goes from 30 to 44, in AA to H cups. But “the big bulk of our business is from 32 to 36, though we do sell a lot of Ds and Es,” Mountford noted.

In the last seven years, Hunkemöller has grown to a business of a half a billion euros, or $557.6 million.

The long-awaited news of who would succeed Sylvie Meis in the brand ambassador role was made public in Berlin for the simple reason that Germany is Hunkemöller’s largest market, said Mountford. The brand has almost 350 stores in Germany and plans to bring that number up to 500 in the next two years. In general, 108 stores will be opened in 2016, with an ambitious retail roll-out plan of 120 stores a year thereafter in the brand’s existing markets. The strategic plan, he summed up, is to open 550 new stores on top of the existing 800.

Online is a main sales channel, and Mountford noted the company was “one of the first to get into real social media. Over 70 percent of our Internet sales are driven through social media,” he reported. “And we have 1.5 million active members on our app, which is also a digital member card.”