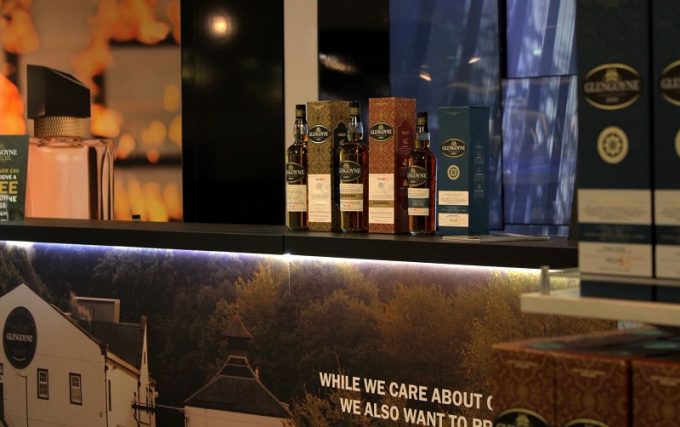 As part of its continued commitment to Global Travel Retail, Ian Macleod Distillers (IMD) has collaborated with World Duty Free and Glasgow Airport to showcase its award-winning Glengoyne Single Malt Scotch whiskies with an in-store activation that began at the end of October to coincide with the start of COP26, the UN Climate Change Conference and runs until the start of January.

The impactful activation showcases Glengoyne’s Travel Retail Exclusive Spirit of Oak range and highlights its on-going partnership established in 2012 with the Wildfowl & Wetlands Trust (WWT). The thousands of travellers passing through the airport have the opportunity to ‘try before they buy’ and view a film showing details of Glengoyne’s Sustainability journey.

Just 20 miles north of Glasgow Airport, Glengoyne Distillery uses renewable energy sourced from wind turbines and, from 2022, solar power will also be used, further illustrating its commitment to the use of renewable energy. Glengoyne was the first distillery to build a wetland facility to manage 100% of liquid waste, whilst also providing a home for wildlife. Glengoyne’s efforts also extend to the creation of their own renewable energy, with spent mashes providing enough electricity to power 354 local homes.

The Glengoyne activation tells the story of the distillery’s history and whisky-making process and its partnership with the WWT, with whom Glengoyne continues to work closely to safeguard and improve wetlands for wildlife in the UK, with this year being particularly special, as it marks its 10-year anniversary.

The interactive display incorporates QR codes which inform shoppers on the WWT partnership and also invite them to join the Glengoyne family, offering the chance to win a bottle of Glengoyne every month. 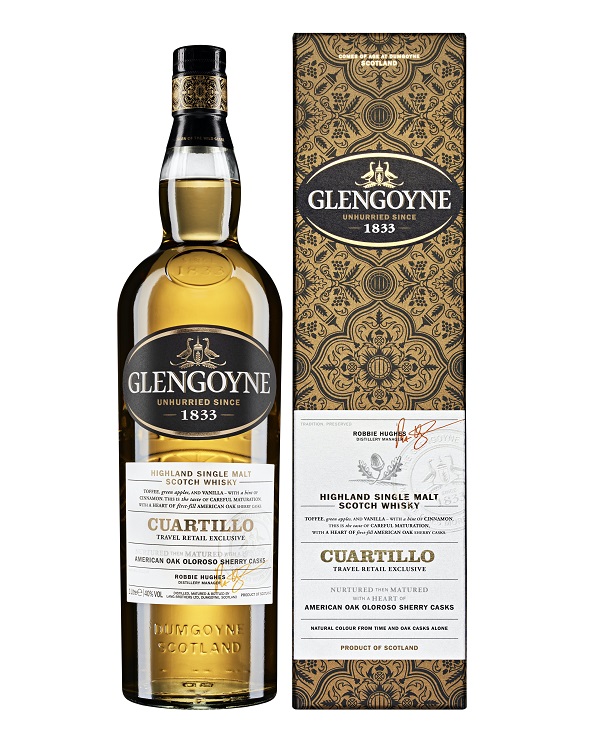 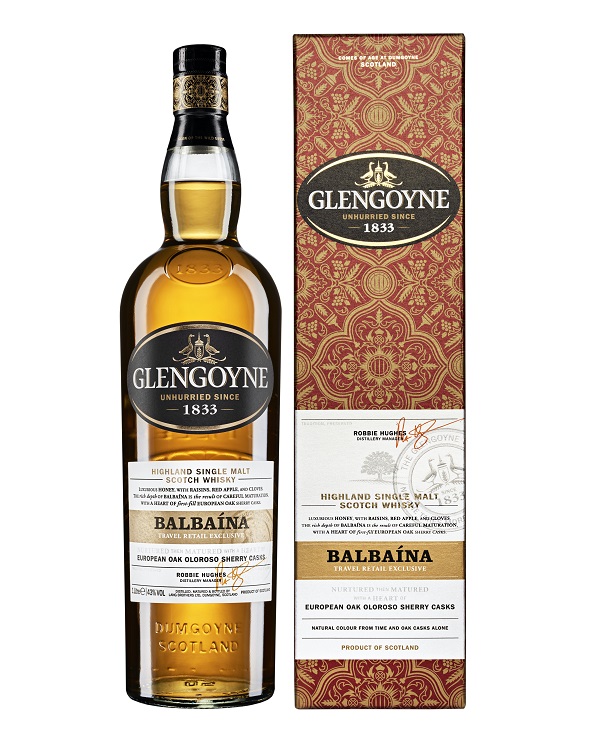 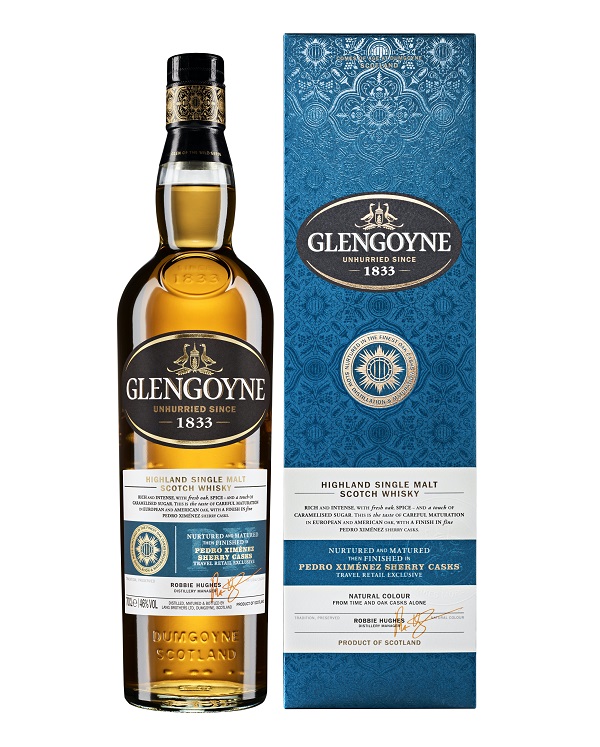 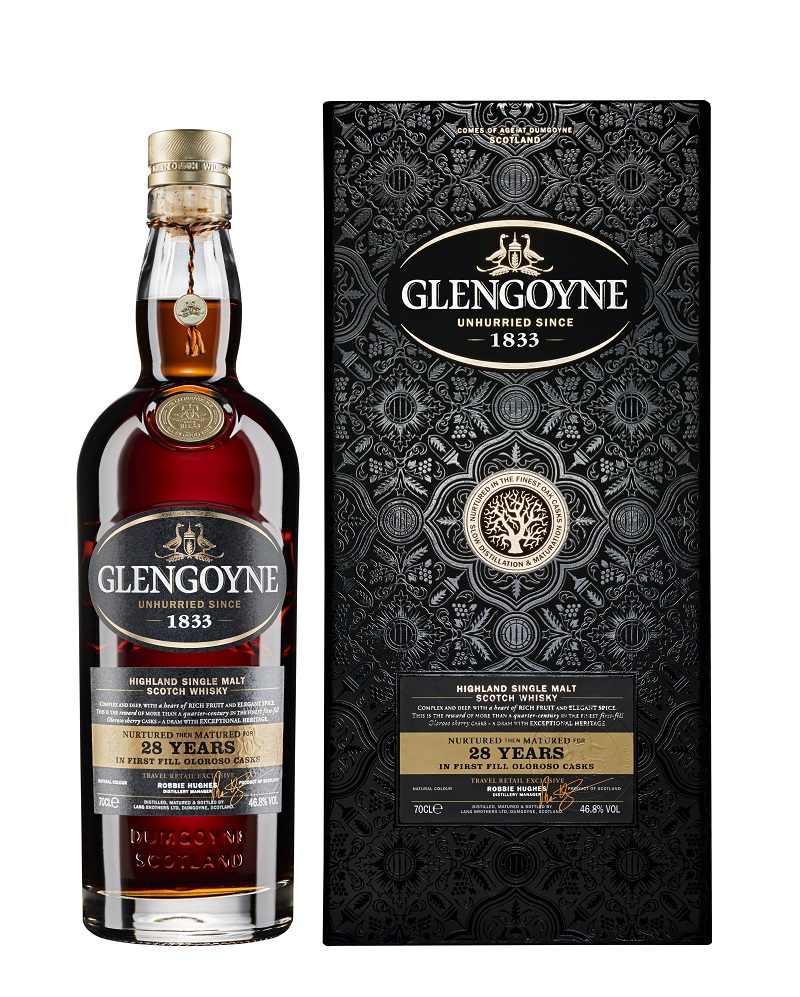 Glasgow Airport’s Head of Retail, Denise Gilmour, said: “We were really proud to welcome visitors to Glasgow Airport, the gateway to Scotland and the city for international guests attending COP26. We were also thrilled to support and help raise awareness of the work being done by Glengoyne Distillery through its biodiversity partnership with the WWT.”

Paul Martin, Head of Liquor for World Duty Free continues: “This is a very exciting period in our store as we welcome this influx of passengers from around the world. It’s a great opportunity to showcase our whiskies and we are particularly delighted to feature the huge strides made by Glengoyne Distillery on sustainability.”

Ian Macleod Distillers’ Global Travel Retail Director, William Ovens: “We are delighted to be working with WDF to offer travellers through Glasgow airport the opportunity to try Glengoyne and understand more about its wonderful association with WWT. Whilst we respect the past and our time-honoured traditions at Glengoyne, we also care a lot about the future and are proud of the progress we have made on our sustainability journey.”

WWT is one of the largest and most respected wetland conservation organisations in the world and with shared values and a passion for the preservation of wetlands and geese. As the WWT marks its 75th anniversary, Glengoyne’s support will help the WWT Can! campaign which pledges to create an additional 100k hectares of wetlands across the UK and continue to protect the wild geese that migrate to Scotland for the winter from Norway and beyond.