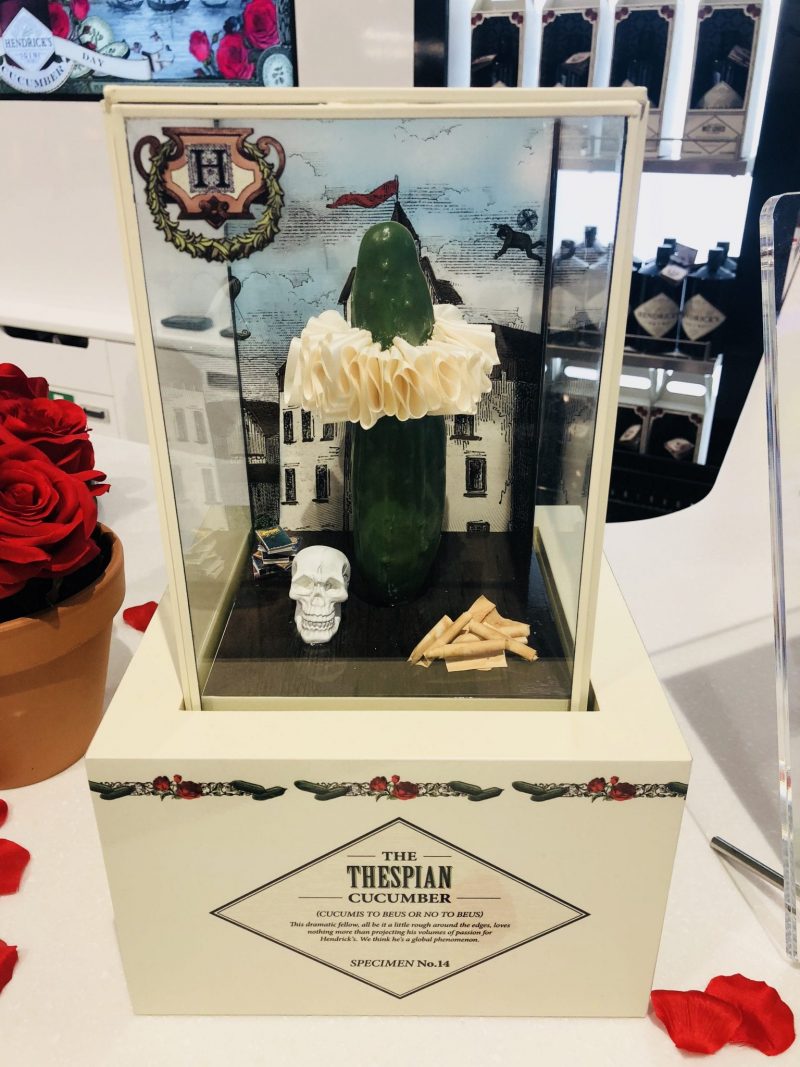 For the past three months, the build up to this most MARVELLOUS day of cucumber worship has been taking place from Auckland to Amsterdam, Spain to Singapore, Delhi to Dubai. Intrepid global travel passengers have been able to cultivate and embrace their unusual side via GTR ‘Cucumber Curiositarium’ activations, while a ‘currency exchange’ promotion at participating domestic on-trade venues globally has enabled refreshment seekers to exchange their cucumber (hopefully home grown) for a free Hendrick’s & Tonic.

The huge success of World Cucumber Day in 2017 has seen Hendrick’s brand-owner, William Grant & Sons, upscale this most eccentric and distinctive marketing campaign for 2018 in its remit to build global attention for the best-selling super-premium gin. First invented by cucumber growers in England in 2011, to extol the virtues of this gallant and remarkable fruit, Hendrick’s gin has now made World Cucumber Day its own and this year has seen the campaign really take off in global travel retail with over 50 airports taking part, along with cruise ships, ferries and border stores.

WGS has worked particularly closely with retailers including DFS, Dufry, Delhi Duty Free, Harding Retail, Heinemann and Lagardère Travel Retail to bring the ‘Cultivate the Unusual’ campaign to life in GTR using a combination of tasting bars, iconic branding, promoters, gifts, and striking theatre pieces. Key to the campaign this year are the 22 ‘Cucumber Curiositarium’ specimens (note there is no Specimen 13), presented in display jars for travellers to marvel at, wherever they may be. Each specimen has its own character and story and includes: ‘The World’s Smallest Cucumber’ (Specimen No 2); ‘The Flying Cucumber’ (Specimen No 5); the ‘Explorer Cucumber (Specimen No 6) and even ‘The Invisible Cucumber (Specimen No 3)! 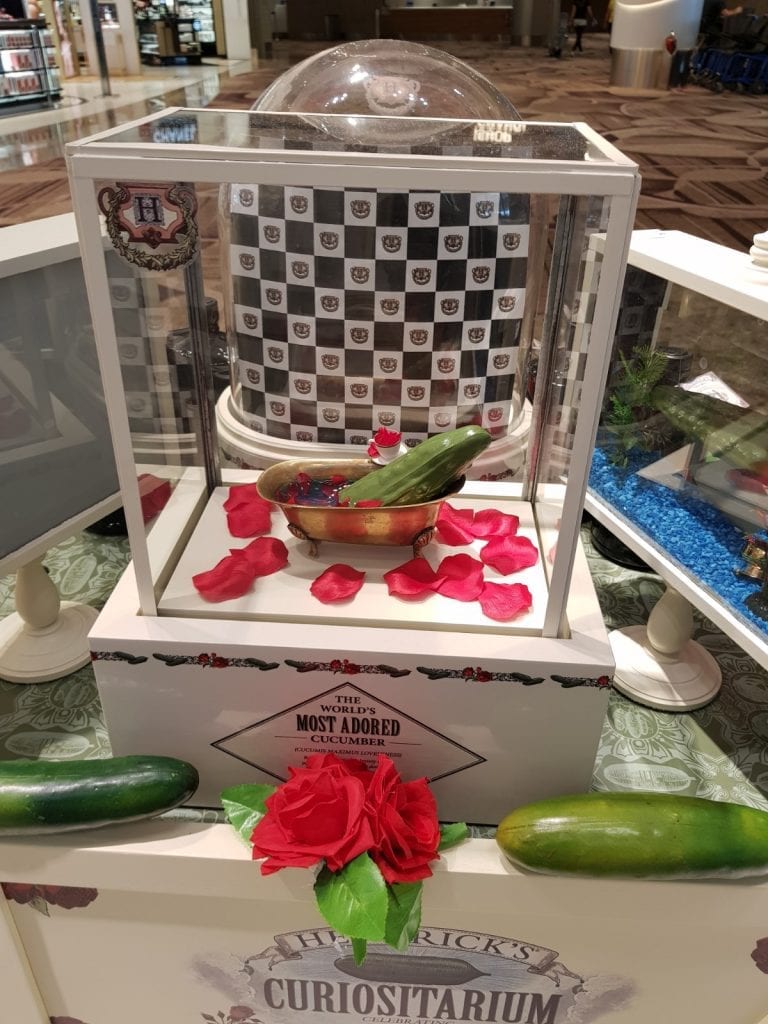 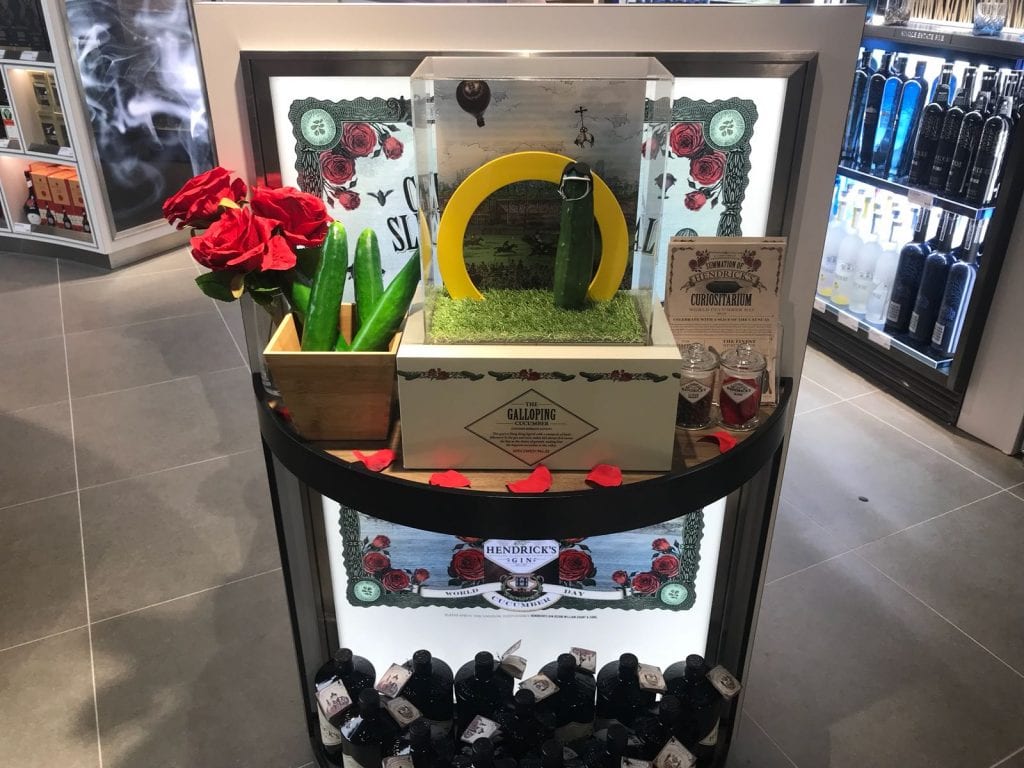 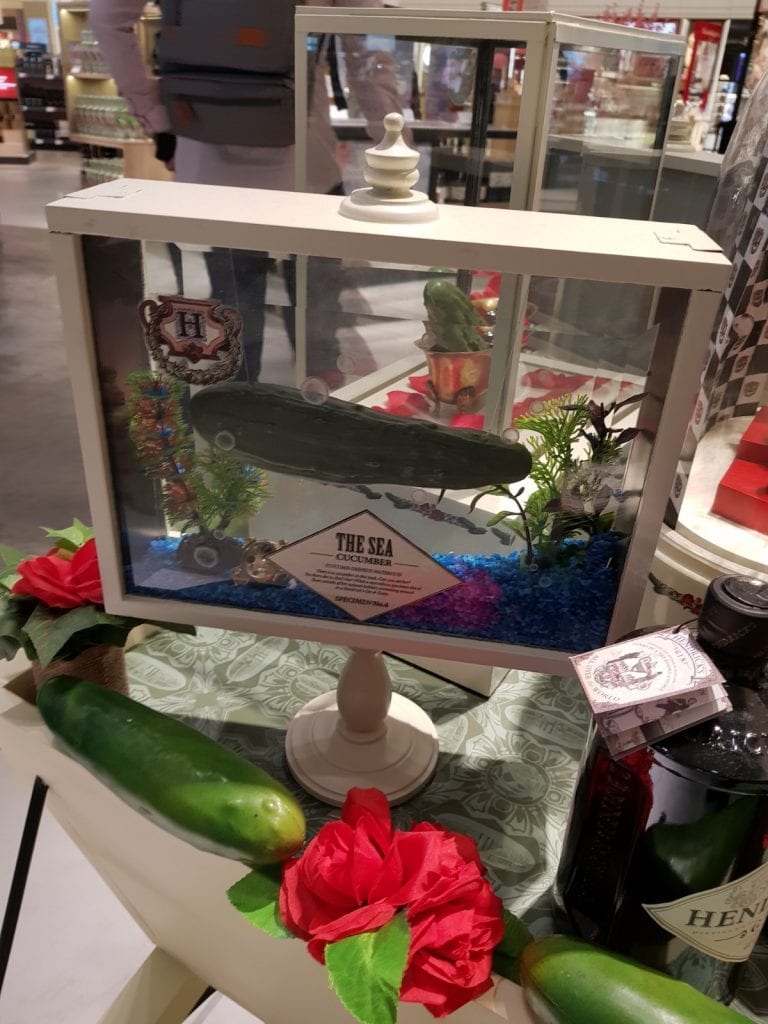 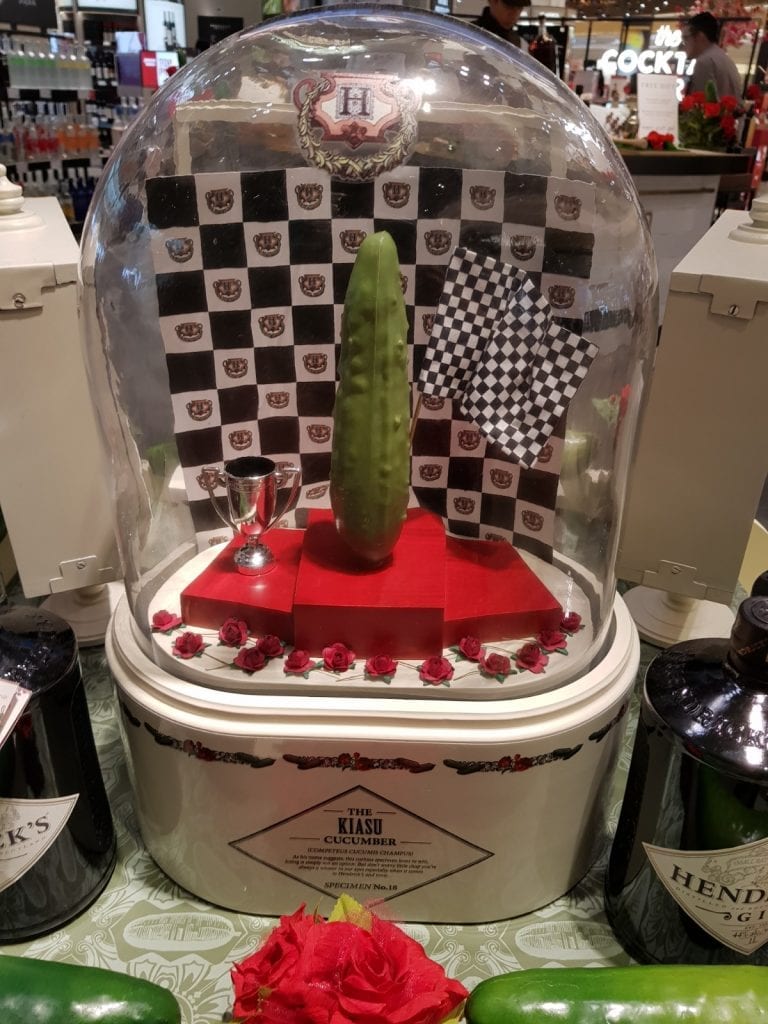 Alongside six core cucumber specimens there are localised specimens developed for individual airports (or regional airports). These include: The Climbing Cucumber (9) for Frankfurt, The Conducting Cucumber (12) for Vienna, The Tallest Cucumber (15) for Dubai, The Indulgent Cucumber (17) for Brussels and The Well Balanced Cucumber (21) for Kuala Lumpur.

Retailers have supported World Cucumber Day with great enthusiasm. This year’s campaign kicked off at Amsterdam Schiphol where ‘The Dam’ cucumber specimen No 7 featured with its own Penny Farthing cycle. “World Cucumber Day is yet another example of the innovative, quirky, and unusual marketing ideas that we have come to expect from Hendrick’s gin and brand owner William Grant & Sons. This year’s Curiositarium activation has once again been fun, imaginative and totally over the top. We were delighted to start the ball rolling this year for World Cucumber Day at Amsterdam Schiphol and we’re very confident that the sales results will prove the value of activations such as this – not just for Hendrick’s but the gin category as a whole,” says Ann-Kathrin Fürer (Head of Activity Management at Gebr. Heinemann). Heinemann has also supported World Cucumber Day on it own social media platforms.

June sees the fun and frivolity continue with high profile activations running throughout the month at key airport including London Gatwick South, Frankfurt, Hamburg, Munich, Brussels, Dubai, Kuala Lumpur, Sydney, Melbourne, Auckland and Cancun. Says Sharon Beecham, VP Purchasing Dubai Duty Free: “We are delighted to partner with William Grants & Sons and Hendrick’s for World Cucumber Day, and to immerse our globetrotting customers in this fun and unforgettable shopping experience. We are proud to have Hendrick’s, with its signature cucumber serve, as part of our flourishing gin offering.”

In addition, this year saw the creation of a special World Cucumber Day microsite www.worldcucumberday.com which introduces the reader to the most wondrous of fruits that ‘simply magnifies the already thoroughly deliciousness of Hendricks & Tonic. Readers are introduced to the Cucumber Curiositarium specimens and invited to play a ‘Catch the cucumber slices’ game.
This supports this year’s World Cucumber Day YouTube video https://www.youtube.com/watch?v=yYSmN30aCGM

As these are current promotions, it is still early days for sales data. However, says WGS Head of Marketing, GTR, Ifan Jenkins “Over the years, GTR has played a pivotal role in the growth of Hendrick’s gin as the world’s number one super premium gin. Our retail partners having brilliantly brought the peculiar brand world of Hendrick’s to life with disruptive wall bays and displays featuring bath tubs, giant tea cups, birdcages, and bicycles.”

“World Cucumber Day is another example of how we at William Grant & Sons endeavour to create distinctive, memorable and engaging brand experiences and the support we have received from our retail partners this year has been second to none. Hendrick’s is oddly infused with rose and cucumber, so World Cucumber Day has provided us with the perfect opportunity to reaffirm the brand’s ownership of the signature cucumber serve and make it globally famous.

“This year’s ‘Hendrick’s Curiositarium’ which sees a selection of the world’s most wondrous cucumber specimens travelling the globe to build awareness, will – we hope – bring the opportunity to experience our rose and cucumber infused gin to more than 70 million consumers worldwide. GTR is the perfect environment to give consumers the opportunity to engage with theatrical activations and leave with a new found knowledge that they can share with friends when back home.

“But it’s not just travellers who’ve had the chance to engage with World Cucumber Day. Gift boxes of seeds and instruction leaflets supplied by WGS have enabled retail staff to cultivate and bond with their own cucumbers from East to West. Indeed, continues Jenkins, “We appreciate that the extraordinary bonds gardeners will have formed with their cucumber may make harvesting today a somewhat emotional experience. Nevertheless, we are sure the pure joy of enjoying said cucumber in its rightful place – as a garnish in a Hendrick’s gin and tonic – will more than compensate for any sense of loss!”

And so, for those of you reading this who are preparing to harvest your own cucumbers today, here are the key elements to consider before you brandish your knife!
Harvest and garnish (fully-grown cucumber)

1. Do you want the good news or the bad news first? The earlier the cucumbers are harvested, the smaller and more tender the seeds. They will also taste sweeter and juicier. Oh, and there’s no bad news.
2. The cool calm of the early morning or evening is perfect for cucumber harvesting. The fruits can be kept fresh overnight by standing them stalk end down in a jug with a little water in it. You can keep yourself fresh overnight by reading poetry before bedtime and wearing silk pyjamas.
3. Please do not yank your cucumbers when you harvest them from the plant. Instead snip them off with a pair of secateurs or a sharp knife. Do not use a cutlass.
4. Once you have tasted your cucumber, cut 0.3-cm slices and then submerge them in your Hendrick’s & Tonic. If you wish to, you may then contemplate all that is marvellous in the universe.
5. The Mesmadunion method of cucumber harvest & garnishment requires the following:
1. The harvester must wear a cloak, 3-foot winklepickers and a beak.
2. The cucumbers must be culled at dawn within a mile of a viaduct.
3. The cucumbers must be sliced with affection.
4. The slices must be dropped into the Hendrick’s & Tonic from an altitude of three miles.

To join in the World Cucumber Day festivities, use the hash tags #HendricksGin and #WorldCucumberDay. 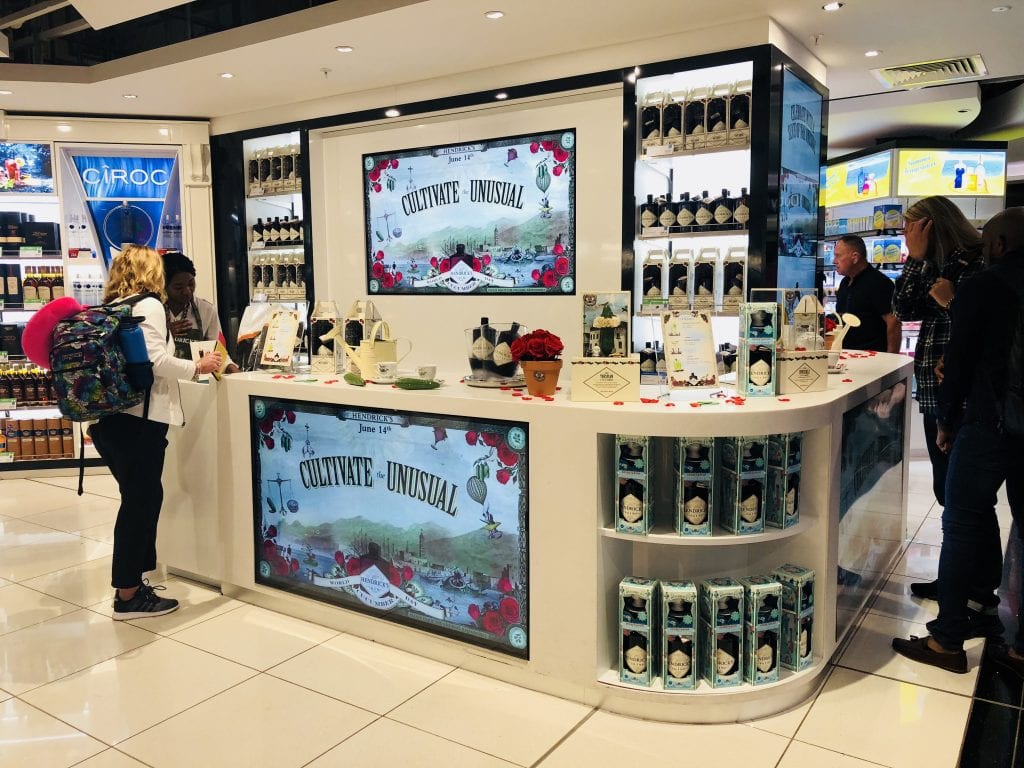 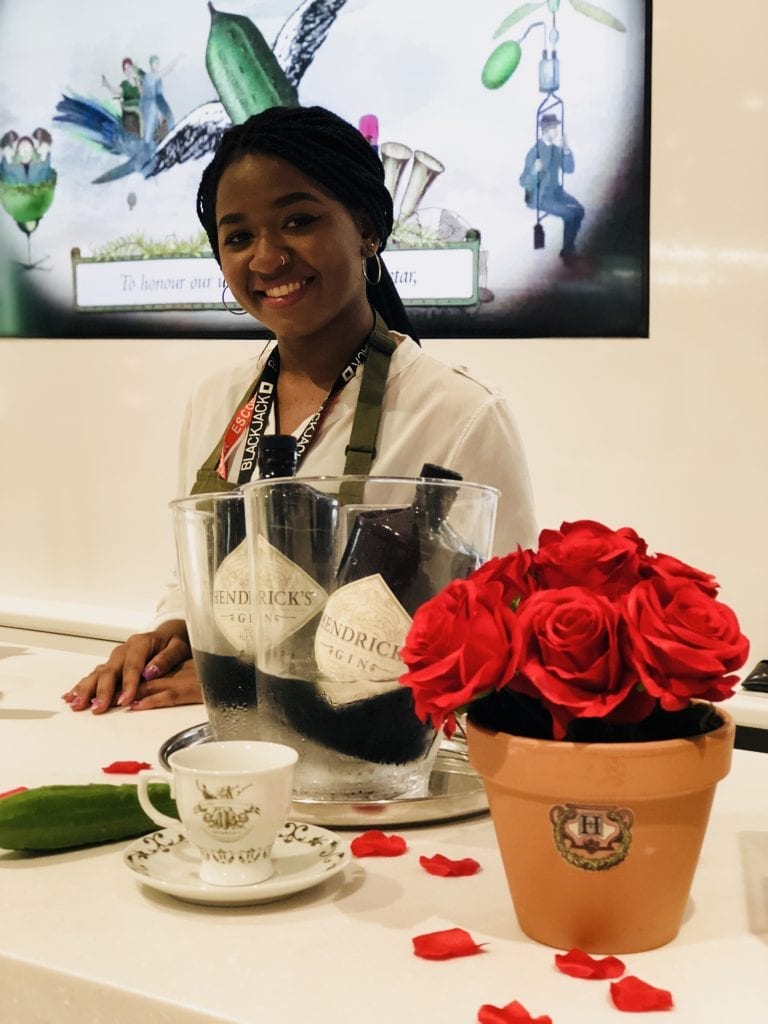 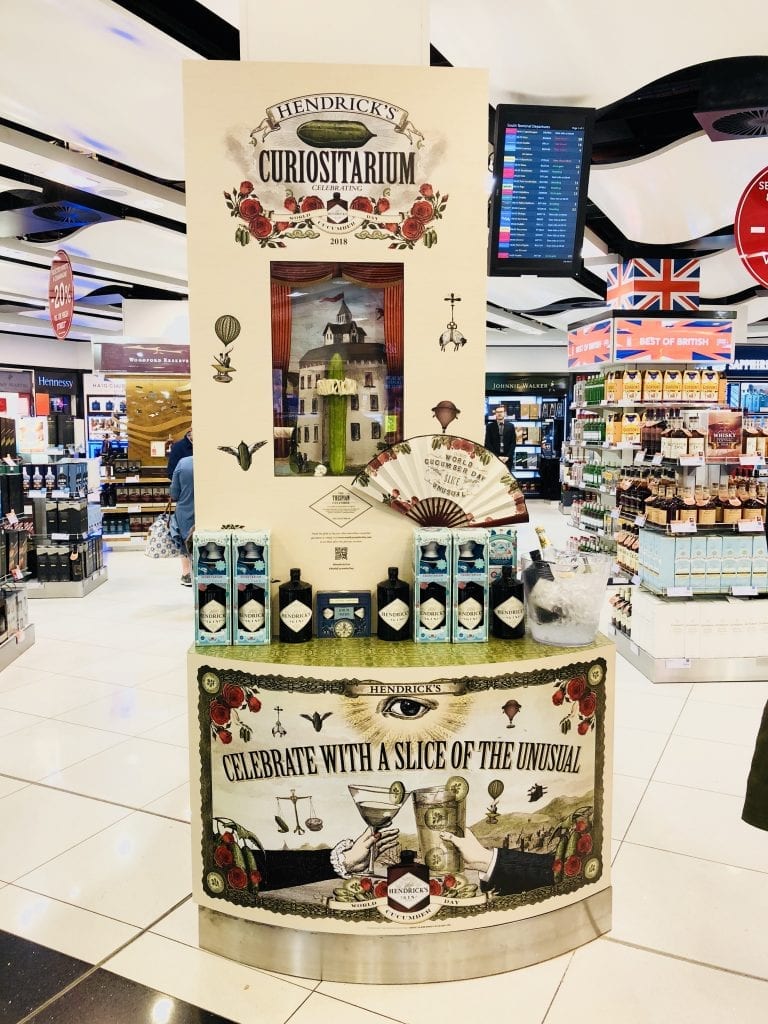 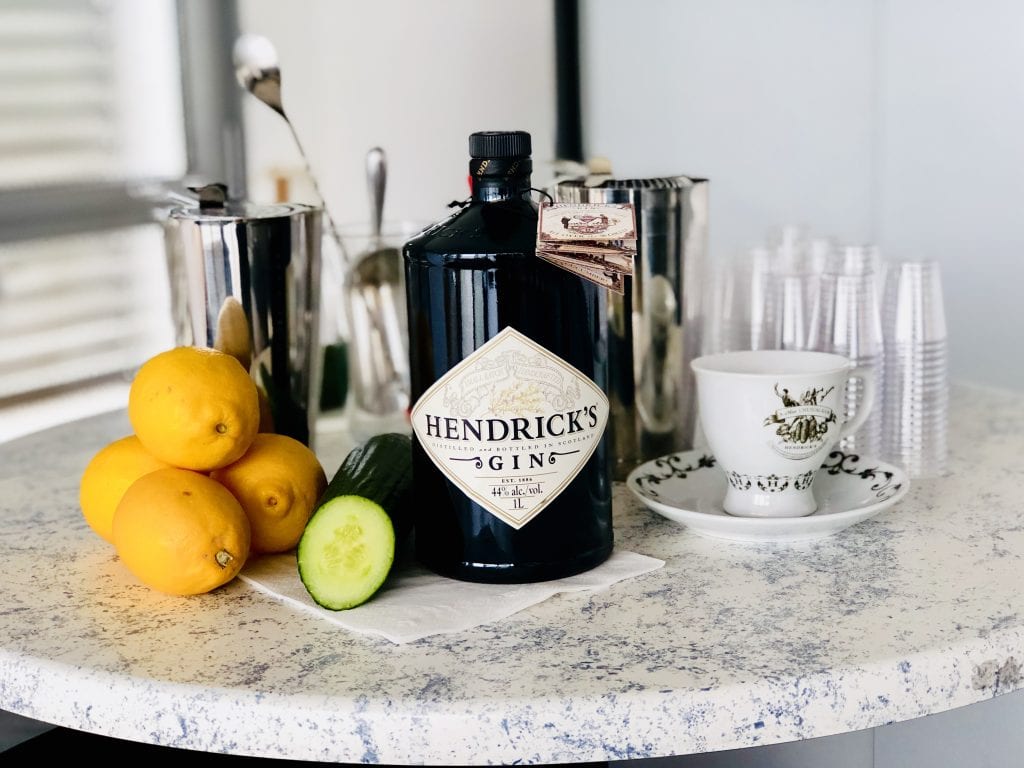 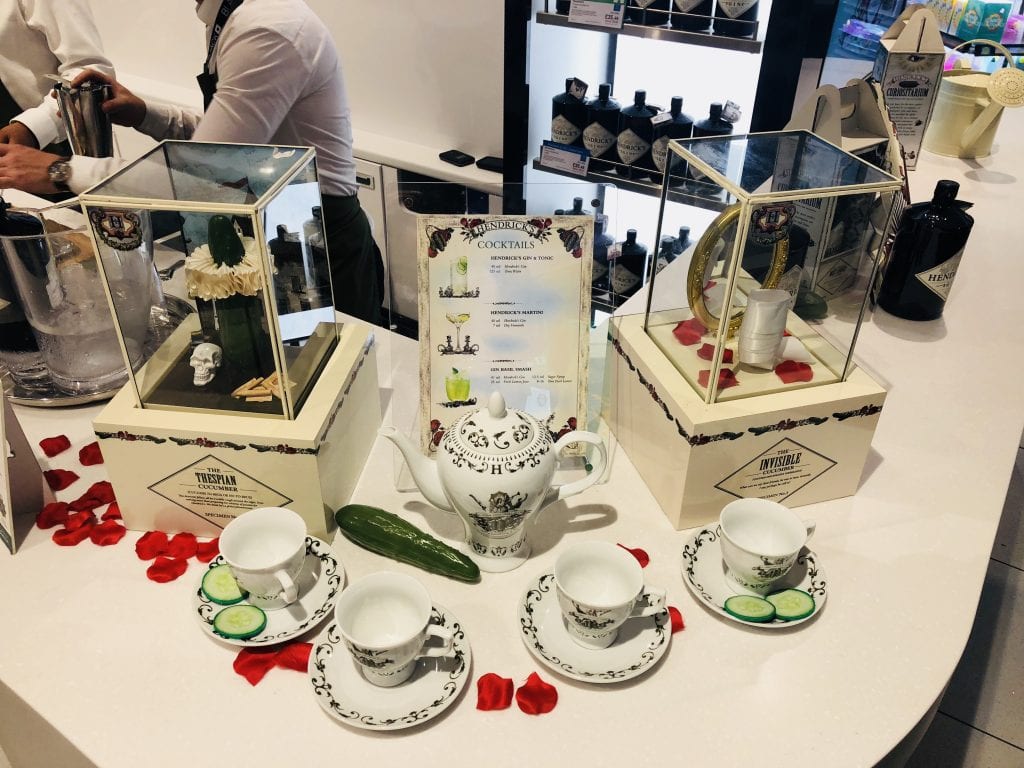 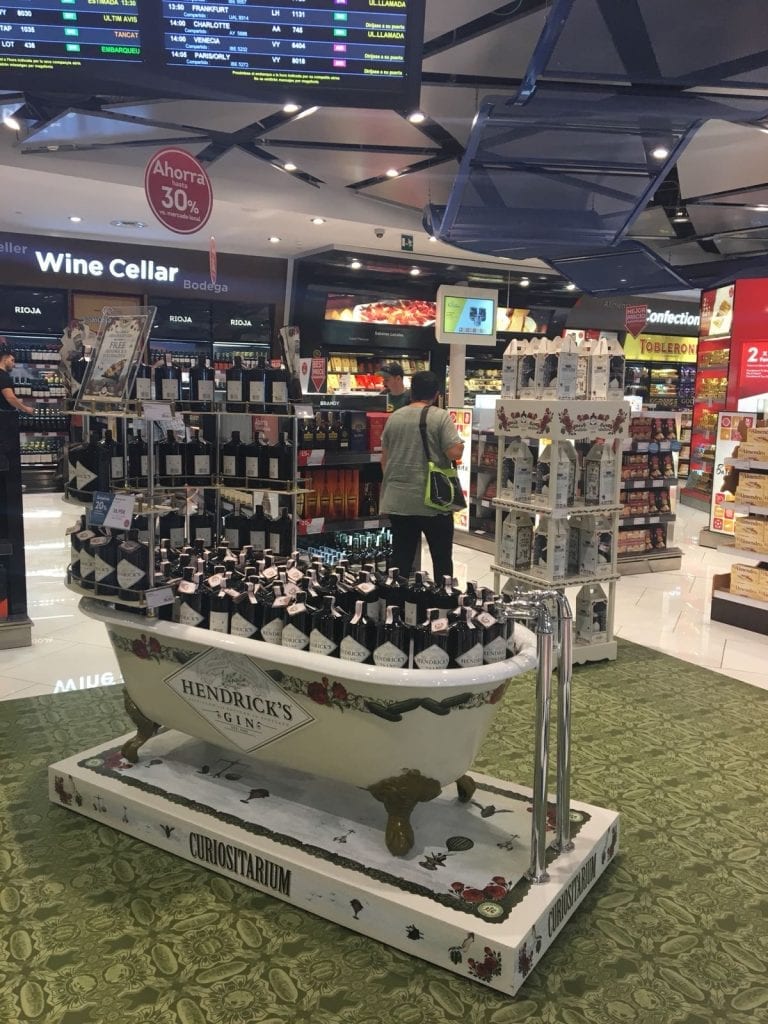 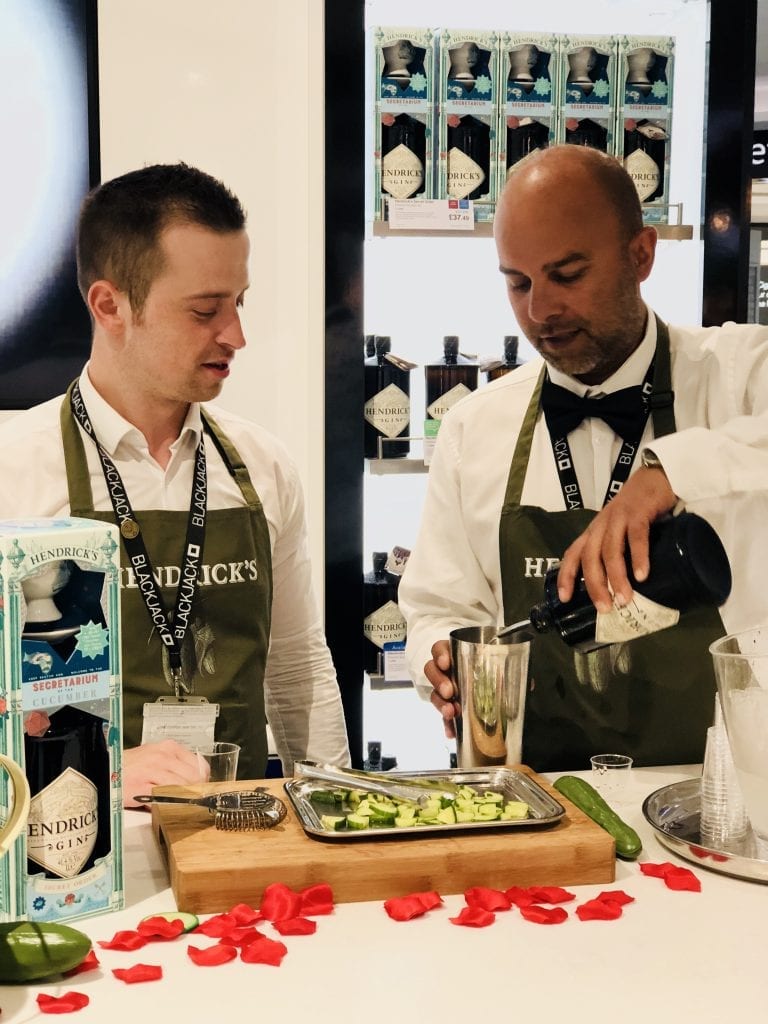 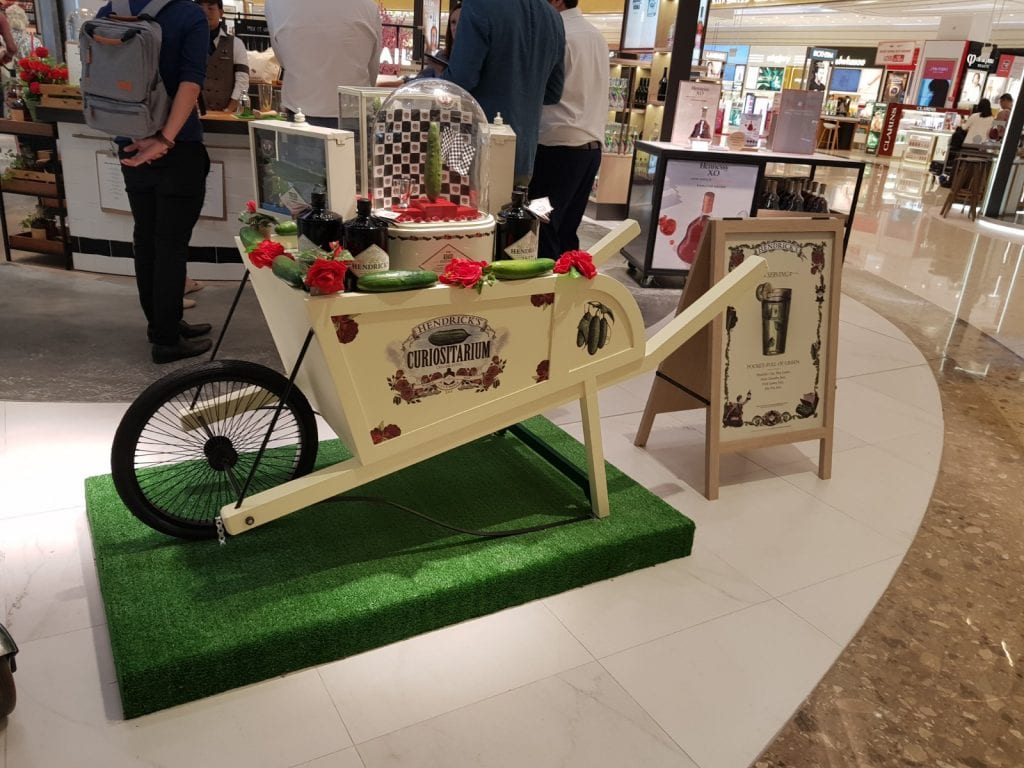 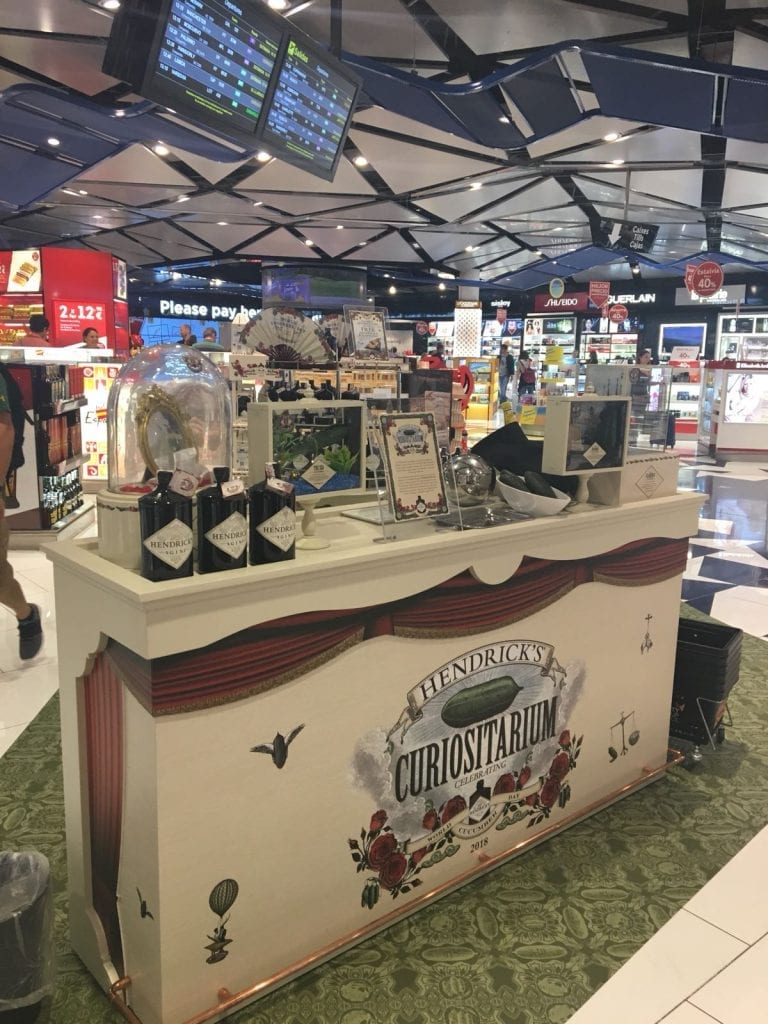 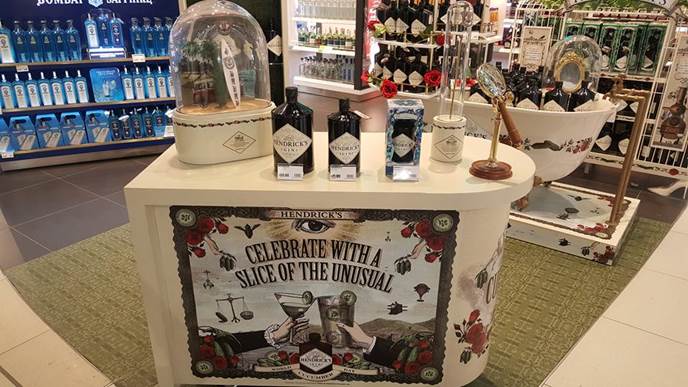 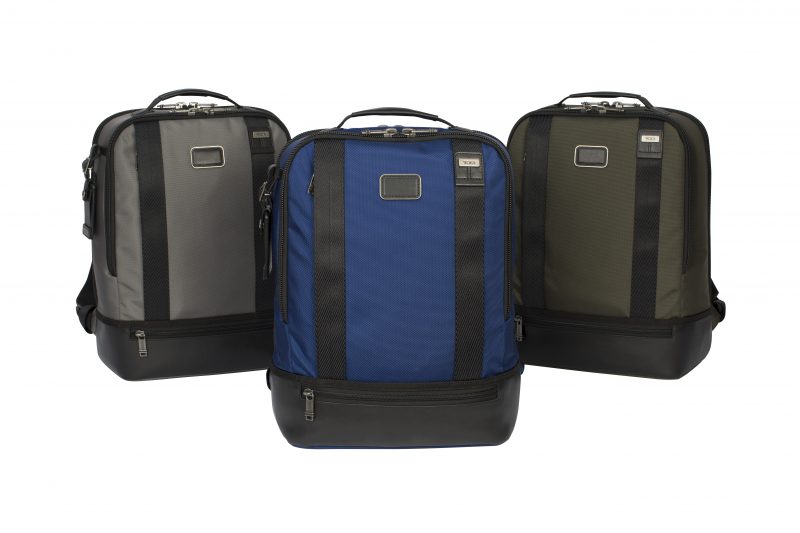 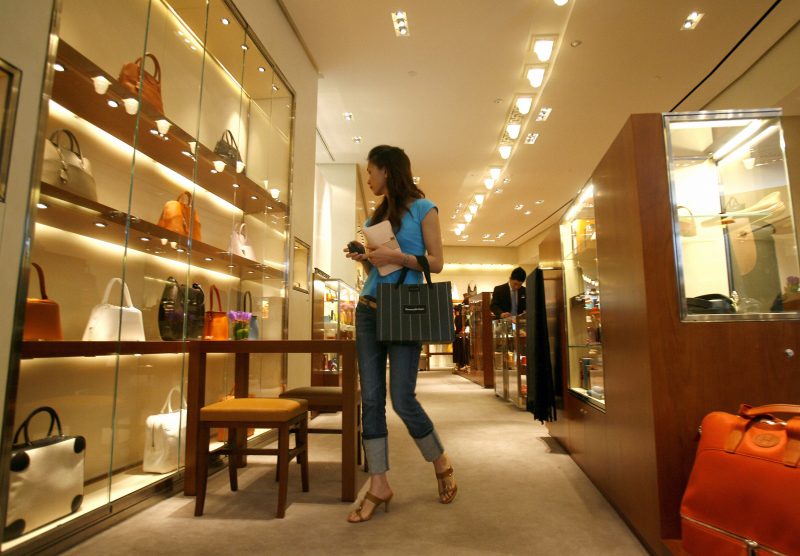 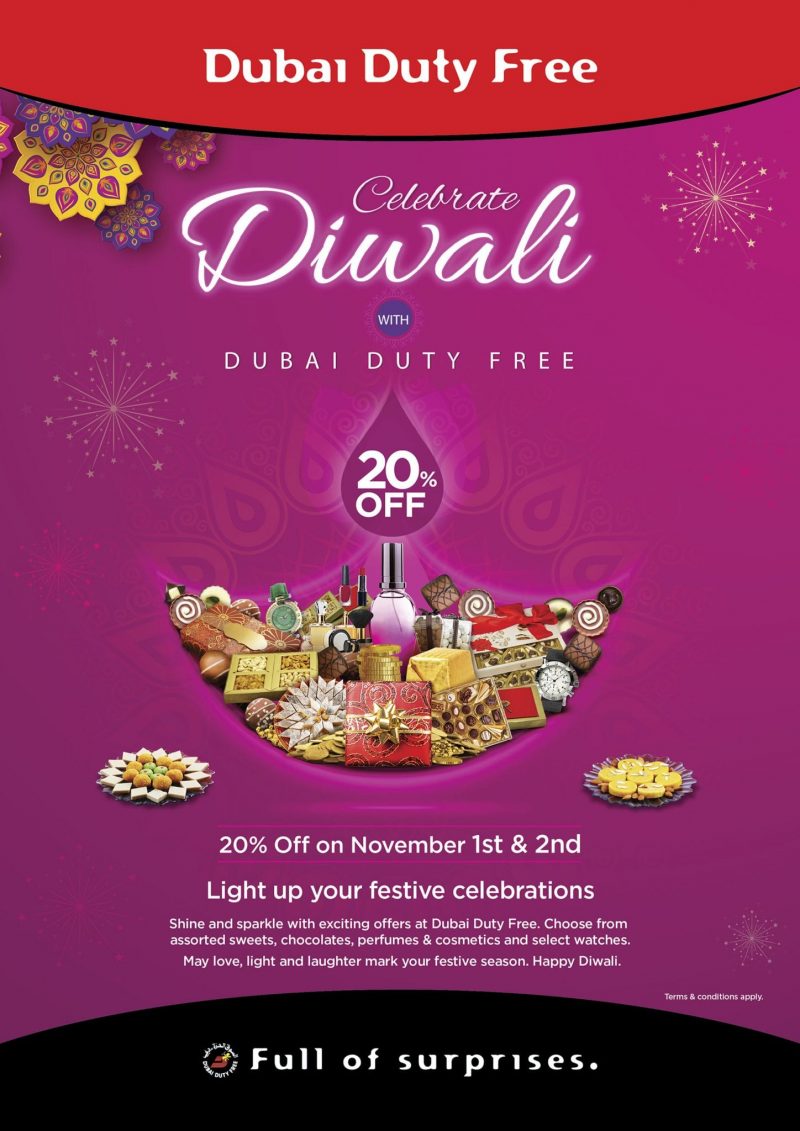