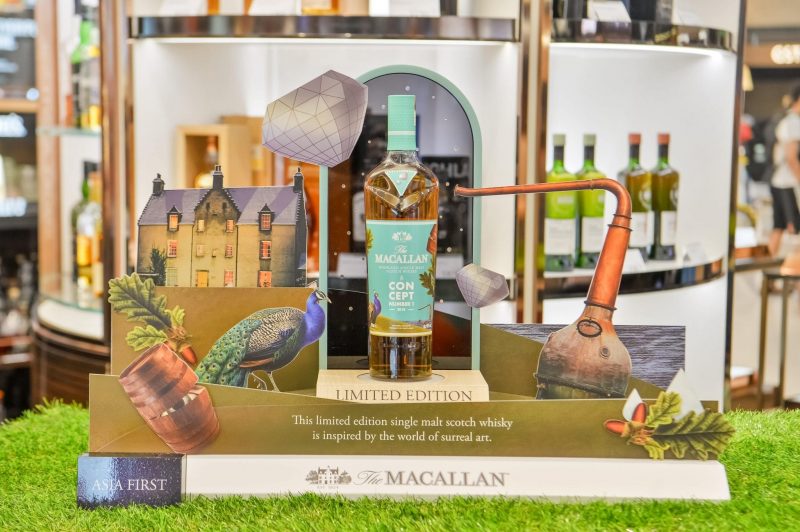 The Macallan Concept Number 1 has bought a touch of surrealism to Asia as it continues its rollout in Global Travel Retail. To support the whisky’s launch in the region, Edrington Asia Travel Retail has teamed up with DFS Group for an exclusive two-month launch promotion at Singapore Changi Airport.

The first in an annual, limited edition series, The Macallan Concept Number 1 was inspired by the whimsical world of surreal art and celebrates the world’s visionaries by daring to disrupt the whisky making process. Bringing together imagination and idealism to create a fantastical, sensorial world of whisky where anything and everything is possible, the label and packaging of The Macallan Concept Number 1 features a surrealistic interpretation of The Macallan’s Six Pillars -– the spiritual home, curiously small stills, the finest cut, exceptional oak casks, natural colour and peerless spirit.

In addition, a large-scale integrated shopper experience in Terminal 4 leverages augmented reality to invite travellers to take part in an upside down tasting – tying in with Concept Number 1’s theme of ‘breaking the norm’. The whisky’s tasting notes appear upside down on a card but when the customer looks through the special device, they appear the right way up.

Visitors can also use an iPad to scan icons to discover The Macallan six pillars, inspired by the world of surreal arts, and have their photo taken with graphics from Concept Number 1’s bottle and box – including a peacock.

Marcelo Colombo, Managing Director Edrington Asia Travel Retail, comments: “The Macallan Concept Number 1 represents a bold and disruptive step for The Macallan in travel retail and our ambition was to match this with an equally disruptive launch campaign in Asia. We’re excited to bring the first release in this new series to life in partnership with DFS and Changi Airport Group (CAG), who have supported us with the platform to deliver such a large-scale and category disrupting launch.

“The Concept series highlights The Macallan’s commitment in driving excitement and newness in the global travel retail channel, while creating a unique and engaging brand experience for shoppers.”

The Macallan Concept Number 1 is available in selected airports throughout Asia Pacific from February onwards. The recommended selling price is USD$125. 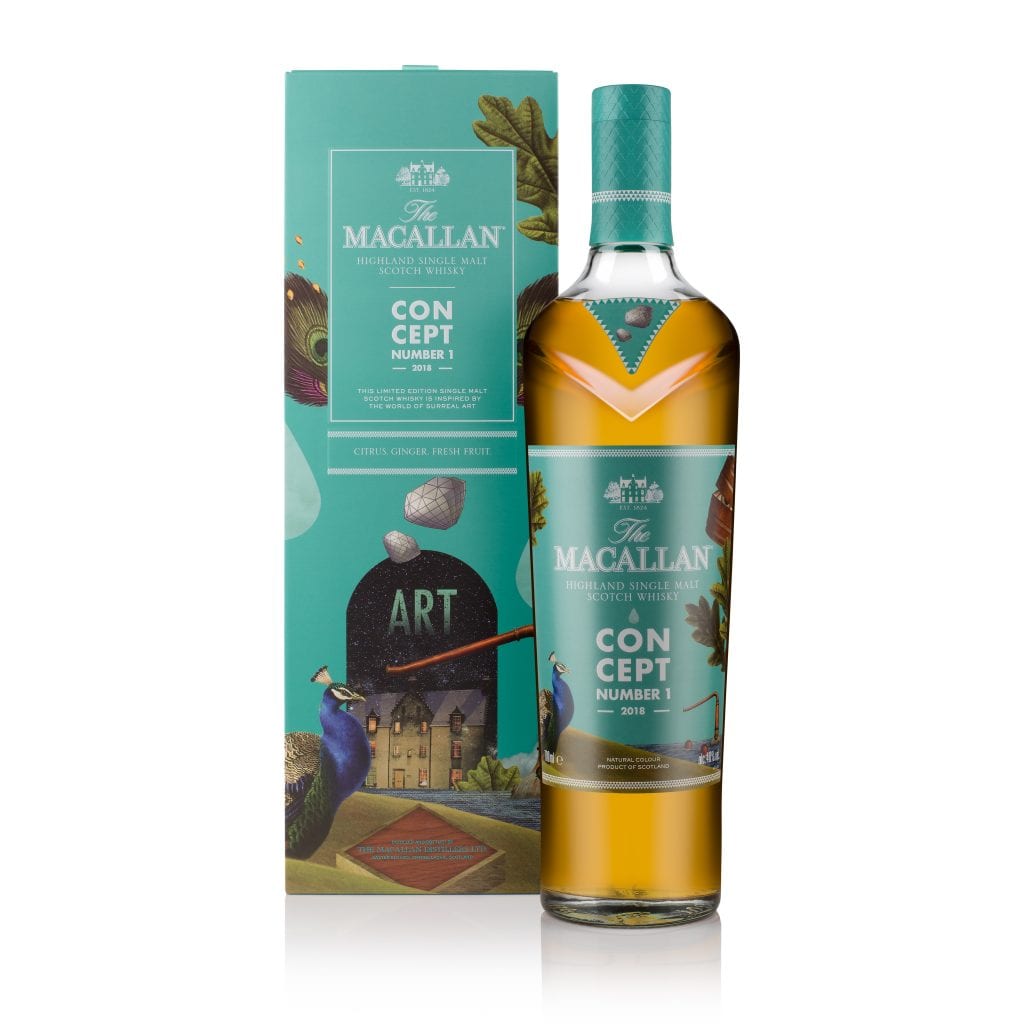 See photos from DFS at Singapore Changi below: 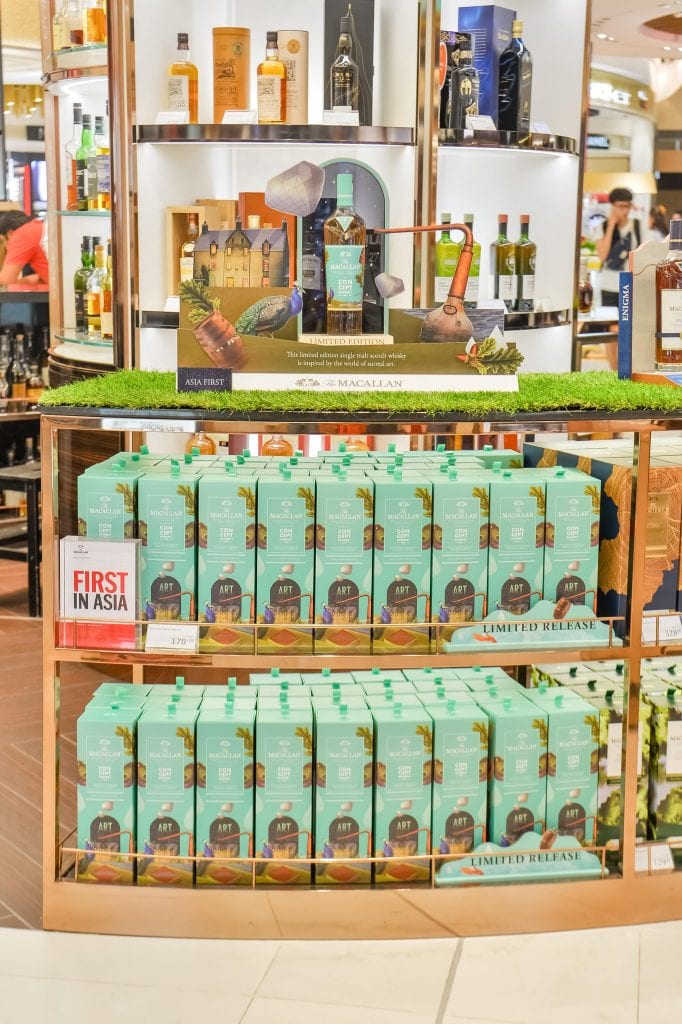 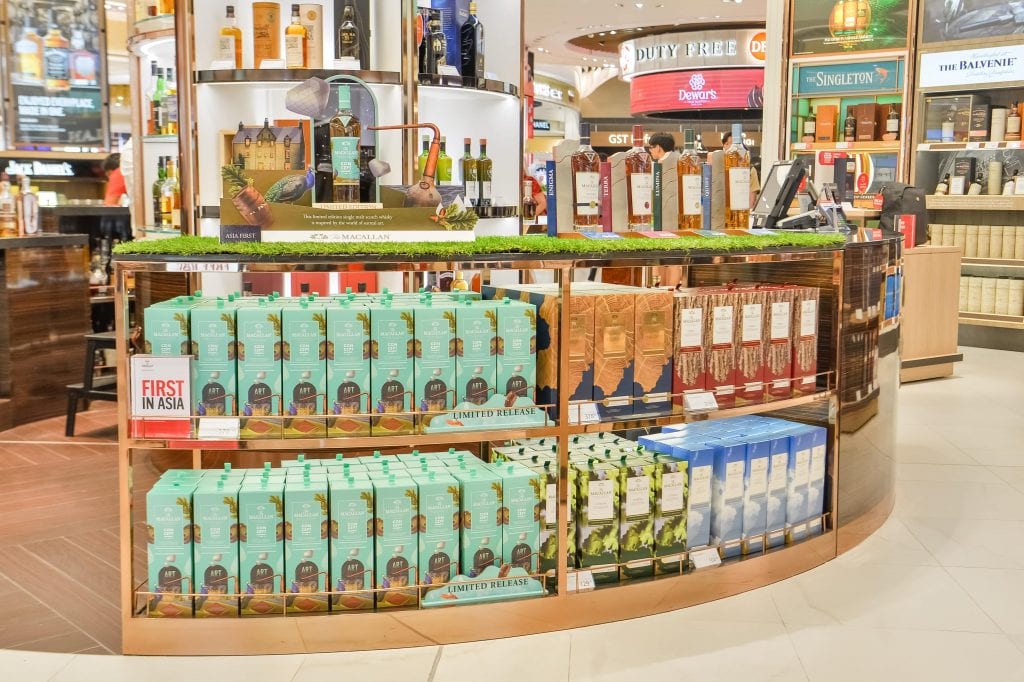 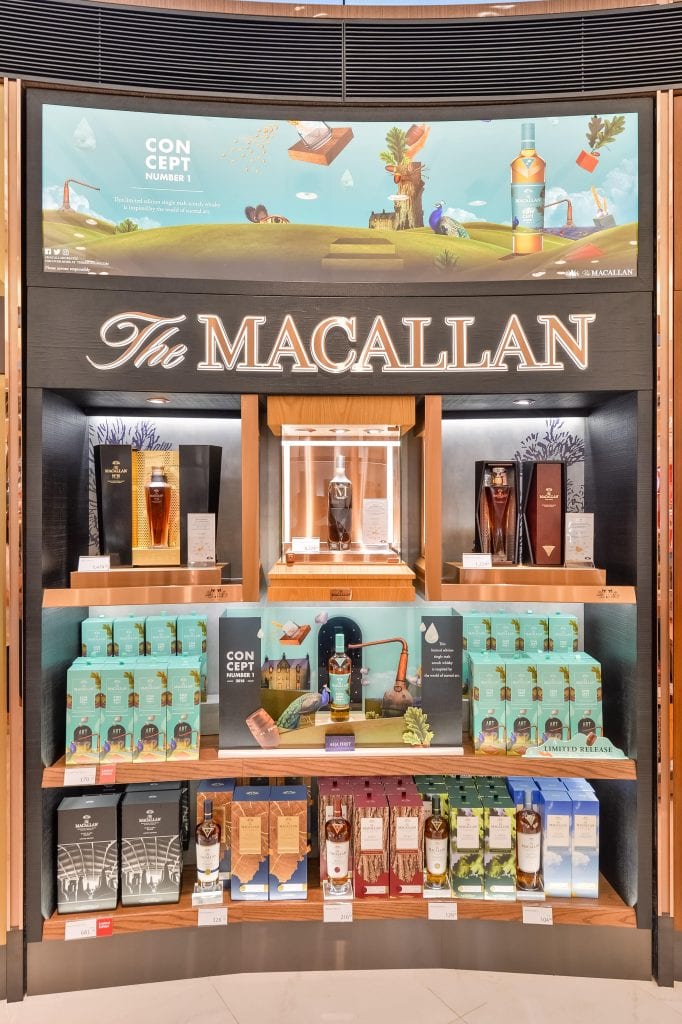 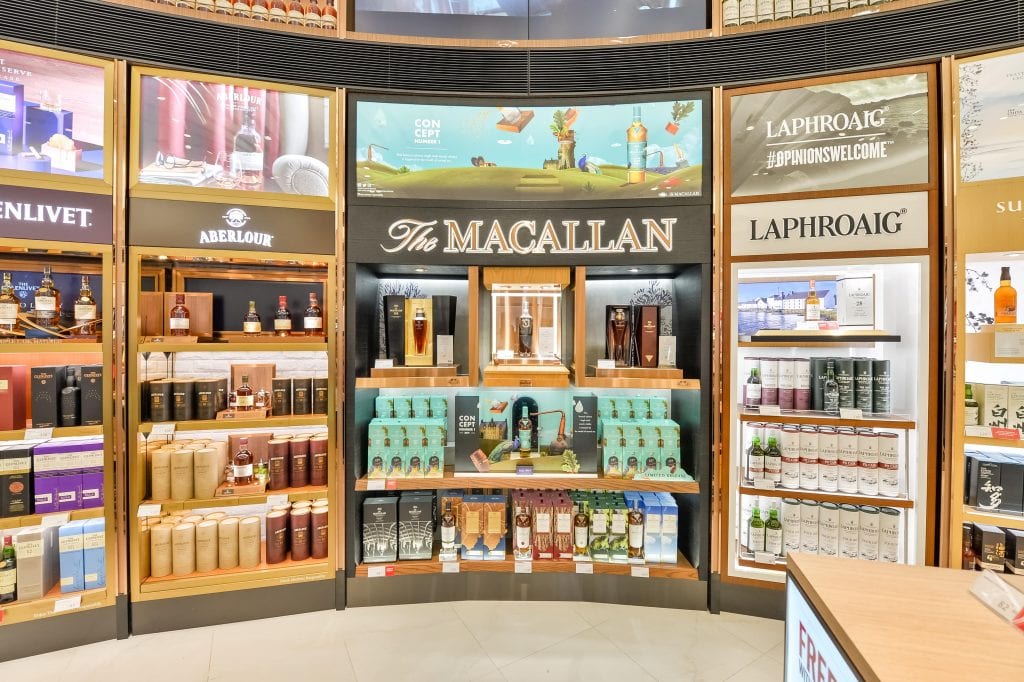 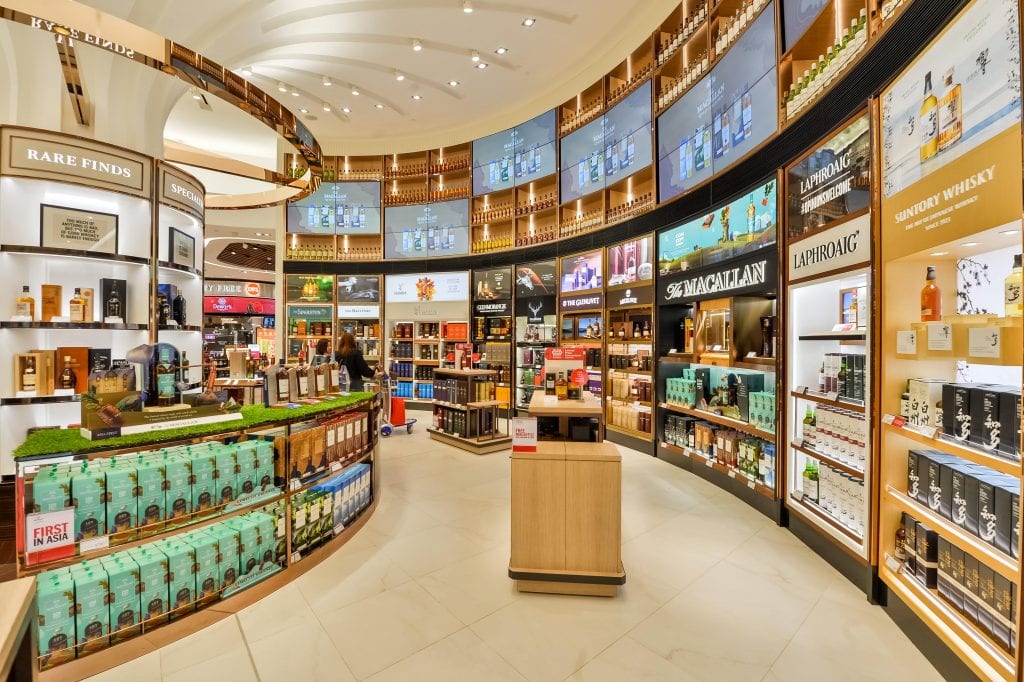 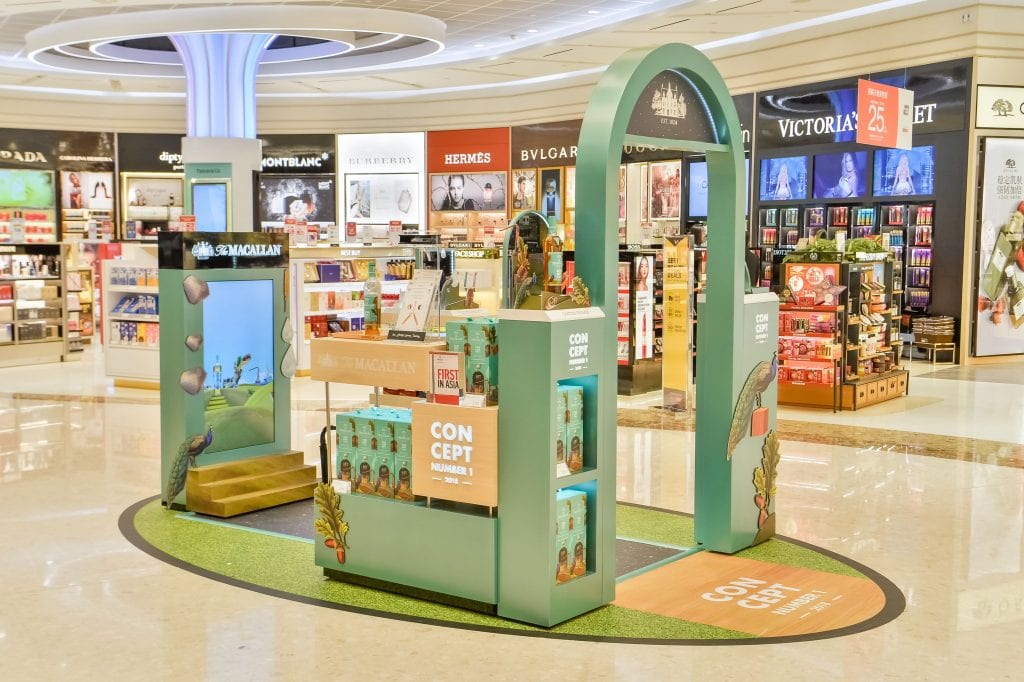 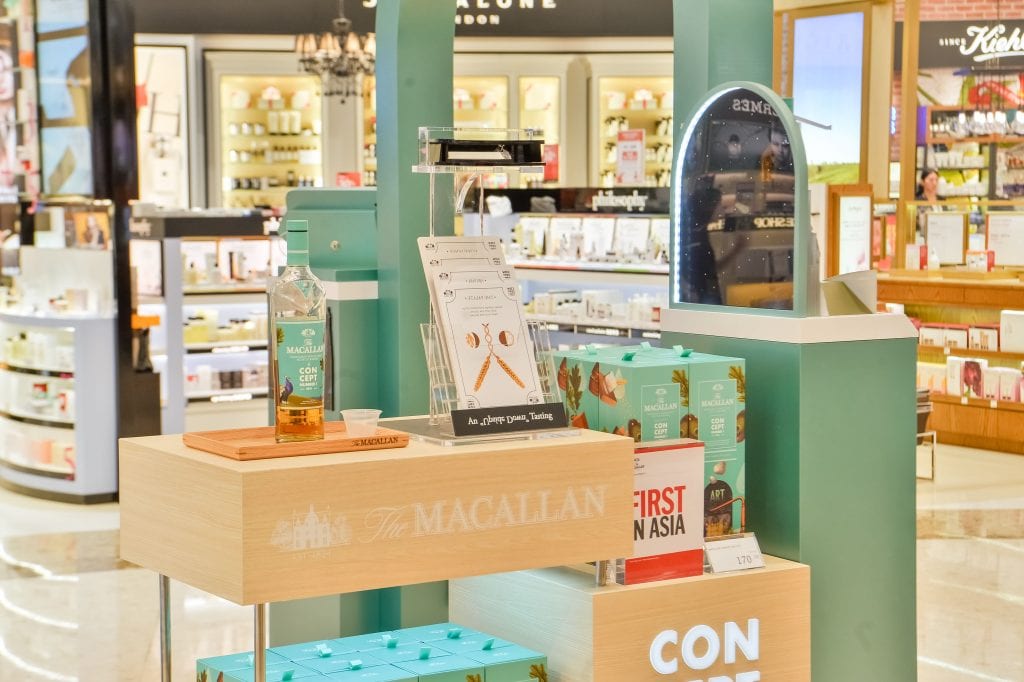 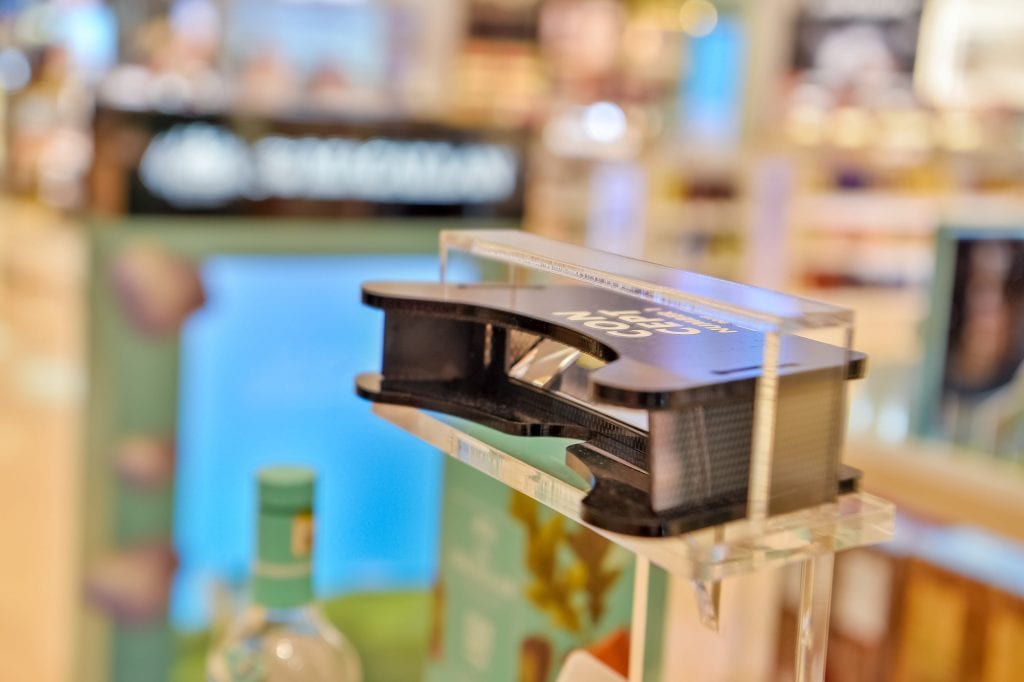 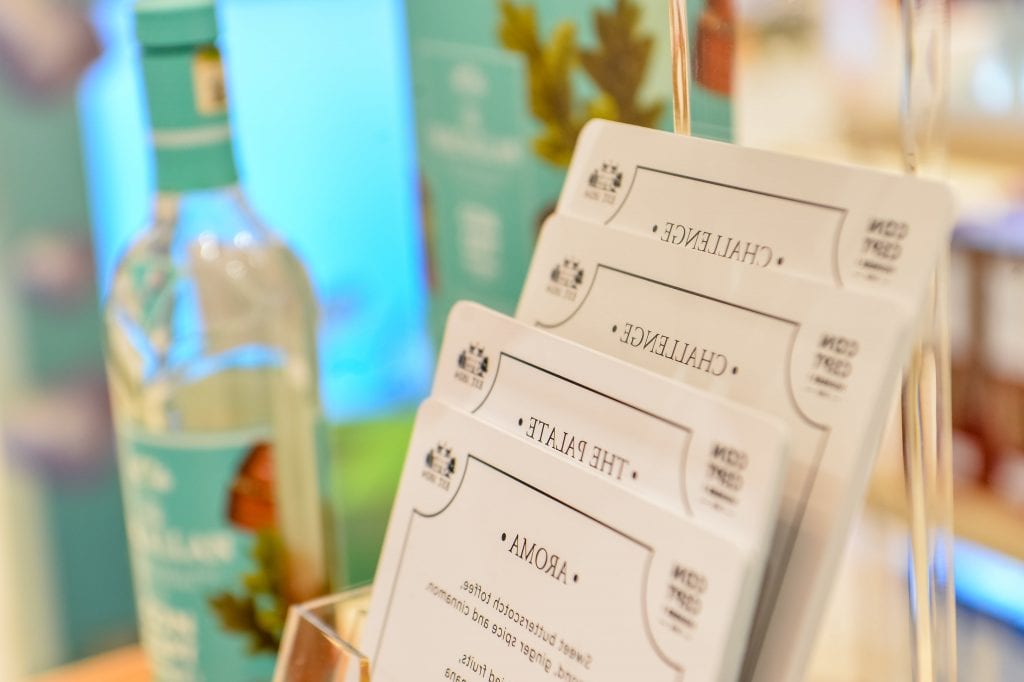 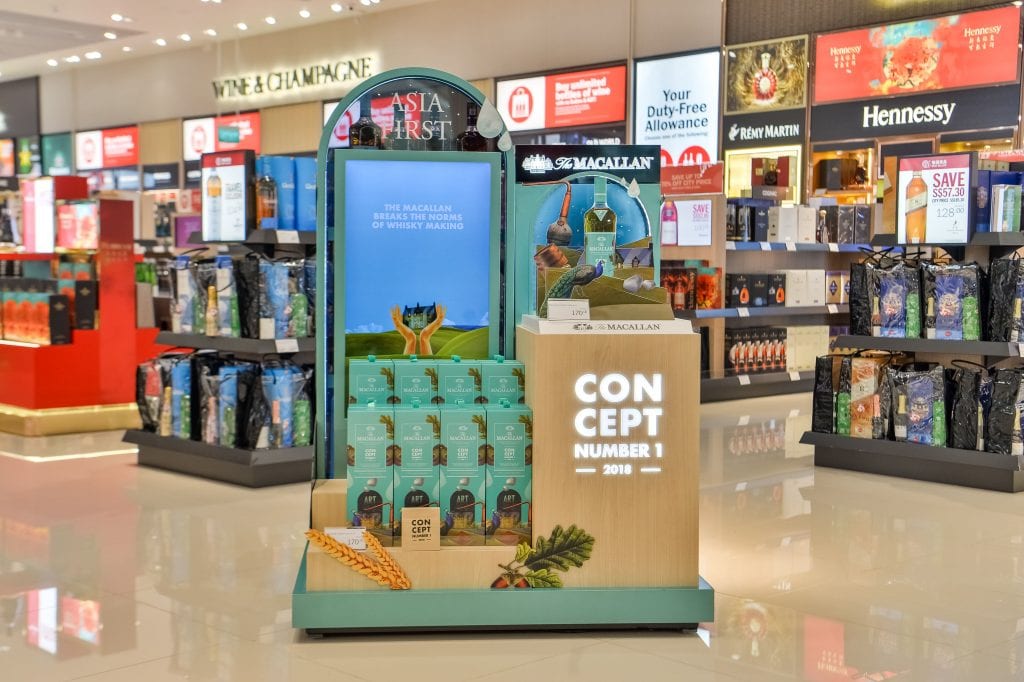 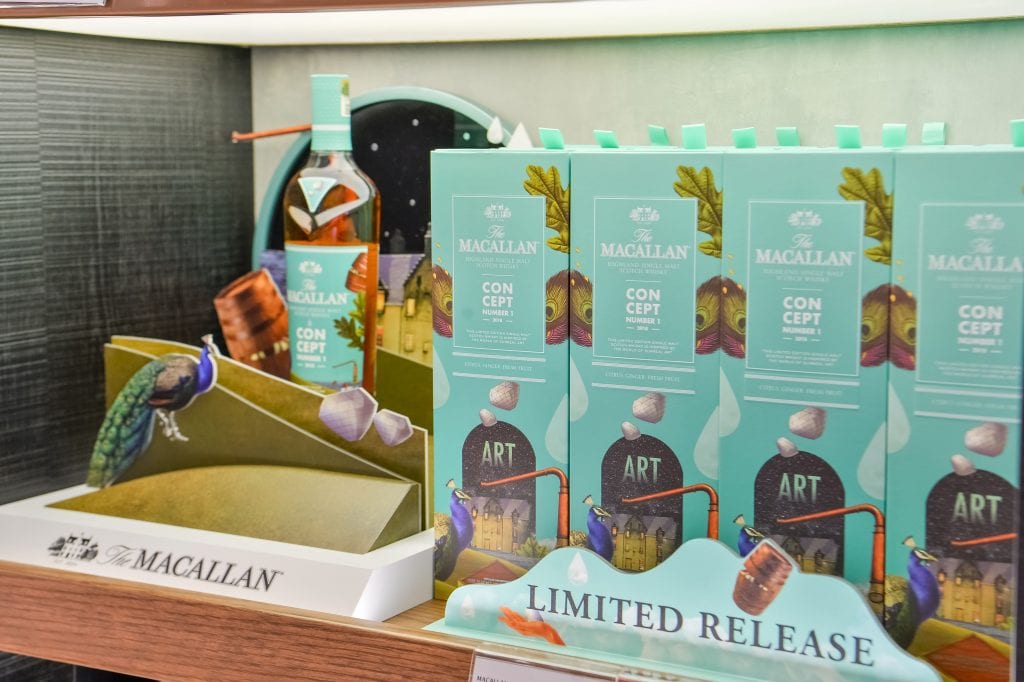 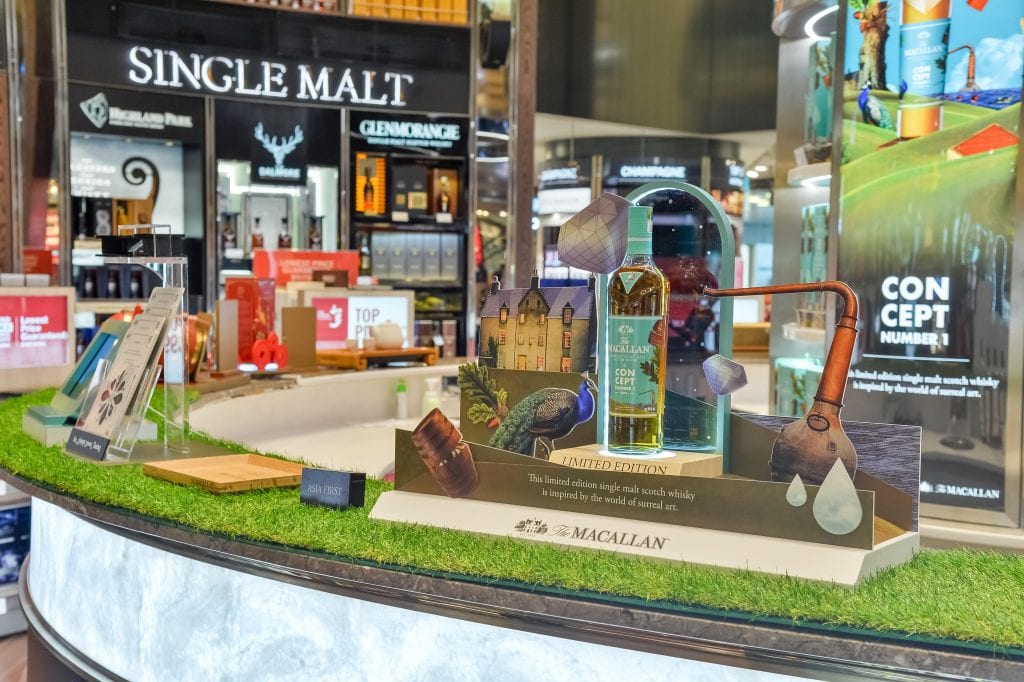 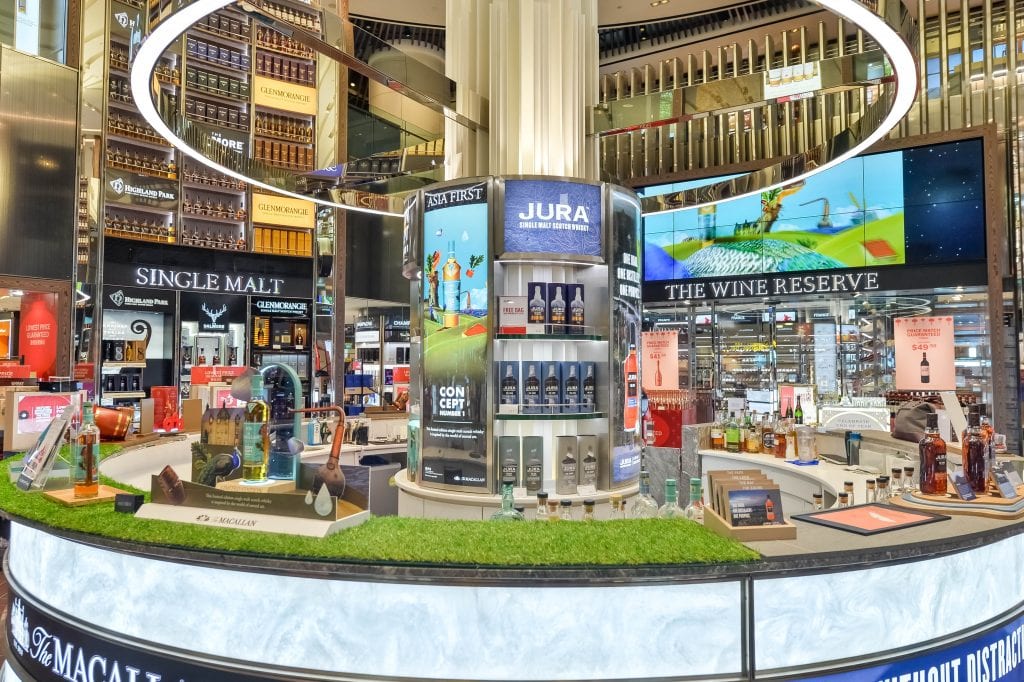 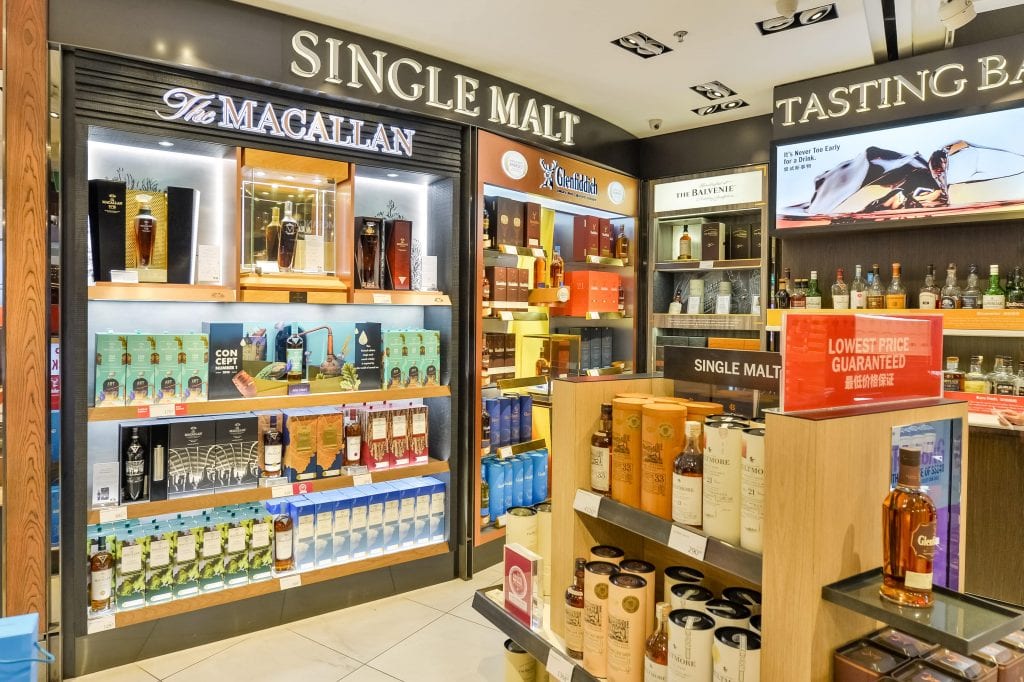 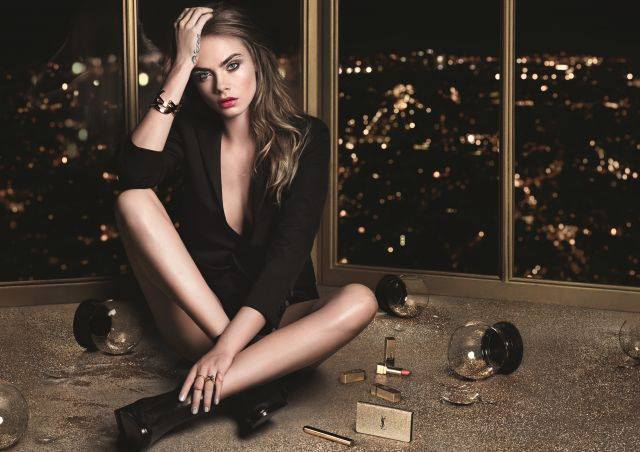 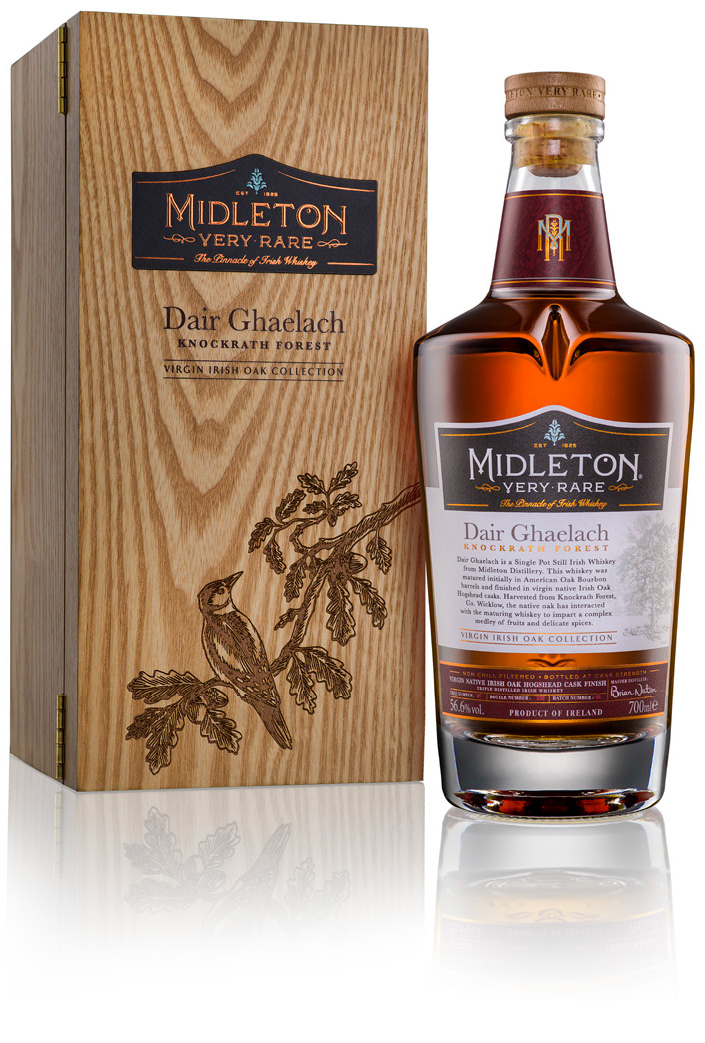 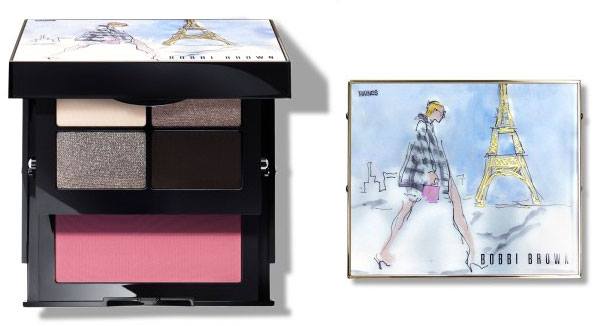