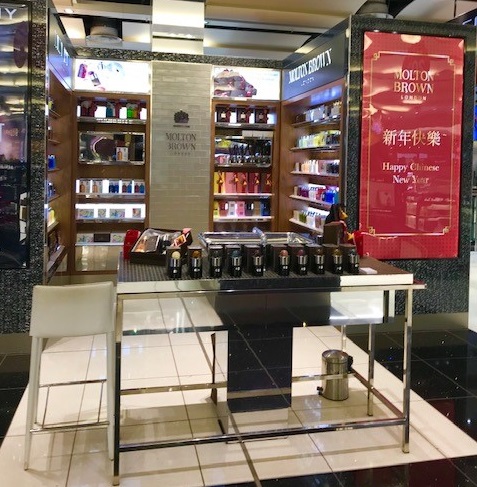 Molton Brown, the iconic British fragrance house, has unveiled a series of luxury, traditional, and exclusive gifting activations for travellers during the Chinese New Year and Valentine’s Day period. 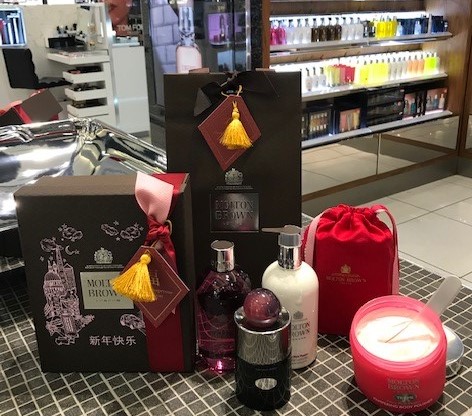 The 2019 edition features an illustration from Niki Groom, who is better known as the fashion illustrator Miss Magpie Fashion Spy. It includes both iconic London landmarks, to reflect the brand’s British heritage, and a Happy New Year tagline in Mandarin to celebrate with the Chinese audience.

Rosie Cook, Molton Brown Associate Director Global Travel Retail, says: “This activation was such a success last year that we are delighted to be partnering with World Duty Free exclusively this year to bring WDF shoppers this very special gifting opportunity. This partnership demonstrates our commitment to create something truly unique for our customers and partners in the travel retail market.”

Molton Brown has also renewed its partnership with iClick to engage Chinese customers in the UK during Chinese New Year via apps including Hyperlocal, Mosocial and Youdao. Through this promotion, Chinese customers visiting the UK will be able to benefit from an exclusive offer of a complimentary Ginger shampoo when they spend £50 in selected Travel Retail counters (London Heathrow, London Gatwick, Manchester, Edinburgh and Glasgow) as well as in store and online at moltonbrown.co.uk.

To mark the holiday season, Molton Brown is also unveiling a Limited Edition red pouch that will be offered to travellers buying an Eau de Parfum or Eau de Toilette on travel retail counters as well as in standalone stores.
The brand’s popular double-sided gifting ribbon will also return in conjunction with the Valentine’s Day and Chinese New Year celebrations, and be supported by luxury gift tags and tassels. Aimed at elevating Molton Brown’s gifting offer through personalisation, the gift tag will carry the Chinese character for luck in red and gold to reflect the core colours of the holidays and be adorned with a luxurious gold tassle. 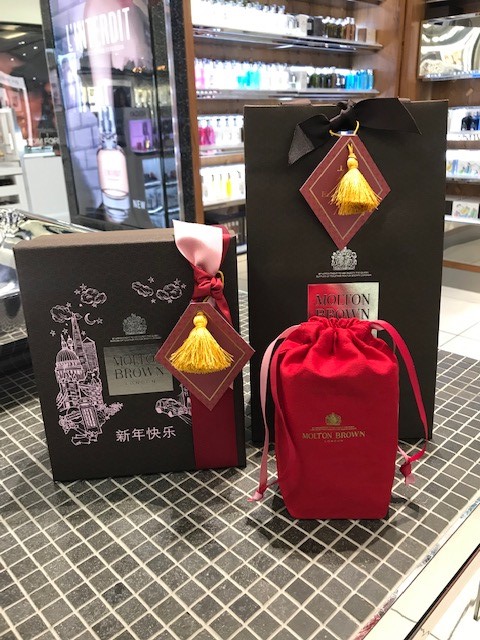 Finally, the gifting promotion will be supported by dedicated campaign visuals and Chinese copy at counters with significant Chinese traffic, as well as a full page advertisement in the British Airways Chinese inflight magazine (December/January/February issue of High Life magazine). This promotion, specifically tailored to Chinese shoppers flying during the holiday season, will feature a fresh marine scent collection, Coastal Cypress & Sea Fennel, which is Molton Brown’s highest growing fragrance collection in travel retail and is particularly popular among Chinese shoppers.

These activations are undoubtedly illustrating Molton Brown’s commitment to be as relevant as possible to customers around the world and to develop further opportunities with Chinese travellers. 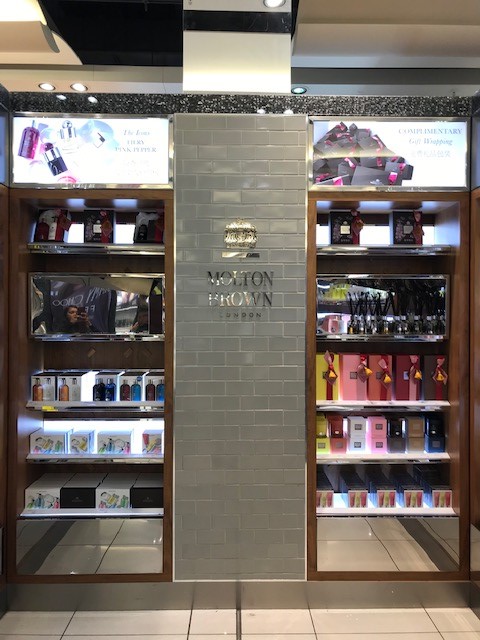 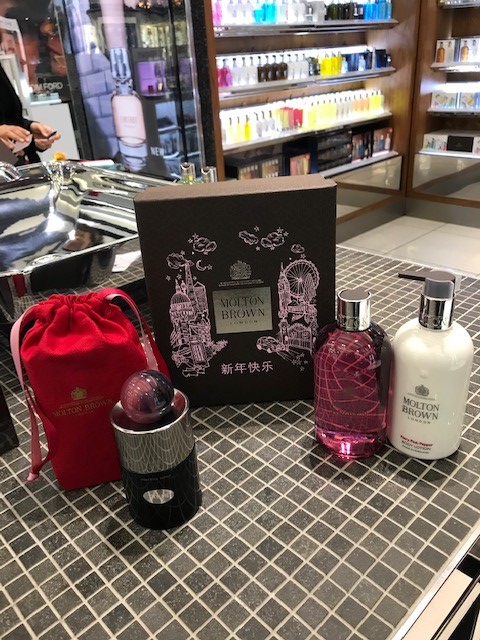 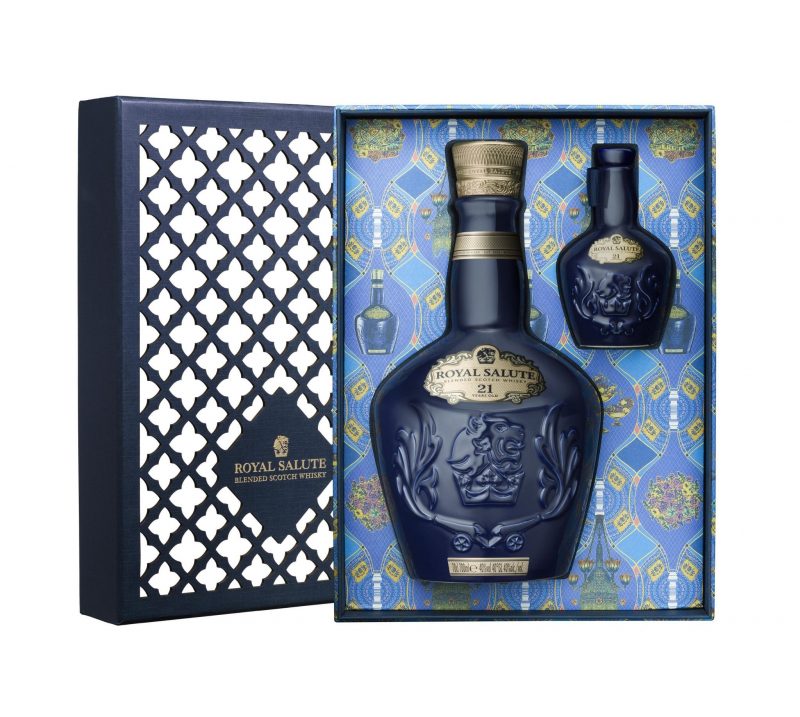 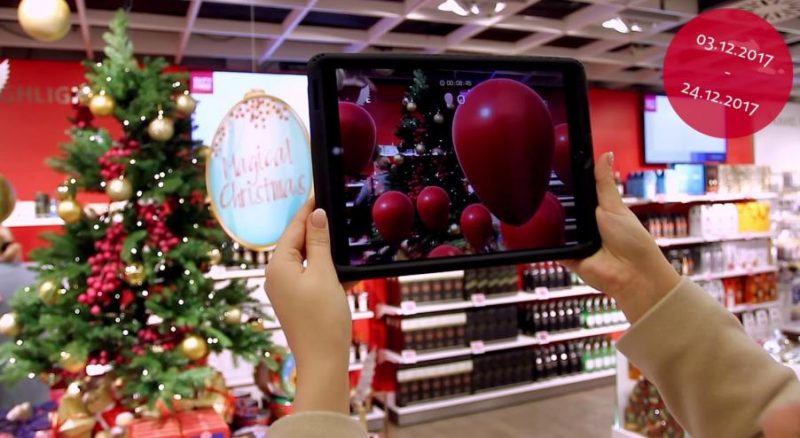 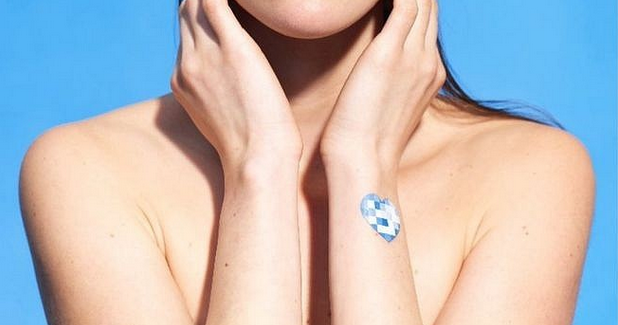