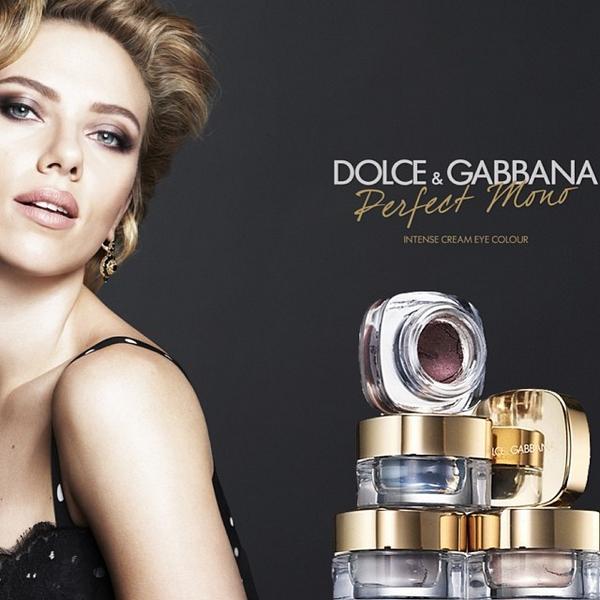 Scarlett reprises her role as Dolce & Gabbana’s muse in a beautiful behind the scenes video of D&G’s AW14 campaign, debuting the brands hot new beauty product.

Scarlett Johansson is often compared to screen-siren Marilyn Monroe thanks to her perfectly-proportioned curves, blonde bombshell locks and full pout.

Now, the 29-year-old actress is putting her gorgeous attributes to good use as she reprises her role as the face of high-end fashion brand Dolce & Gabbana in their new AW14 campaign along with a stunning behind the scenes video, channelling the ’50s starlet in the process…

Speaking of the shoot, the Avengers star said ‘[it] was great, sort of like working on a little movie, which was unexpected but really fun, sort of our tribute to Marilyn’. We reckon the team certainly did her justice.

The campaign is centred around the Italian fashion-house’s AW14 collection, playing a particular focus on their brand new Perfect Mono Intense Cream Eye Colour, which hits stores on August 19th.

The short film gives us a sneak peek at the making of the campaign and shows Scarlett’s beauty look being created using their luxe new product. In true Marilyn form, Scarlett is styled in a figure-hugging dress in a sleek monochrome polka-dot print, nodding to the Monroe’s personal style. Her hair was styled in large waves and swept back from her face, completing the actress’s retro transformation.

Speaking of Dolce and Gabbana’s shadow, Johansson revealed ‘you can really go from day to night with their palette, using the lighter, more iridescent colours, and just adding a little mascara to go. It’s nice to have something that’s actually easy to use’.