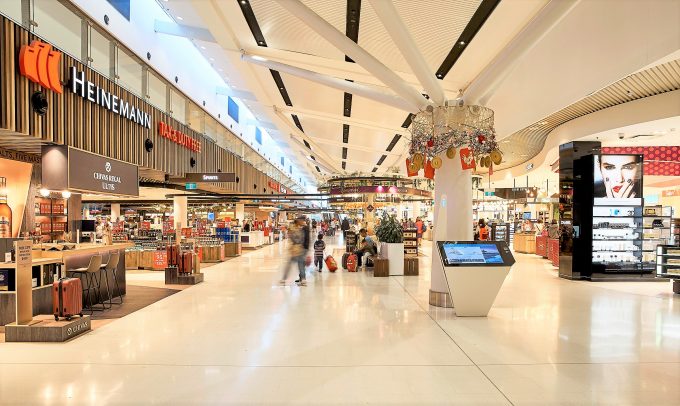 Sydney airport gets dressed up for Chinese New Year

Sydney Airport will celebrate Chinese New Year with a range of exciting in-terminal activities including special performances, tailored retail offers and decorations to mark the Year of the Rooster, extending Sydney’s cultural calendar to the airport.

As Australia’s international gateway and the premier tourist destination for Chinese visitors, Sydney Airport will facilitate the arrival of over 140,000 Chinese nationals during the peak demand period.

Sydney Airport Managing Director and Chief Executive Officer Kerrie Mather said it was particularly exciting to launch the celebrations in 2017 which has been declared the China-Australia Year of Tourism.

“We’re thrilled to be part of Sydney’s Chinese New Year celebrations again and look forward to marking the Year of the Rooster at Sydney Airport,” Ms Mather said.

“China is our fastest-growing international passenger market, representing 7.4 per cent of total passengers. As our largest group of foreign inbound passengers, we’re working closely with our partners to deliver an airport experience that caters to our Chinese travellers.

“We’ve welcomed several new routes and additional services from China recently, and have seven airlines serving 14 mainland Chinese cities from this week. There will be up to 150 non-stop flights from greater China each week during this busy Chinese New Year period.”

At the same time, roving promotional staff will surprise lucky passengers with a Sydney Airport gift card to use across any of Sydney Airport’s retailers where eftpos is accepted. Launched in November 2016, the gift card (see story) is an innovative gifting solution and the first of its kind at an Australian airport.

This year, Sydney Airport has continued its investment in festive red and gold decorations symbolising good fortune and happiness for its T1 International terminal, welcoming and farewelling passengers during the period.

This is the fifth year Sydney Airport has partnered with the City of Sydney to celebrate the Chinese New Year Festival, now in its 21st year and the largest such event outside of mainland China.
Sydney Airport has implemented a range of China ready initiatives to welcome Chinese passengers throughout the year, including Mandarin speaking Airport Ambassadors, signage and information available in simplified Chinese, support of events such as Lunar New Year, and appropriate retail, food and beverage offerings.

• Chinese New Year festive decorations will be on display at T1 from Sunday, 15 January – Wednesday,15 February 2017