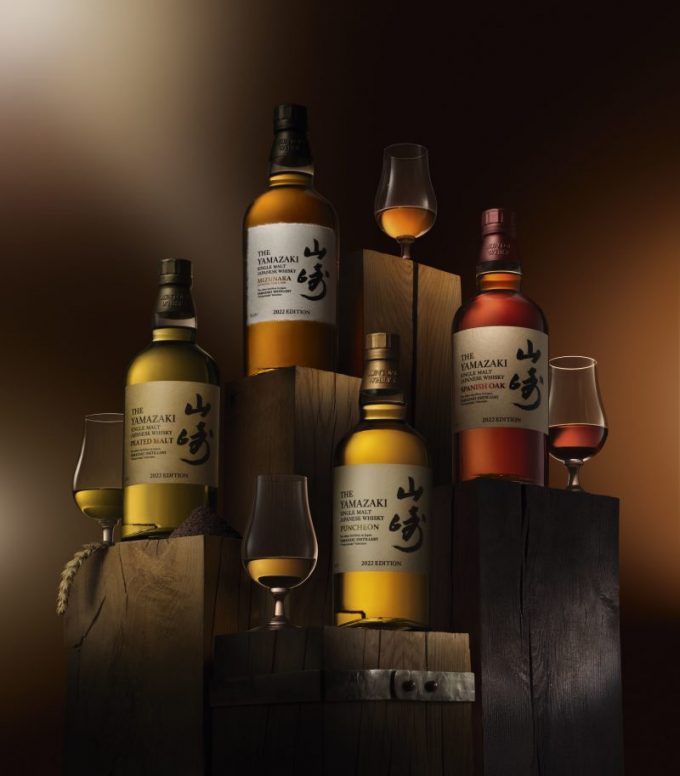 With the launch of the 2022 Yamazaki® Limited Edition Tsukuriwake Selection, the House of Suntory unveils a fundamental piece of its unrivalled craftsmanship and introduces the foundational pillars of Yamazaki Single Malt Whisky – Puncheon, Peated Malt, Spanish Oak and Mizunara. The collection honours Tsukuriwake, which means “artisanship through a diversity of making” and is embraced by the Founding House of Japanese Whisky.

Announcing the release of the 2022 Limited Edition Yamazaki Tsukuriwake Selection, a collection of four Yamazaki single malts that together make the composition of Yamazaki, the pioneer of Japanese Single Malt. Introducing Yamazaki Puncheon, Yamazaki Peated Malt, Yamazaki Spanish Oak and Yamazaki Mizunara – a stunning collection of craftsmanship that honours Tsukuriwake which means ‘artisanship through a diversity of making.’

From its launch in 1984, Yamazaki Single Malt Whisky has always been crafted to be revered for its profound and spiritual nature, its complexity and multi-layered nuance, consistently featuring the foundational pillars – Puncheon, Peated Malt, Spanish Oak and Mizunara. Innovation in Japanese Whisky is known to occur at the back end – in maturation or blending. But few understand the diversity of the whisky components that it takes to achieve this depth and gravitas. The House of Suntory’s Tsukuriwake in Yamazaki uniquely prides itself in multiple strengths of non-peated and peated grain varieties, two types of wash backs, eight pairs with various shapes of pot stills and maturation in four different oak casks (French, Spanish, Japanese and American) with three cask size differences in American Oak. This makes Yamazaki Single Malt Whisky, a Single Malt quite like no other.

“What excited me most about this launch is that just one year before the 100th anniversary of Suntory Whisky, we can finally share the full story behind our Tsukuriwake way of whisky making, which was born from the Founding House of Japanese Whisky,” says Suntory’s Fifth-Generation Chief Blender Shinji Fukuyo. “The 2022 Yamazaki Limited Edition Tsukuriwake Selection honors the fact that greatness comes from diversity. And in doing so, we unveil what truly makes Yamazaki Single Malt Whisky the authority of Japanese Whisky.”

The story of Yamazaki is the story of Japanese Whisky. In 1923, when Shinjiro Torii built Japan’s first malt distillery in Yamazaki, he had no one with whom to exchange and broaden his malt repertoire. Being the Founding House of Japanese Whisky meant that the House of Suntory had no choice but to build its own approach to crafting whisky. Experimenting with a variety of grain types, wash backs, distillation methods, casks and blending techniques resulting in the House of Suntory’s globally acclaimed Tsukuriwake style – artisanship through a diversity of making. Through years of experimentation, repeated trial and error, perseverance and persistence, it took three generations, three Master Blenders and five Chief Blenders to transform what happened out of necessity into one of the key signatures of the House of Suntory. Suntory continues to produce a depth and breadth of malt whisky components that keep pushing the boundaries of what Suntory Whisky can be.

The 2022 Yamazaki Limited Edition Tsukuriwake Selection, initially released in Japan in 2020, will be available in the next month in select global markets including the United States, the United Kingdom, Germany, France, Austria, Spain, Singapore, Taiwan, China, South Korea, Thailand and Australia. Each expression is bottled at 48% ABV and has a suggested retail price of $450 USD with the exception of the Mizunara bottling, which has a suggested retail price of $620 USD. 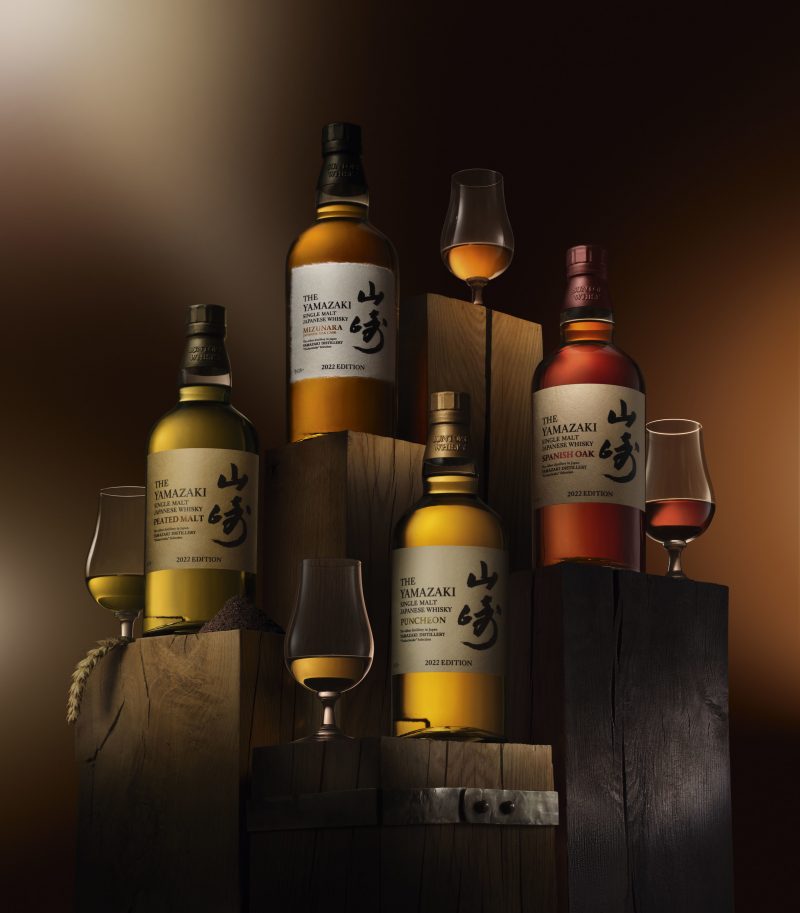 YAMAZAKI PUNCHEON
The Puncheon is considered as the “heart” of what makes Yamazaki Single Malt, Yamazaki.
The Yamazaki Puncheon Single Malt Whisky is comprised of meticulously selected malts aged exclusively in puncheons crafted by Suntory artisans from hand selected American oak. With a capacity of approximately 480 liters, these large casks allow malt whiskies to mature slowly, imbuing them with a complexity and vibrance. The Puncheon cask malt whiskies impart their subtle notes essential to the delicate base of the Yamazaki Single Malt.

YAMAZAKI MIZUNARA
Mizunara is a species of oak native to Japan and is considered the signature enhancer giving Yamazaki its quintessential Japanese character and elegance. Whiskies which undergo a long maturation in Mizunara casks take on a distinctive Japanese spiciness and incense-like flavor of sandalwood and agarwood. The Yamazaki Mizunara Single Malt Whisky is comprised of meticulously selected long-matured malt whiskies showcasing the rare, distinctive beauty of the hand crafted Mizunara casks. The Mizunara cask malt whiskies impart their enigmatic spicy notes essential to the signature taste of the Yamazaki Single Malt.

Posting....
We use cookies to ensure that we give you the best experience on our website. If you continue to use this site we will assume that you are happy with it.OkPrivacy policy