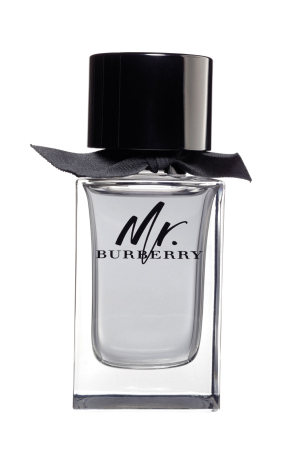 Burberry is hoping a male lover can help in the ongoing turnaround of its beauty business. The British luxury brand will unveil its latest men’s fragrance, Mr. Burberry, in April 2016 in the latest phase of its strategy to build a major beauty business in-house after taking back its fragrance and cosmetics licenses two years ago.

The Mr. Burberry launch will be accompanied by a capsule collection of clothing and accessories — including suits, trench coats, scarves, bags, accessories and shoes — echoing the strategies for Burberry Brit for men and women and My Burberry for women.

The woody herbal eau de toilette, created with perfumer Francis Kurkdjian, has top notes of zesty grapefruit, tarragon and cardamom, a heart of birch leaf, nutmeg oil and cedarwood and a drydown of sandalwood, vetiver and guaiac wood. The ingredients are inspired by the heritage of British male perfumery, noted Cattaneo. “Mr. Burberry is a structure of a classic aromatic fougère that has inspired so many famous fragrances, but this has been totally remodeled and remastered to introduce a radically contemporary creation in its proportions and ingredients,” she said.

The neck of the bottle is tied with the same gabardine material Burberry uses to make its storied trenchcoats, and the cap incorporates the Bakelite Burberry uses for the trench’s buttons.

Steve McQueen shot both the print and TV ads, which feature Josh Whitehouse as Mr. Burberry, supported in the TV commercial by Amber Anderson (who is also the face of Burberry cosmetics), and a soundtrack put together by Benjamin Clementine. “It’s a great pool of British talent that Christopher put together to tell this story,” Cattaneo said. Both TV and print advertising will begin running globally in April.

Globally, the men’s scent will be sold in about 25,000 department and specialty store doors including all major airports worldwide.

The brand will also launch a new women’s scent in February. The fragrance, My Burberry Black, is intended to be a sensual flanker to the house’s My Burberry pillar, which was launched in September 2014. Perfumer Kurkdjian worked with Bailey to create the eau de toilette, which has a top note of jasmine flower, a heart of candied rose and peach nectar and a drydown of amber and patchouli. It will launch exclusively at Harrods and on harrods.com in February before rolling out to the Middle East in May and elsewhere globally in September 2016. Customers will have the ability to personalize their bottles with up to three initials via burberry.com or at selected retailers.

← 21 years later: A new ck fragrance for the Millennial generation