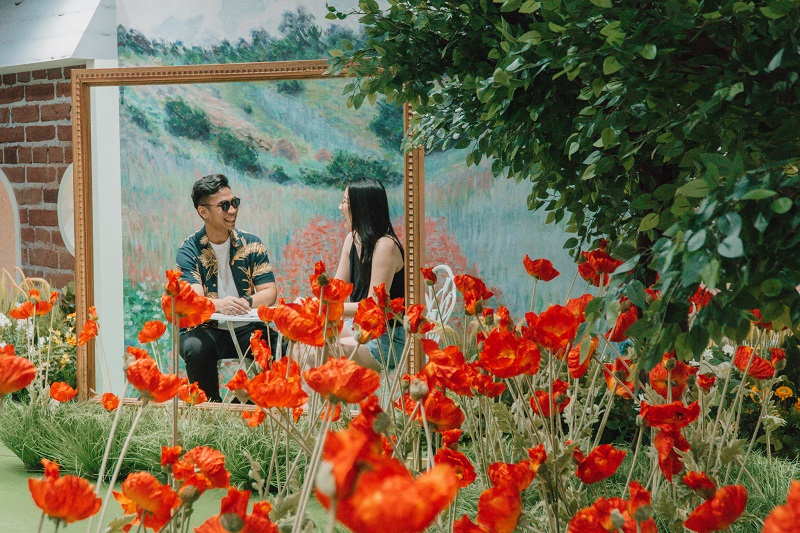 Eight new-to-Changi concessions in the landside have been awarded since September 2022. All public areas’ shops in Terminals 1 and 3 are now open, with new ones coming in Terminals 2 and 4.

Against the backdrop of a strong recovery in passenger traffic, Changi Airport has attracted more brands to join its tenant mix in the public areas of the terminals, bringing fresh delights and buzz to travellers and visitors ahead of the year-end travel peak. Eight new-to-Changi concessions have been awarded since September and most have started operations, so visitors can look forward to a greater variety of food and beverage (F&B) outlets to satisfy their palate.

All the shops in the public areas of Terminals 1 (T1) and 3 (T3) are now open. New F&B outlets that have recently come onboard in T3 include Sushi Deli, which offers takeaway Japanese bentos and sushi at affordable prices, as well as Superfood Kitchen, a nutrition-focused takeout concept featuring homemade protein and grain bowls and burritos at wallet-friendly prices. Nam Nam, a brand under the Les Amis umbrella, that serves Vietnamese food such as pho and banh mi, will start operations later this month. At T3 Basement 2, a new F&B outlet offering dual concepts of fusion Peranakan cuisine and artisanal ice-cream – Noyah La Maison & Zero Degree – will also commence operations by mid-December.

Over at Terminal 4, a variety of F&B and retail outlets have also been delighting passengers since it reopened on 13 September. New entrants to Changi Airport include Japanese dining restaurant Aji Ichi, which is slated to start operations in January next year.

Ms Phau Hui Hoon, Changi Airport Group’s (CAG) General Manager for Landside Concessions, said, “Since the easing of Covid-19 measures in April, landside sales at T1 and T3 have rebounded strongly in line with passenger traffic recovery. The majority of the F&B outlets are now performing at pre-pandemic levels. With the increase in footfall alongside the opening of the revamped Terminal 2 and Terminal 4, we have made use of the opportunity to refresh the tenant mix and provide visitors with a rejuvenated dining and shopping experience. The new leases also reflect the confidence that brands and retailers have in the recovery of the Changi air hub.”

Several new-to-Changi brands have also started operations in the revamped Terminal 2 (T2), where the southern wing of its departure hall reopened on 11 October, following the resumption of arrival operations at the terminal in May this year.

They include PappaRich, a Halal-certified restaurant which serves a wide variety of hearty Malaysian staples including its award-winning nasi lemak, Kuala Lumpur Hokkien Mee, Penang Char Kway Teow, and its own Hainan Bread that features a 70-year-old recipe; and GO Noodle House, a casual eatery known for its superior fish bone broth that is made with 14 different fish found in the region and mi xian noodles from Jiangxi. 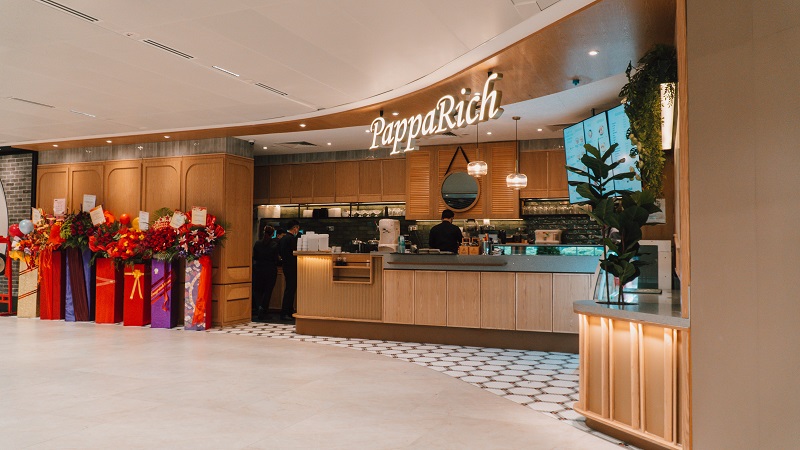 Sebastian Low, Chief Executive Officer of PappaRich Singapore and Managing Partner at GO Noodle House Singapore, said, “We have been looking forward to the reopening of borders and the return of travel. In our hearts, Changi is the best airport in the world, and the reopening of T4 and the revamped T2 has injected a lot of excitement into the F&B and retail scene. This is why we are focusing our efforts on our brands at T2 as travel returns to normalcy.”

Follow the trail of the aroma of freshly baked confectionery wafting through T2 and grab some mouth-watering, freshly-baked bread and waffles from Levure Naturelle. Besides all these new brands, other familiar F&B names that have restarted operations in T2 include Heavenly Wang, Starbucks and Chutney Mary. 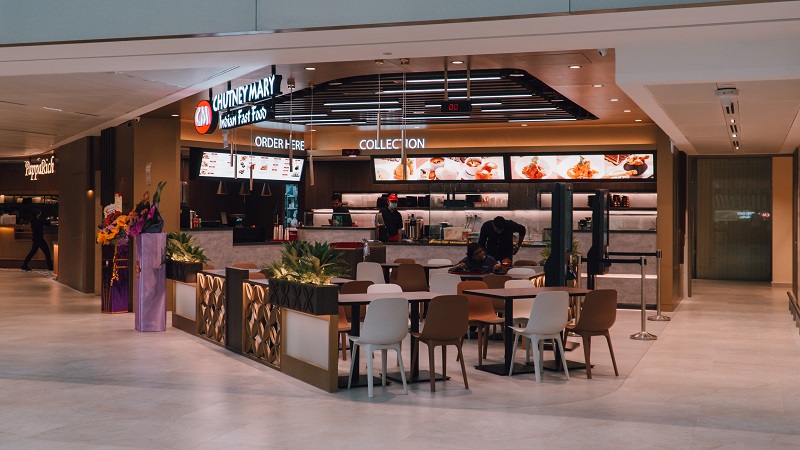 While the foodies satisfy their hunger pangs with delectable offerings, art enthusiasts can immerse themselves in a Monet-themed art installation, Monet – A Journey through Seasons at Changi. A joint collaboration between CAG and the Museum of Fine Arts, Boston, the walkthrough space celebrates some of Monet’s most representative landscape works that he painted of his native France from the 1870s to the 1900s. Be inspired to travel the world again as you traverse through the frosty village of Vétheuil, north of Paris (Winter), the sun-drenched capes and coasts in the Côte d’Azur region (Spring), the poppy fields and lily ponds in Giverny (Summer), as well as the rocky cliffs of Petites Dalles on the English Channel coast (Autumn). 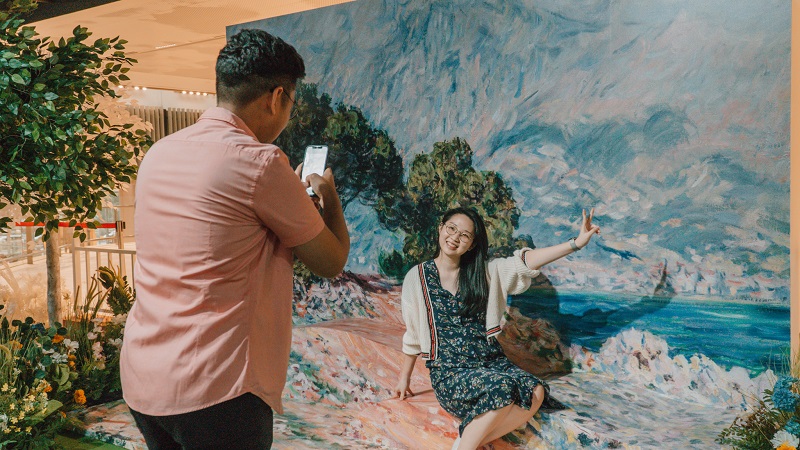 Football fans can look forward to adrenaline-pumping action as the world’s most prestigious football tournament descends on Changi Airport. Grab some snacks and beverages from the nearby eateries and make yourselves comfortable at ST3PS (T3 Basement 2), where live matches will be screened starting 20 November. Click on the link below for the screening schedule. 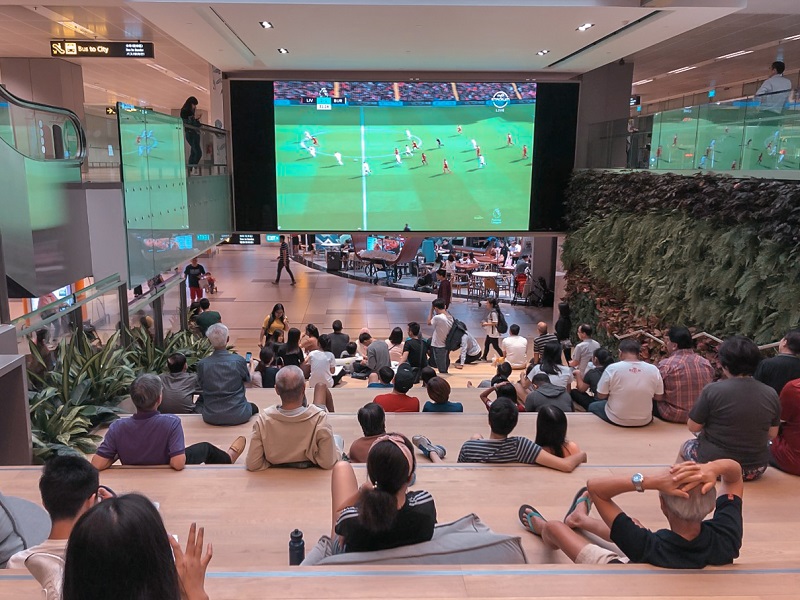 For a full list of retail and dining outlets across Changi Airport’s terminals, visit www.changiairport.com. 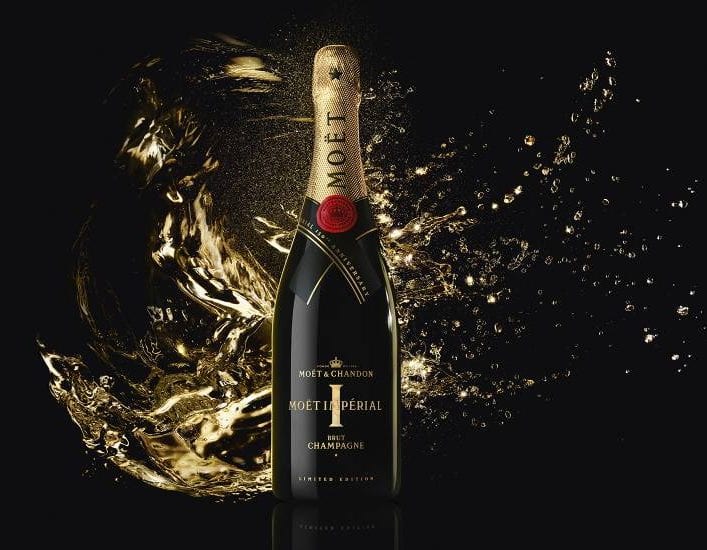 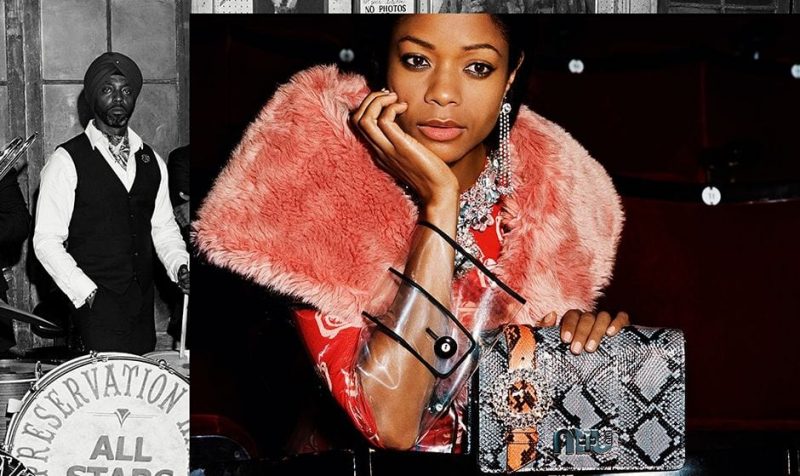